The main reason we only camped for one night is not that I am a prissy asshole (but, also, yes).  It's that Harry (and Ben, the team coach and a REALLY BIG DEAL) had a baseball tournament i a neighboring town.  I say neighboring, but it was an hour away in the middle of freaking NOWHERE.

The first thing we did after dropping Ben and harry off at te field was find the greasiest spoon we could find and have breakfast.  It was so good the kids begged to go back the next day, and I am not one to refuse a greasy spoon. 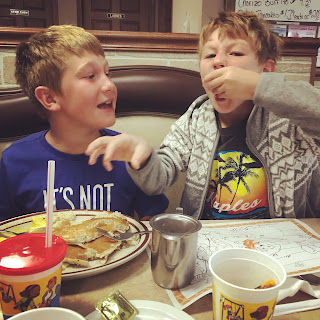 Then we busted out our iPads and covered ourselves with beach towels and pretended to be NOT OUTSIDE. 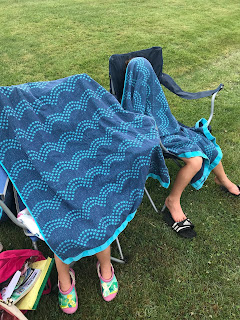 Ben wore some truly unsettling shoes and socks.  THEY WERE GOOD LUCK. 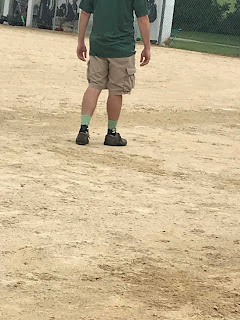 The snow cone truck showed up THANK GOODNESS, and Dorothy and Cooper's shade towels (originally brought along for use on wet playground equipment) became the perfect full-body bibs. 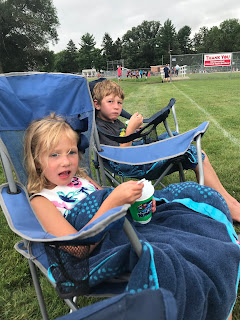 The kids got REALLY BORED as the second game (the team played back-to-back-- like, they never left the field!) unwound, so I just kept plying them with snacks. 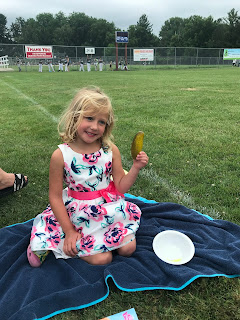 MOTY, clearly. (He;s not actually missing teeth from normal kid losing teeth stuff. THEY ROTTED OUT OF HIS HEAD  because I let him drink Pepsi.  Kidding.  BARELY). 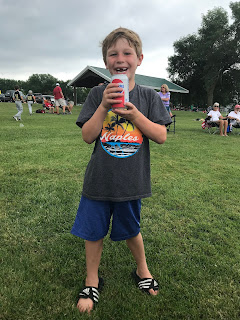 The won their games!  Both of them! 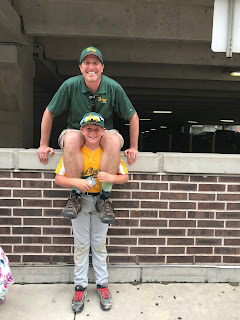 The next morning, we were back at it gain bright an early. 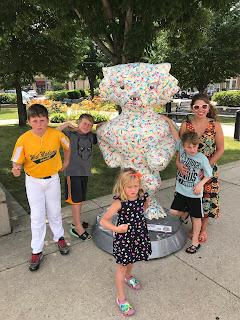 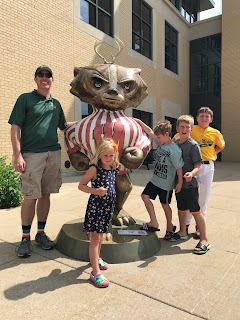 Back to the greasy spoon! 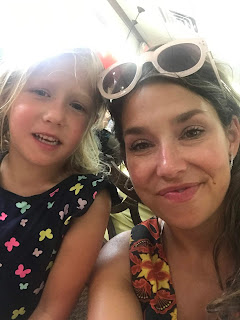 Also!  We upgraded our set up with an umbrella and a sports wagon (that my smart friend Virginia takes to the library to haul books-- GENIUS. 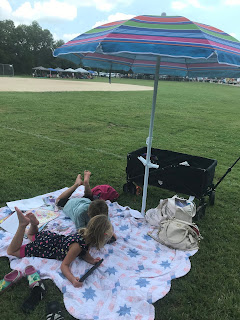 The team lost and did not advance to the championship game, so we drowned our sorrows in the best ice cream ever.  I told Cooper it was a metaphor but he tried to literally drown in ice cream. 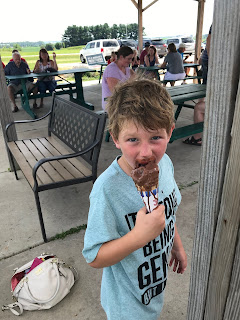 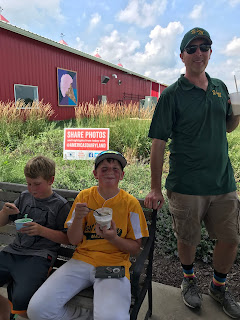 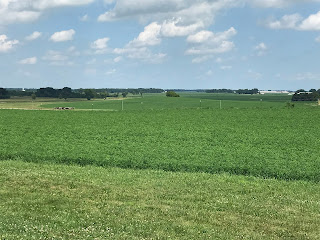 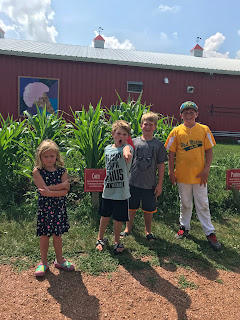 We liked it so much we bought a squeezey cow. 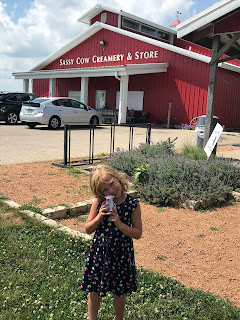