GAH!  Parents of first kids are the WORST.

Last week at tee-ball, I was having a great time watching the kids play and taking pictures with my real camera when I overheard a mom say really nastily on the sidelines "I mean, is there even a snack sign up?  There is no communication, and I don't even know what's going on."

Now, you guys.  THIS IS TOTALLY LUDICROUS because the park district is ON TOP of this team.  They have 2 employees running the game-- one at the tee and one at first base-- and another checking in players before the game starts.  There is literally NOTHING for the parent volunteer to do but tell kids where to go when they are running bases and make sure no one gets hit with the bat waiting for their turn.  THAT IS IT.

The lady who said this was clearly embarrassed when her husband replied, "She's sitting right there" and hooked his head in my direction.  She reacted exactly as I would have, by getting visibly pissed off and shoving all her shit in a bag and hustling her (3, tiny, adorable) kids off the field.  I hope by the time her baby is playing tee-ball her now-5-year-old has moved on to ACUTAL ball, and she knows where tee-ball fits in the grand scheme of a child's life.  Right now, though, my lagging snack emails ARE KEEPING HER SON FROM HIS VARSITY LETTER AND COLLEGE SCHOLARSHIP, so I completely understand the angst.

(And we are still first parents of a kid and are still the worst-- just not in this context anymore).

I wanted to be like "Have another baby and you'll literally forget tee-ball is even happening," but instead I used the team communication app (which, you guys, THERE IS A TEAM COMMUNICATION APP. If you are super worried about, um, communication, send a message?  Maybe?  Also: consider VOLUNTEERING to coach? If you have strong ideas about how things should be done?) to send a link to a Sign-Up Genius I made on my phone in literally 3 minutes with the message "I heard from parents that a snack sign up would help the team *smiley face**"

Also Ben coached this week. (Along with 2 other super nice dads who were so eagerly involved I wanted to ask them if they had ever thought of, um, volunteering to coach.)  And I!  Took pictures.

Because annoying or not, tee-ball is adorable! 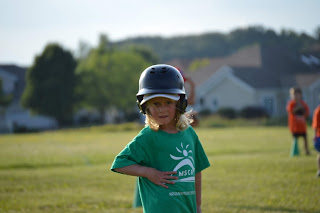 THIS IS HOW I FEEL, TOO: 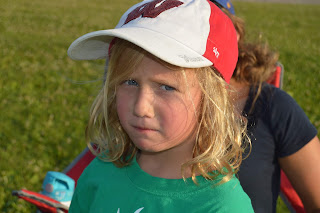 The moron who can't even send a damn snack sign up: 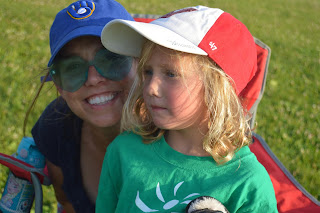 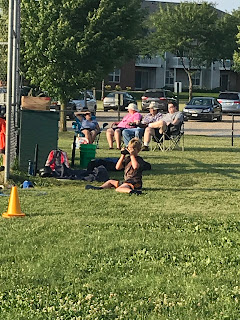 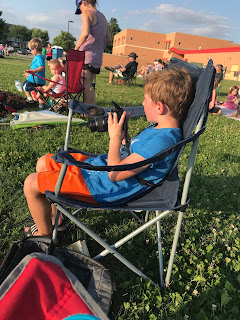 Smiles even while she runs the bases: 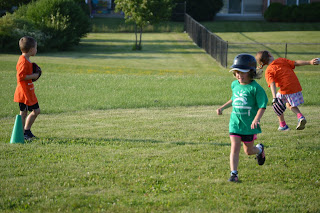 Oh look THE PARK DISTRICT EMPLOYEE who runs the game and also Ben who is simultaneously preventing the kids from standing too close to the tee AND directing runners.  Bam! 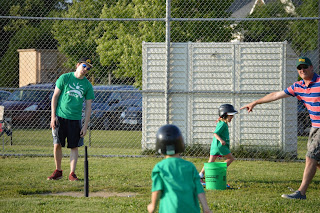 And!  I know that I forgot the game last week, but the team communication app SENDS a reminder EMAIL about each game.  So the parent volunteer doesn't even have to do that.  ROBOTS are coaching the team, so everyone can chill, man.

You know how I would feel if somehow the snack signup for a 30 minute long kids' activity was overlooked? Really effing grateful. Lady needs to CHILL.