The American Girl Benefit Sale, AKA my favorite weekend of the summer!!

Thanks to Madison Mom's Blog, I got to go to the preview sale on Thursday, and it was so nice to be in the warehouse with room to walk around and actually take pics.  Seriously, how awesome is this stuff? 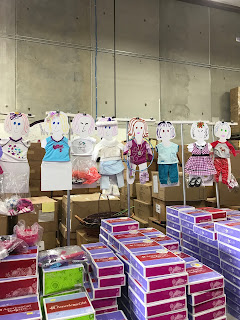 I did not buy Julie's awesome pink and orange bathroom, even though Dorothy really wants it because WHERE WOULD I PUT IT?! 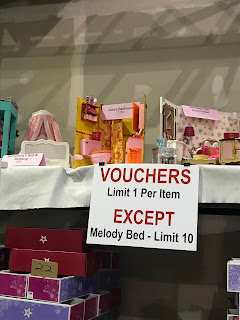 You guys!  Look at all these dolls! 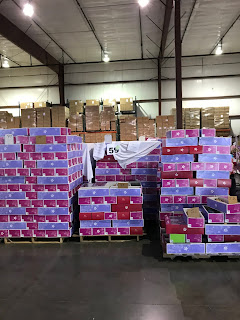 I only bought a few things-- a couple of mini dolls, some Wellie Wisher PJ's, and a couple of play food sets.  My goal was to keep it under $50, since I knew I;d be going back on Saturday with my mom. Jack had his last Friday night dive meet of the season, and we scored a new Bucky! 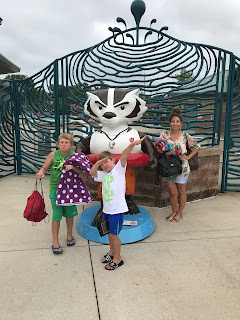 And Jack scored another third place ribbon!  He has had a terrific season, and he has the city-wide championship meet on Tuesday. 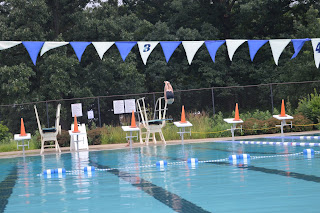 Dorothy and I also had Friday night tickets to an American Gril PJ party at the children's museum.  It was adorable! 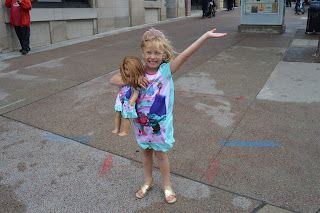 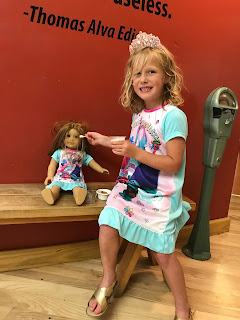 Oh!  And!  In other banner news, I MADE MACARONS FROM SCRATCH AND THEY WERE AWESOME. 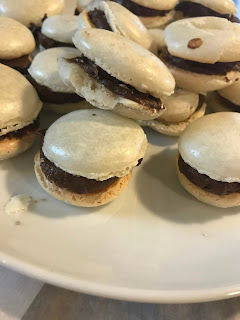 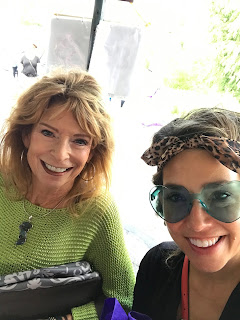 And brunch to celebrate a successful haul! 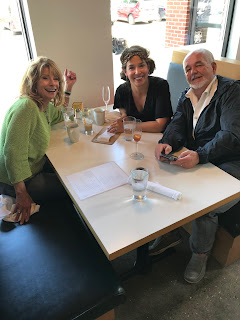 The worst part of the weekend was Saturday night when we took the ids swimming at my parents' hotel and noticed that the hot tub was closed.  Because there was giant load of POOP in the bottom of it.  Poop that the front desk told us was SAND.  Um.  NO WAY.

But other than that minor little thing?  Another great American Girl sale weekend.