Poor Dorothy was feeling so under the weather after school on Friday that she finished her lunch and chirped that she was going to bed to take a nap, AND SHE DID. 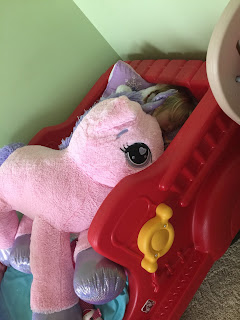 Then she woke up, "read" her favorite book, and went back to sleep 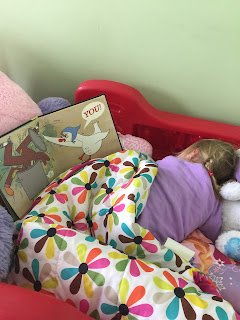 Luckily, though, she rallied so that we could go to all of the stores in a 15-mile radius to find a fucking SLED because we are down to only 2, and there are 4 kids, and what a pain in the ass it is to try to do a family sledding event with 4 kids and 2 sleds.

Menards for the win. 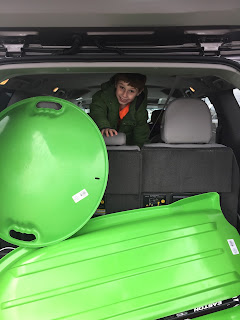 I gave the boys the super fun task of sorting through our huge change jar to pull out all the quarters in anticipation of a game room at our hockey tournament hotel. 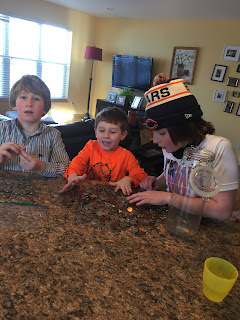 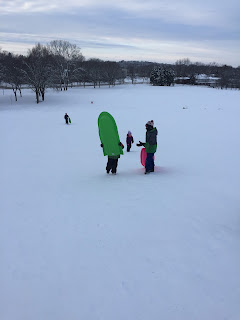 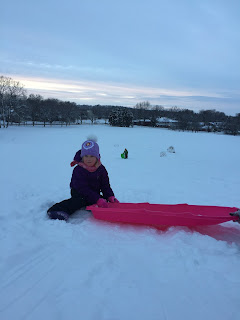 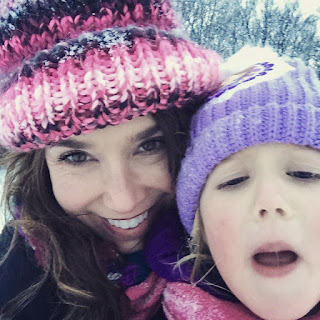 Saturday, we packed up the car and headed to Marshfield for a hockey tournament.  Super fun, and I really wanted to go because last year Dorothy and I sat the out of town tourneys out and Ben and the boys had a blast. And now that Ive gone, I will just say that Ben can go to Green Bay by himself next month.

The kids, though, have become excellent hockey spectators. 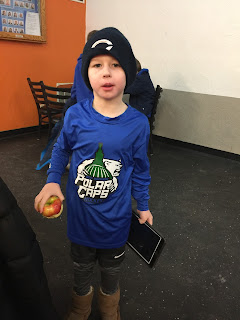 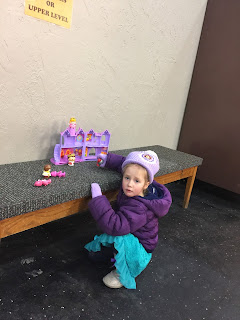 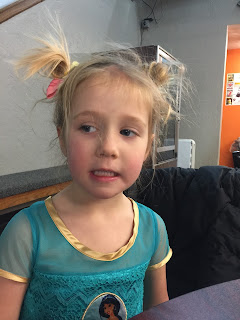 And they love a good skeezy hotel pool. 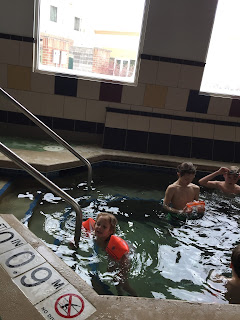 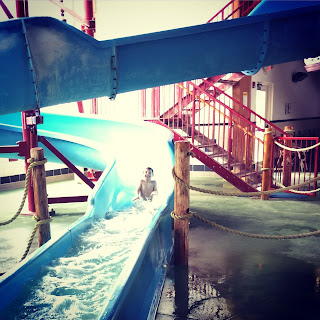 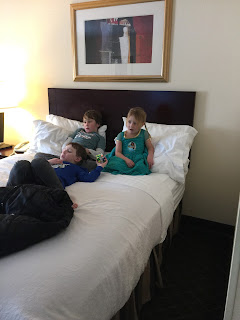 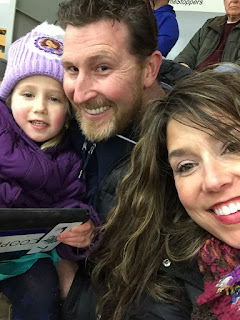 Family slumber party.  Everyone asleep by 8:45, including us.  We were going to watch a move on HBO family, but Dorothy and Cooper thought the Sesame Street 2-minute spot before the move was the movie, and we totally went with it. 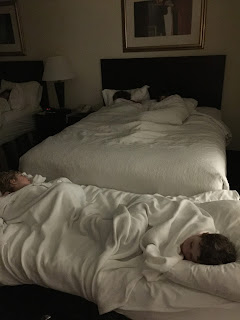 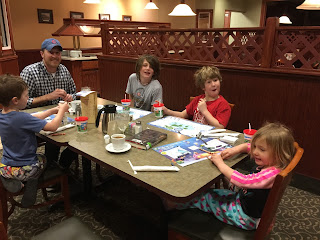 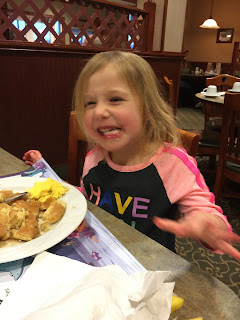 The team Harry's team played in the semi-final was SO GOOD (because they are a AA team playing at an A/B tournament with his kind of weird).  But the game was closer than that scoreboard makes it seem (LOOK AT THE SHOTS ON GOAL DISPARITY). 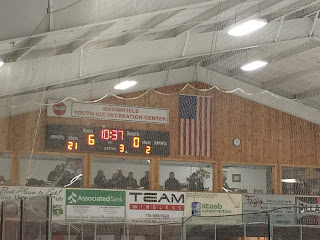 On the way home, we stopped at Chili's for lunch, and the kids loved it.  They asked why we had never eaten at such a wonderful place before.  We were like um because Chili's sucks, but then we got the check and it was only $38.  We can't even eat at Chipotle for $38, man.

Dorothy and I passed the time by taking a series of ridiculous selfies. 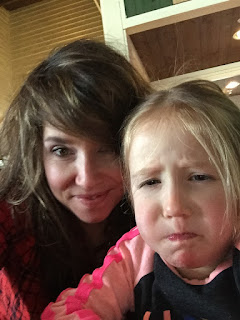 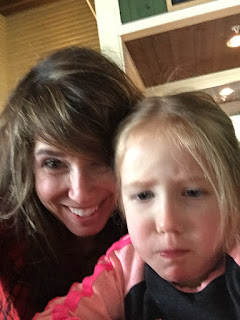 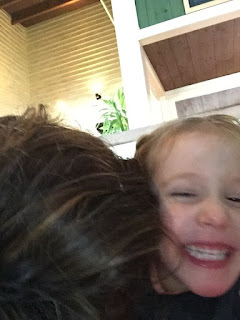