In Which We All Act Dumb in Our Jammies

The other morning, Harry woke us up at 5:30 by yelling "Mama! Dada! Mmmmmm!" He only says "mmmmm" when he's hungry, but at first, we didn't believe he could possibly be hungry at such an early hour, and we dismissed his cries as a clever ruse. He insisted, though, so we got up and went downstairs where Harry ate a scrambled egg, a bagel with cream cheese, a yogurt, and a banana. Mmmm indeed.

Saturday morning, he woke up at 5:30 again, sounding disturbingly chipper. We left him alone, since he was playing happily with his cribful of stuffed animals, and we were almost back to sleep when he started yelling, "Hep! Hep! Mama! Dada! Hep!" We rushed into his room to find him sitting up with his legs sticking through his crib slats, stuck at the meaty little thigh. When we pried him out, he was happy as can be and WIDE AWAKE.

Even though these pictures were taken before 9, we'd been up for literally hours.

Harry couldn't decide whether to rock or spin. 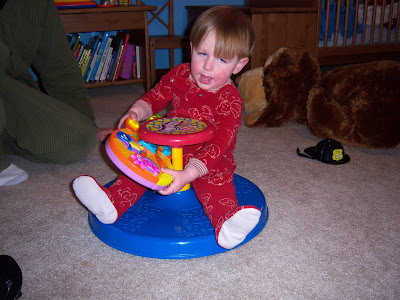 He went with both. 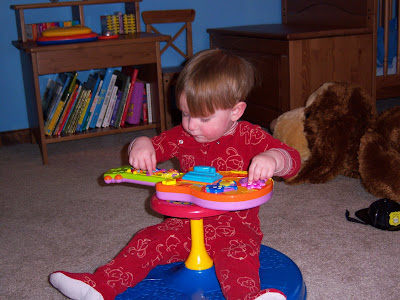 And this teeny hat. 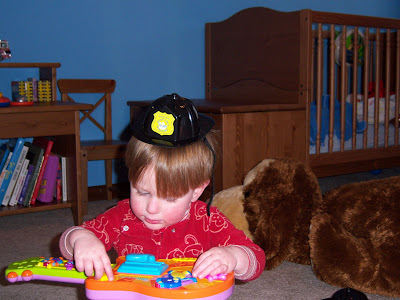 Ben showed him how the master does it 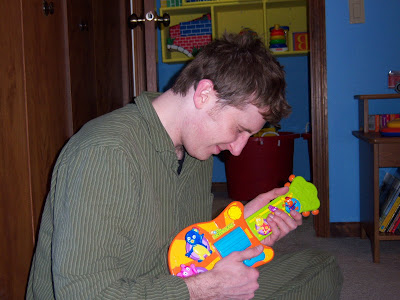 We don't eff around with Ciifford in this house. 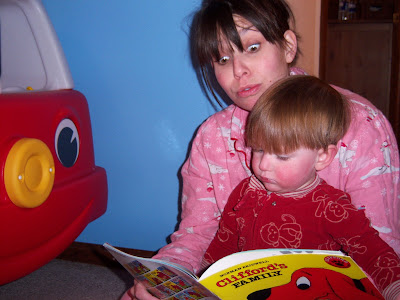 Oh my gosh! Where are Ben and Harry? I can't see them anywhere! 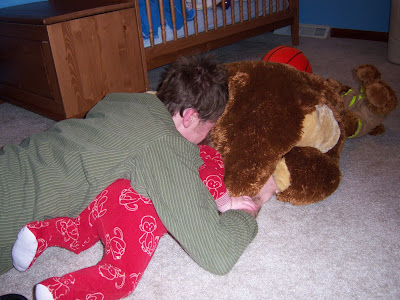 He WAS hungry! Crazy. Eighteen month sleep regression? What a pain! I hope he starts letting you and McLovin get some sleep.