The other day, Harry grabbed the cupcake pan from the cabinet and took it over to his kitchen, saying "Muffies," which is probably the cutest thing he's ever said. Well, he says monkey pretty cute, and he calls markers markies, which is cute, too, but muffies just really appealed to me. So, last night we indulged his craving. (Also my craving, coincidentally. I have been htting up the Starbucks blueberry muffins pretty hard lately. Especially since that study about caffeine came out and retroactively scared the crap out of me. So blueberry muffins and decaf cinnamon dolce lattes it is).

First, Harry played around with the the muffin cups and the pan 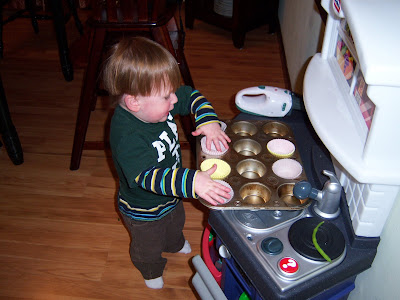 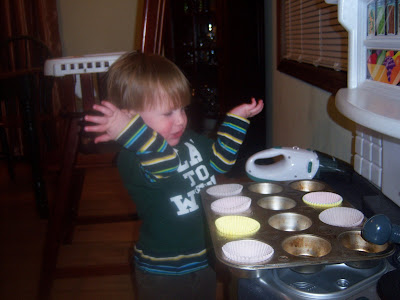 I died laughing when he tried to cram it in his oven (which was already full of salt shakers and peas, duh) 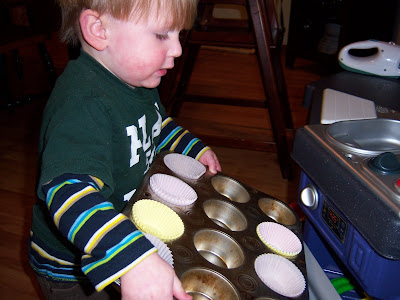 Then I actually made the muffins, and Harry went batshit crazy. Turned out he just wanted to lick the bowl. And who can blame him? 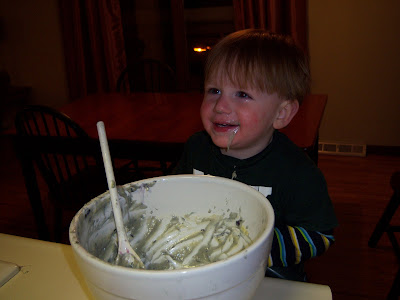 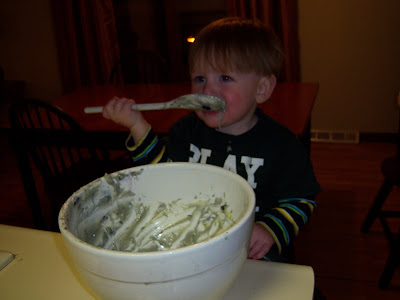 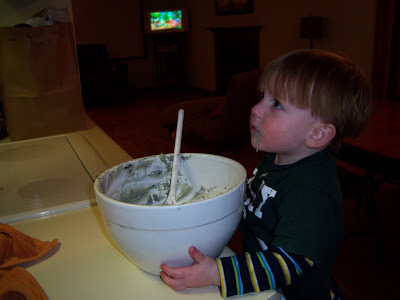 Sadly, in this video, he claims to be making cookies (tooties), not muffies, but its still pretty adorable.

Totally know I am biased but that is by far the cutest video ever.

what a wonderful way to end my day of doing not much productive...he's wonderful, marvelous, and oh so smart...Bomma

So cute!!! I love him trying to fit that huge pan in the oven and stirring them with the spatula. So much fun.

That caffeine study not only scared the crap out of me it made me feel incredibly guilty. I took my qualifying exam while pregnant with Charlie! Enough said.

This is so cute! I love the Tah Dah