Strategy of the Clean Slate

Jack looks forward to his day going to work with me all year.  Because, obviously, he is the sweetest person in the world.

Yesterday, though, we had to start our day at the Apple Store because Cooper knocked my phone out of my hand at the pool last night, and I dropped it on the concrete and it shattered in a million billion pieces.  This sucked especially badly because I had already shattered that phone twice, so I was out of $30 Apple care screen replacements.  And also, I dropped that phone at least 6 times that very day with no bad results.

Luckily, though, I've had that phone forEVER and it was time for a new one anyway.  Yay!  But boy does Apple make it hard for them to take my money.  We were there for a solid 60 minutes, and we were the first happy assholes through the store doors.  JUST GIVE ME A (regularly sized-- I wonder if I dropped my phone so much because it was so big) PHONE ALREADY. 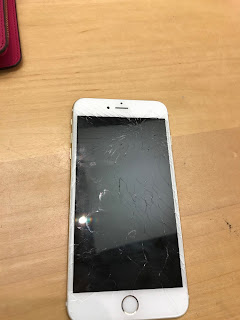 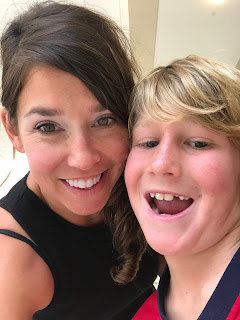 He loves to have lunch at the cafeteria across the street from my office, and I love to watch him carefully selecting his food and condiments and drink.  It is so cute.  Especially because he brought his computer yesterday, so he was carrying his backpack. 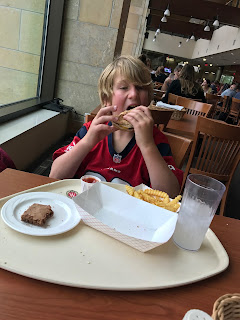 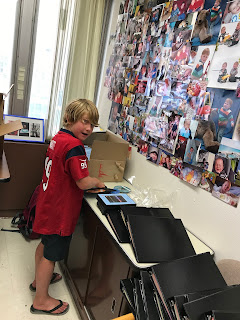 I decided to outsource all of my vacation prep shopping to Amazon this year.  NOT A BAD IDEA. 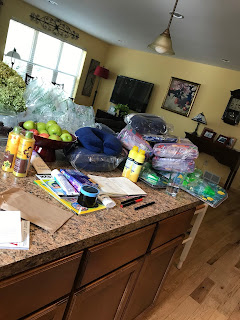 Phone dropper.  Who wore his pajamas all day yesterday because SUMMER. 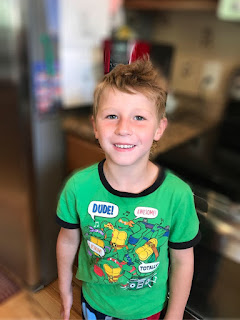 On a serious note, I have decided to use Gretchen Rubin's strategy of the clean slate to work on my social media usage.  On this new phone, I am not going to use any social media apps when I am not on wifi.  So that means no Facebooking on a million-hour car trip, among other things.  I discovered FB right after Jack was born, and I feel like social media was really there to get me through the rough days of young motherhood.  I could turn the slog of diaper duty into a kind of performance, and it wasn't so overwhelming.  But now my kids are older and easier and I like hanging out with them and I need to do it without a phone in my face.  Plus also, my FOMO is out of control lately, and I need to start cultivating happiness in my real life.  Does this make sense?  So, less Facebook.  Or, conversely, maybe I will seek out more free wifi.
Posted by Sarah at 5:25 AM

The FB wifi thing has been a game changer for me! I love FB, and it's great for keeping up with family and friends. So I left IG alone because it doesn't hold the same hypnotic appeal and allows me to still post in real time, since otherwise I wouldn't at all. Now I just have to solve the phone-at-home issue...