The summer of baseball

This summer we have seen a college game, a minor league game, t-ball, rec league machine-pitch baseball, and more Little League games than we can count.  We have plans to see our home-town minor league team and a major game (or 2-- shhh-- don't tell the kids...), but first!  We get to go to our very first BASEBALL TOURNAMENT.

(And the practices!  We have like 7 a week between all of the kids.  So basically, I live my life in the car.  Good thing I have a swagger wagon).

I think it'll be more fun than a hockey tournament because it is outside in gorgeous weather, but baseball games are loooooooong.  And the pacing is nothing like hockey.  But still!  Harry is SO EXCITED to be on a tournament team, and he got some super cool merch.  A pullover to practice in and wear around because he thinks its sooo cool, and has his name and number on the back, 2 cool hats, a snazzy belt, a jersey to wear for fun and a tournament jersey.  Plus he suckered Ben into 2 new pairs of sliding pants.

He got dressed to the nines for practice yesterday morning: 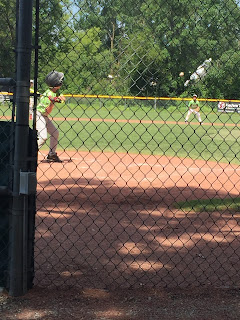 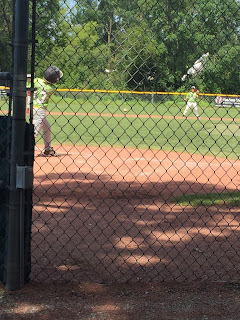 And, by the way, I was the ONLY helicopter parent there.  But I was interviewing potential TAs on the phone, and it was shady and gorgeous in the park, and Ben had all the other kids at swim lessons, so I just stayed.  I mean, nobody likes the guy who's making calls in the middle of Panera, KWIM?  Also, SNOWFLAKE.

Speaking of, would you look at this pretty girl? 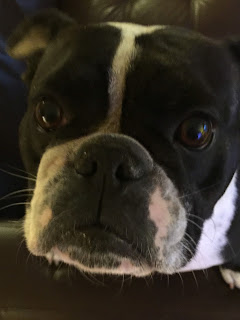 BIG BROTHER viewing continues.  Jack is probably going to be on that show someday and he'll be like "I am a super fan. and I have been watching this show since I was 8 years old."  I am a bad influence.  But that's true in a million different ways. 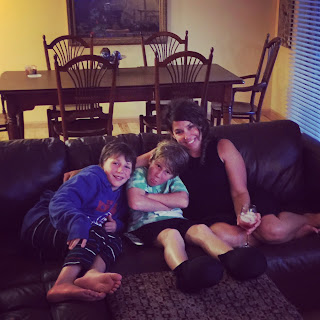