I am so tired that I just pulled up at the library and fell asleep in my car for 40 minutes.  Oops.  And now this blog post is going to be TERRIBLE because I have, like, actual WORK I gotta do.

It seems like a million years ago and was full of errands, work, kid time, and a perfect night with friends at a local brewery that has "backyard" concerts from May- September where you can bring your family and even your dog (Bea stayed home to nap) and takeout food.  It's completely perfect with wonderful beer, especially now before the bugs are out in full force.  Jack had his own best night ever with back-to-back birthday parties at a trampoline park.  I dropped him off for 4 blissful hours of jumping and ninja warrior training, grabbed a pizza, and took the other 3 kids to the brewery.  Ben worked late and stopped in to shepherd Jack from party to party and then met us and we stayed until bedtime (and time to pick up Jack).  It was perfect.

Saturday we jumped out of bed early and went to have breakfast with Ben's parents to say goodbye to their house that they officially sell on Friday.

If this was my parents' house in Pekin, the kids would actually ride in this truck. 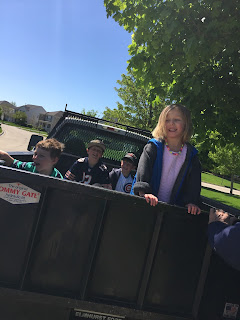 We hit up a nature center, and Jack impersonated all of the animals: 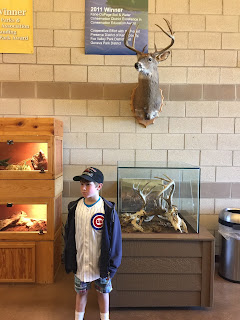 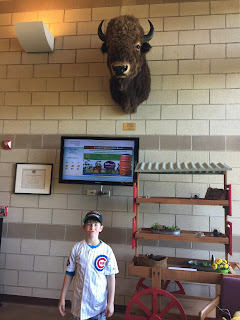 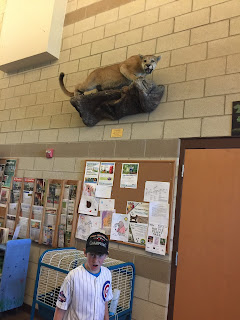 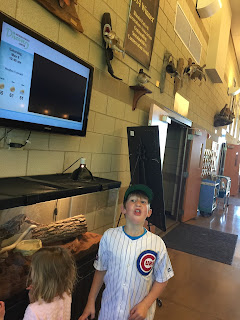 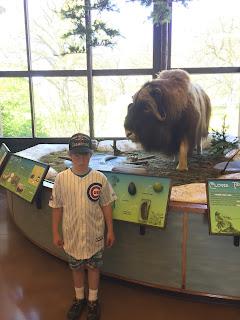 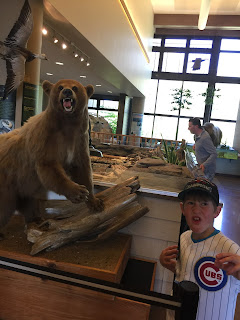 Dorothy and Cooper are always interested in trash by the curb, and this bike was NO EXCEPTION. 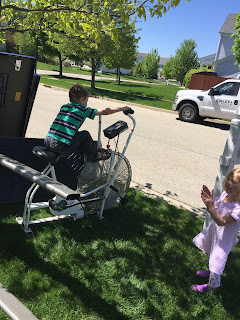 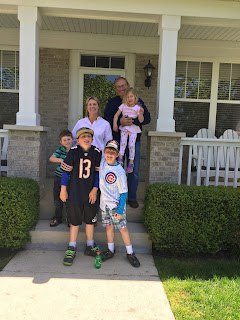 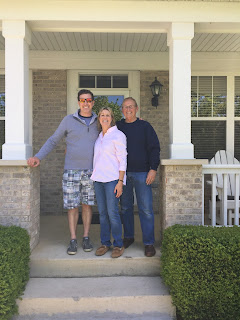 We had to rush back to Wisconsin because Dorothy had a very important birthday party, and Harry and Ben had a baseball game.

Harry's team won their baseball game, and who knows if Dorothy and Cooper won their soccer game because nobody keeps score.  Except for Cooper who knew right away that they lost, which is why Cooper is the best.

Someone called me a great mom in a non sarcastic way at baseball because I brought a blanket and packed dinners and the kids ate nicely and then went to play on the park.  It was lovely. 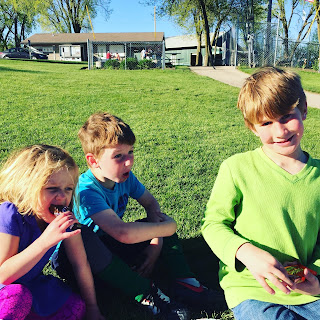 Unlike his siblings, Harry enjoyed a ballpark hot dog and root beer float after the game, so I am clearly not a great mom for real.  He also said "Don't I look dumb" to me as he ran toward the concession stand with a $20 when all he needed was $1, and then right when I said that he fell down in the gravel and the timing was HILARIOUS and I laughed and laughed,  See?  Not a great mom. 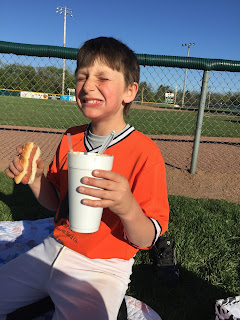 She really wanted me to take a picture of her sandwich face. 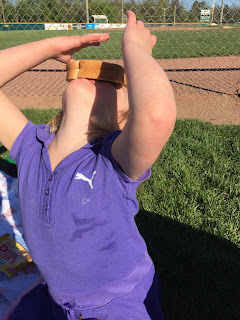 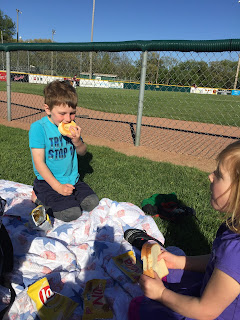 He also takes jobs very seriously and was THRILLED to help Windex the doors and mirrors yesterday.  About midway through the task, he was like, "Oh, we don't drink this," which made me think he probably needed more supervision. 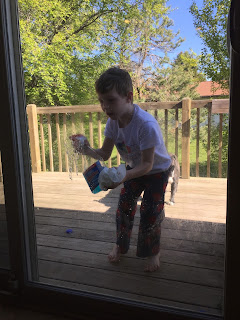