I was obviously not thinking of my blog at al when I only took 2 pictures all day yesterday, one of the breakfast the kids requested before a super high stakes day of standardized testing (if I rolled my eyes any harder, they would ofr sure fall out of my head) and one of me wearing a t-shirt of Ben's that I rescued from the garage sale bin because OF COURSE I DID ITS AMAZING. 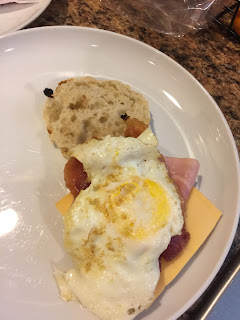 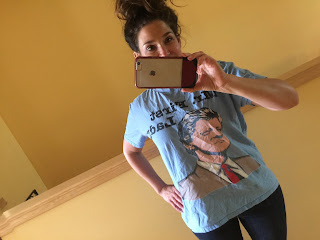 Dorothy and Cooper had a preschool picnic last night, so we all went, Ben joining us after his late class (last one of the semester! we made it!).  It was great except that we were gearing up for a night of severe weather and Harry kept checking his radar on his phone and FREAKING OUT.

I am happy that the picnic helped us end the day on a relaxed note because I spent the whole afternoon assembling and re-assembling a rolling clothes rack for the fucking garage sale.  One time it broke because I put the wheels on at the very end and knocked it apart.  Once it broke because Harry ht it with a basketball.  Then it broke that way again and I asked Harry and his friend to go find another hoop which made Cooper freak out because he loves it when his driveway is brimming with big boys.  Then Cooper helped me put it together and it worked OK but when we had hung about 25 items of clothing it broke again.  FINALLY Ben put it together correctly after the kids were in bed. GAH.

I have had four fillings in the past 3 days, and because I wanted them to all be white, they cost $410 in co-pays.  THANKS SCOTT WALKER.  And!  They were all teeth that were already filled!  I have a new dentist, and he is WONDERFUL, but it's been 4 hours and I am still totally numb, so that's kind of terrible. But.  I ate a milkshake for lunch, so all is not lost.

Speaking of!  I found more pics from yesterday!

The kids at the picnic and the picnic Dorothy mad for her dolls in anticipation of the actual picnic: 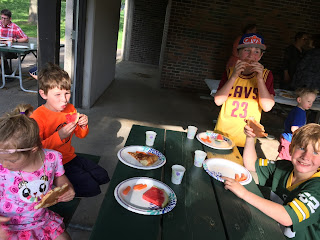 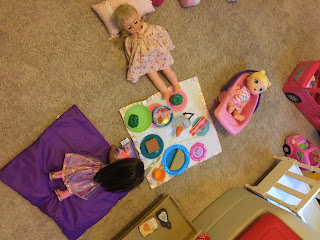 So, OK, I am not going to lie.  I knew Beatrix's birthday was coming up, but I didn't know that it was coming up TODAY until Facebook conveniently reminded me.  HAPPPY BIRTHDAY, Beatrix! We love you and are so happy that you are more of a dog-shaped pillow than a dog.  Also, you are 21 in dog years, so party like it's 1999, cutie pie. (What I mean to say is there's a bacon package in the garbage under the sink:  GO HOG WILD). 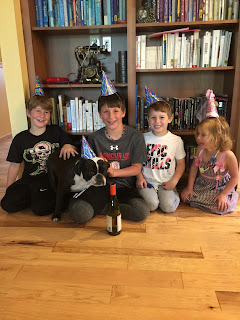