OH MY GOD THE KIDS MADE ME SO MAD TODAY.

Ben spent all day-- like, literally ALL DAY-- staining the deck, so I took the kids to the pool after school, planning to bring them home around 6:30 for dinner.  I also surprised them with new water guns that I picked up while running a zillion errands this morning.

At the end of 2 hours at the pool, they had shattered one gun and lost 2.  I was a little annoyed because it's the second time this pool season (and we have gone 4 damn times) that they have blithely lost their brand new shit.  And!  They aren't even a little concerned about it or willing to FIND IT.

Finally, after I YELLED at them, they tracked down the two missing guns.  And then we left, only for me to discover 2 towels sitting outside the clubhouse along with jack's brand new wiffle ball set and bases, the bases strewn about the grass and the bat BROKEN IN HALF.

I am just SO SICK of them acting like all of their shit is disposable.  GAH.

Also, I should probably eat dinner before 6:30 #hangry.

Ben worked really hard on the deck, but this is his third major outdoor project, and we have fallen into an unsettling summer pattern where I do all of the kid/house stuff while he works outside.  It just reminds me of the nature of lady work versus man work.  His is more arduous, but he won't have to stain the deck again for at least 3 years.  I have thankless, boring, Sisyphean tasks that recur everyday.

She is always mid-sentence 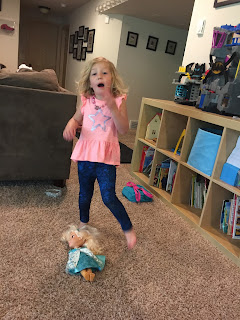 I wanted to take a picture of him in his natural habitat, especially since school is out for the little kids in just 2 short days. 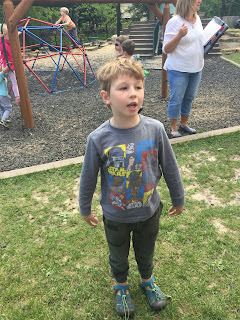 I forgot to add cinnamon to the pan on the left.  DUH. 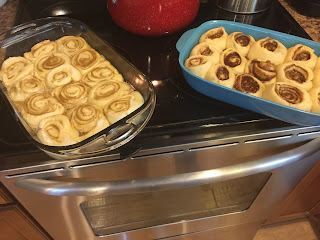 What?  You missed pics of the kids at he pool.  Hang on a sec. 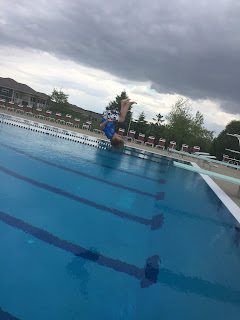 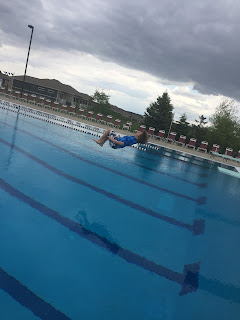 They were the only kids here because it was 60 and rainy. 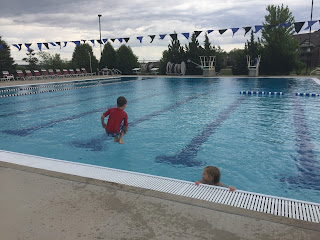 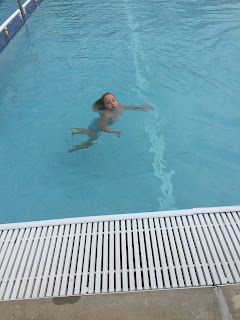 She also needed to take a shower and put on her sweats and do some looking and finding because the pool was FREEZING. 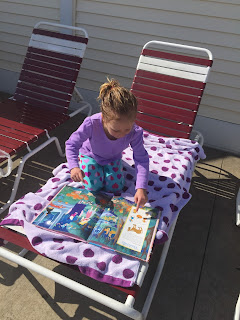 And those are from yesterday when nobody lost or broke their damn toys.  Today I took no pics because I forgot my phone-- and I read 2 books.  Ha!

So will the whiffle bat be replaced? Part of me wants you to lay down the law and tell them carelessly broken items will not be replaced but then I imagine Jack's eyes filling up with tears and it breaks my heart. He's such a good kid. Heck, he has tea parties with his 4 year old sister! So maybe y'all make a rule that you explain to the kids and affects future infractions?

(Don't you love when a non-parent gives you advice? #butiamaveryinvolvedaunt)

The not taking care of shit/throw it all away makes me absolutely nuts. My solution was the institution of allowances coupled with cutting WAY back on what I buy. If they want to break shit they buy, that's their prerogative. It's been interesting to see how each one has managed.