After getting blown out 8-1 last night, Harry's team won their game 7-5 today, and it was SO FUN TO WATCH.  I only got to watch one period because I had to take Jack to a 10:00 am basketball game so Cooper could scream directly in my face for an hour.  BUT STILL.  That one period was amazing.  I cannot even tell you how long I have been waiting for sporting events where people KEEP SCORE.  He has another game tomorrow, but this whole tournament-- fun as it is-- makes me leery of next year when he might be on a team that travels all the time.  This tournament is so fun because we can leave when the game is over and go about our business, but it's not going to be cool to have so much free time in the middle of freaking nowhere in Michigan, Minnesota or Wisconsin probably at a hotel that doesn't even have interior hallways.  And the alternative-- me home alone with all the other kids-- doesn't sound way funner.  So, maybe not a traveling team? 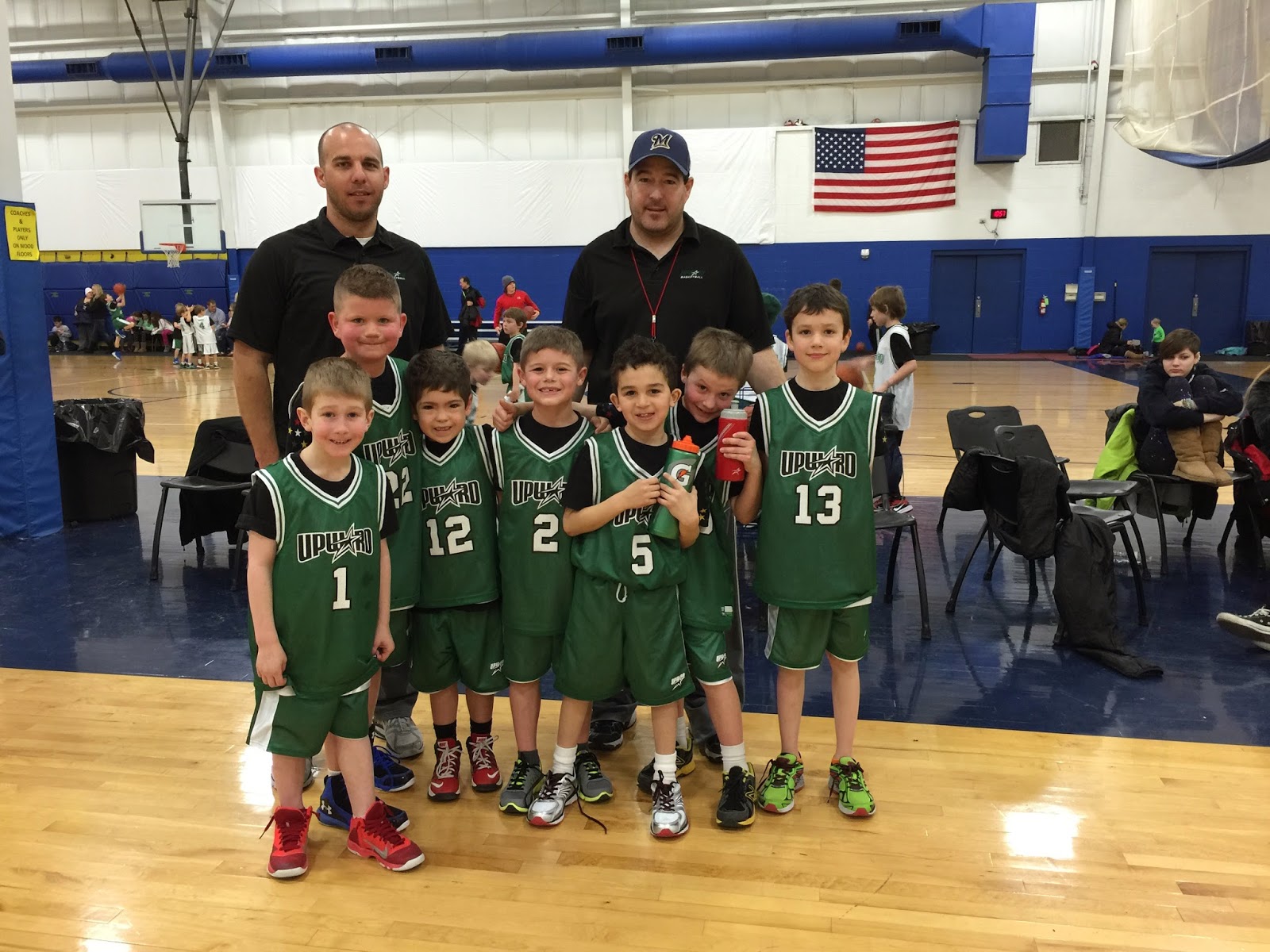 Our reflection walking to the car on this lovely day that's actually not freezing.  It's 36.  No one wore coats. 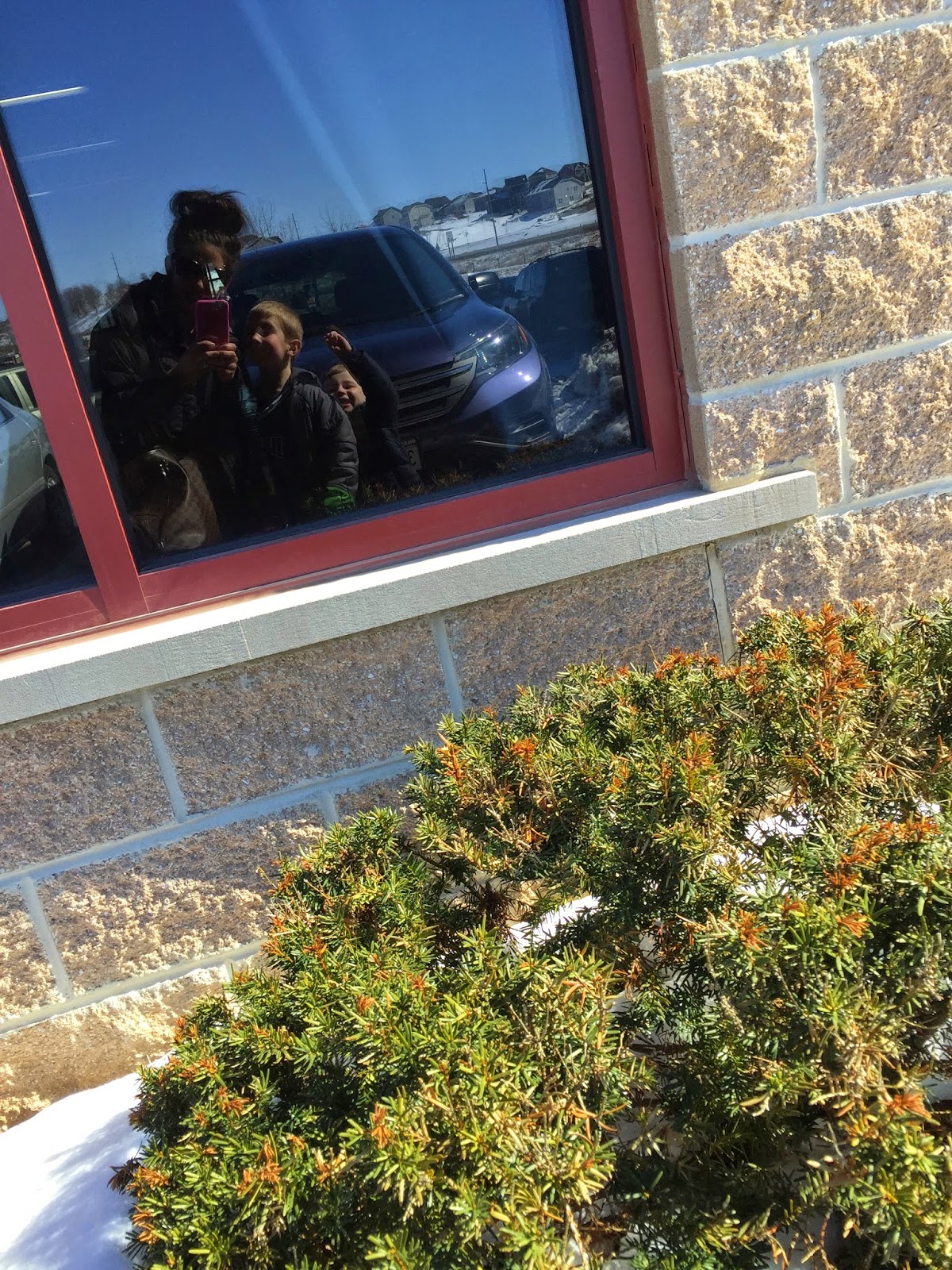