I have been maligning Trader Joe's for months to anyone who will listen because their food is generally crap; they don't disclose their GMO use, and the produce section at our local TYJ's really sucks.

BUT this week is so, so, so insane both at work and at the kids' school that I needed a bunch of delicious prepared foods we could eat for lunch and dinner, so TJ's it is.  That place is basically a life hack.  And my 5 bags of food cost WAY less than they would at Whole Foods (where I am headed after work for salsa because I seriously love their store-brand salsa, and I DROPPED it all over the kitchen floor during lunch prep this morning which was both tragic and supremely annoying) and were much healthier than they would be at a regular store.  Even the crap food like cinnamon rolls in a tube (made them for breakfast with bacon-- so easy-- just threw it all in the oven at 350 when the boys went out to walk the dog and it was ready when they came home and I covered my cookie sheets in foil so there wasn't even a bacon mess to deal with) is healthier than big box store versions.  Except for the GMOs, but I do not have time this week for GMOs to get me down.

In the midst of general conference deadline and school carnival craziness, Dorothy had her 2-year-old well-check today.  The nurse asked me if I wanted to have another little girl which I think might have been her way of asking of I could be pregnant.  I remember way back when I was pregnant with Jack, she asked me a similar question and then said that's how she always asks people she thinks might be pregnant.  So, basically, I am never wearing this dress again.

Dorothy is perfect according to her doctor, and I mean, clearly, we think so, too.  She weighs 25.4 pounds (25th percentile) and is 33.25 inches tall (50th percentile).  The boys were always a little blockier-- their weight and height was the same because they were little rectangles.  She talks appropriately and meets all her other milestones.  She had a booster Hep A shot that she didn't like AT ALL and she refused to open her mouth because last time she was at the doc she got a strep test.  She just wanted to stand on a chair and look at and name the bikes, trucks, trains, and cars out the window. She was not a fan of the doctor checking her spine, but he started tossing her in the air, and she forgot why she was annoyed and touched her toes and did all the others things he asked her to do quite amicably after that. A good visit.

It was in the high 60s yesterday, so of course the children got naked outside. 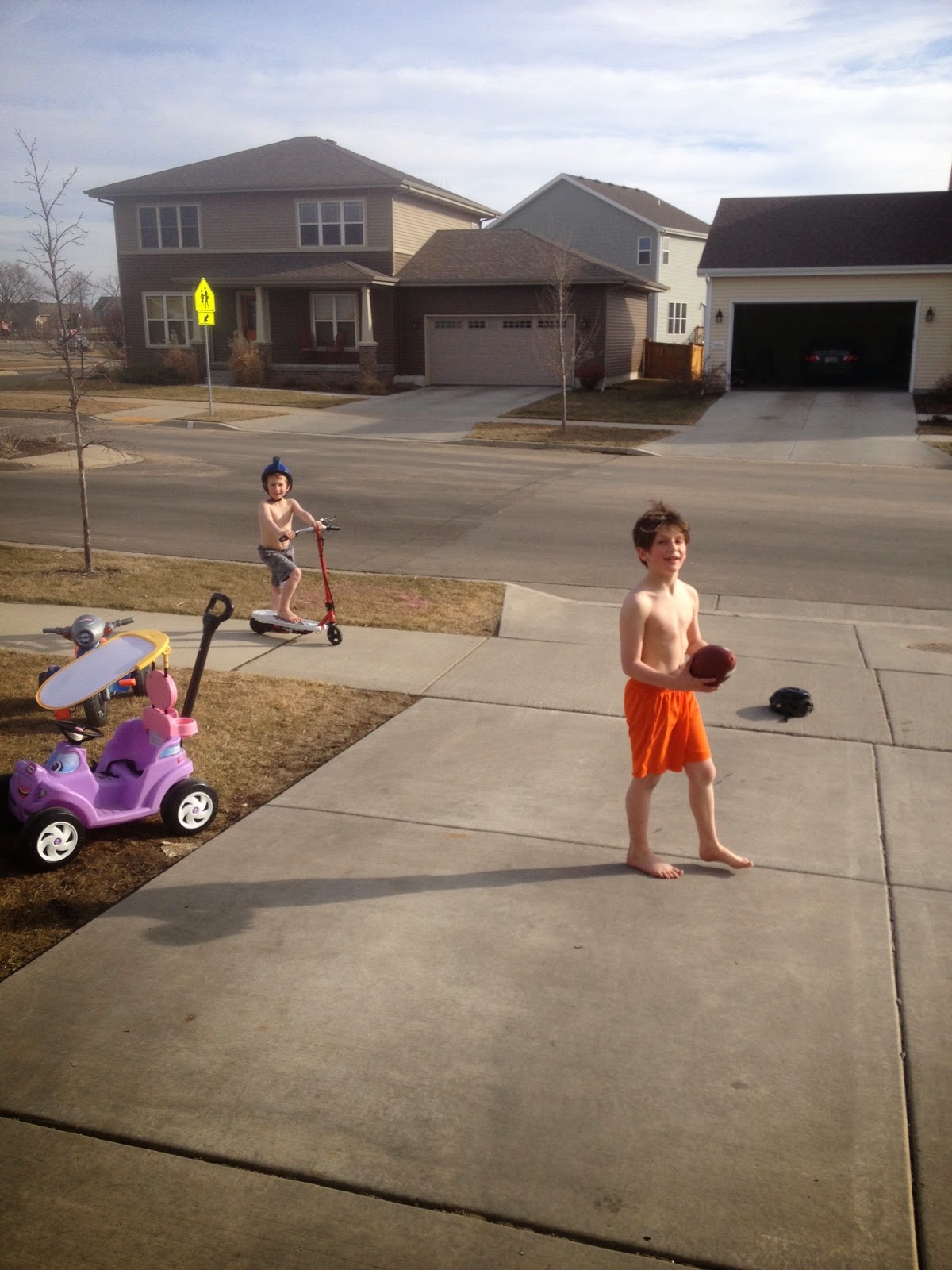 This is the second time IN A ROW that Ben has snacked on the cake I made instead of Elsa. I'm flattered. 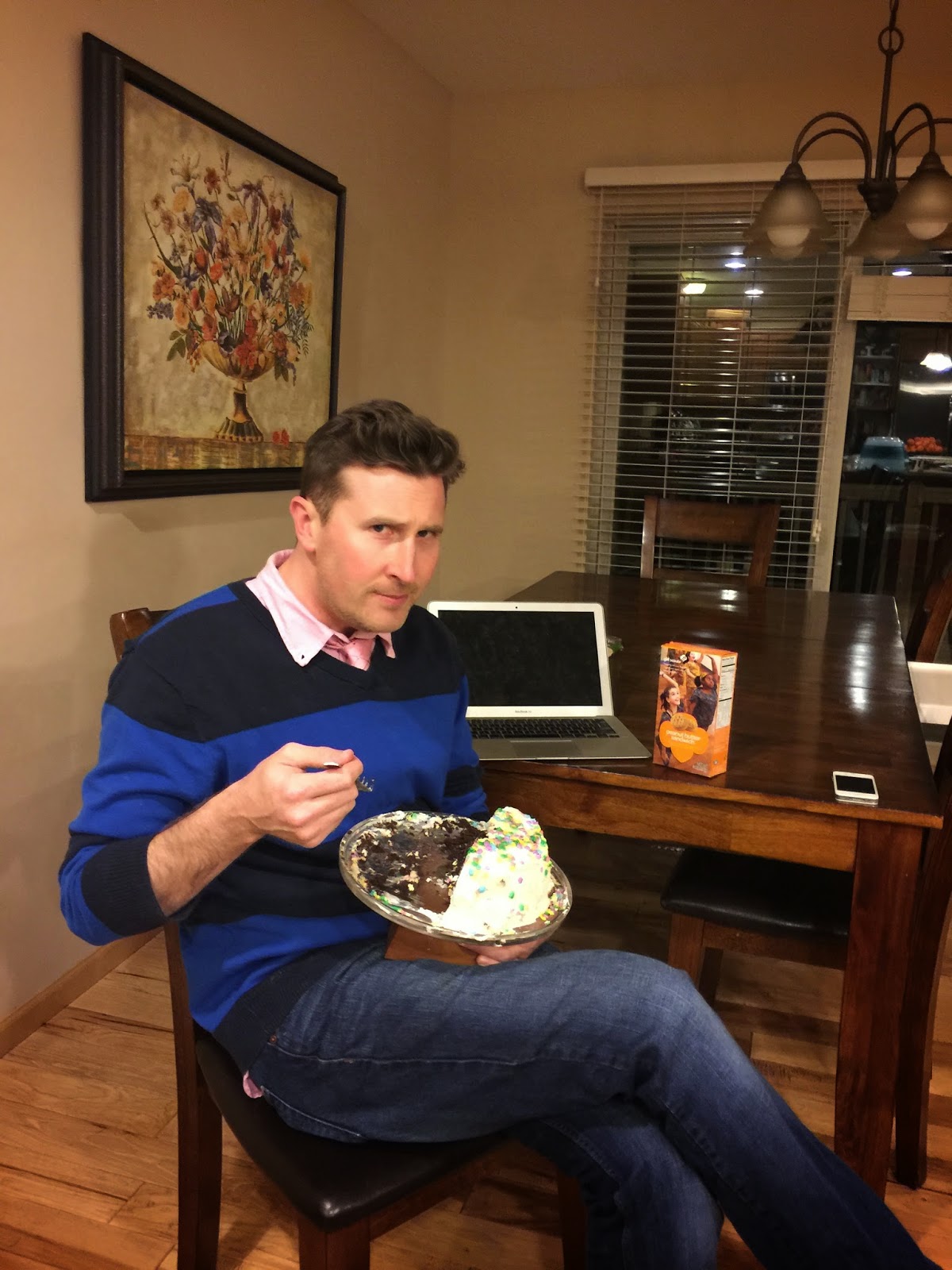 Jack was so sad that we ran out of bacon and he couldn't have a 5th piece today.  Seriously, I think it was fortuitous for his little arteries. 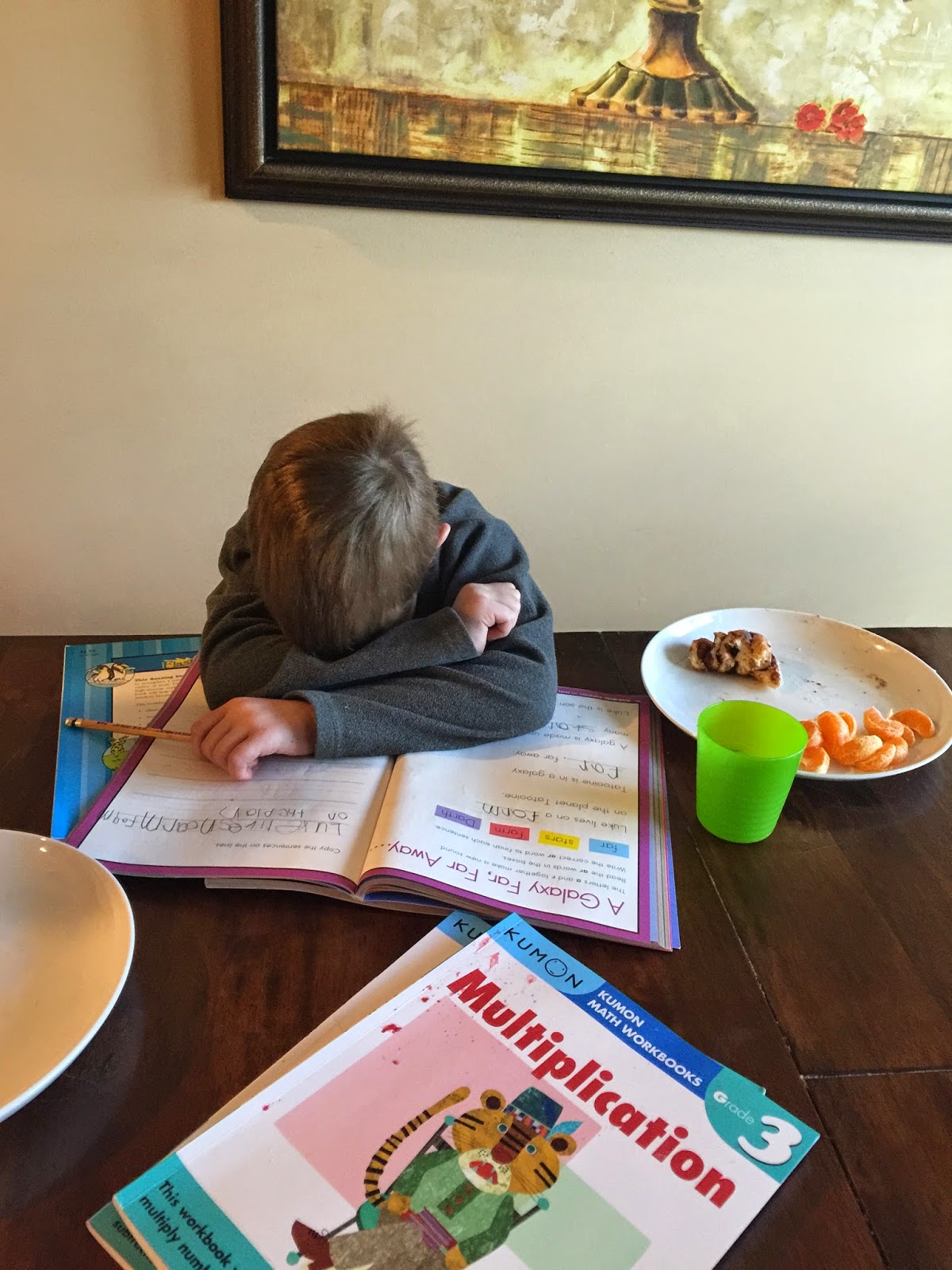 Cooper had pajama day at preschool.  He got to wear his favorite PJ's (Darth Vader, natch) and take his favorite stuffed toy.  He chose the car that Bomma got him for Valentine's Day.  He actually takes that car everywhere he goes including public bathrooms. 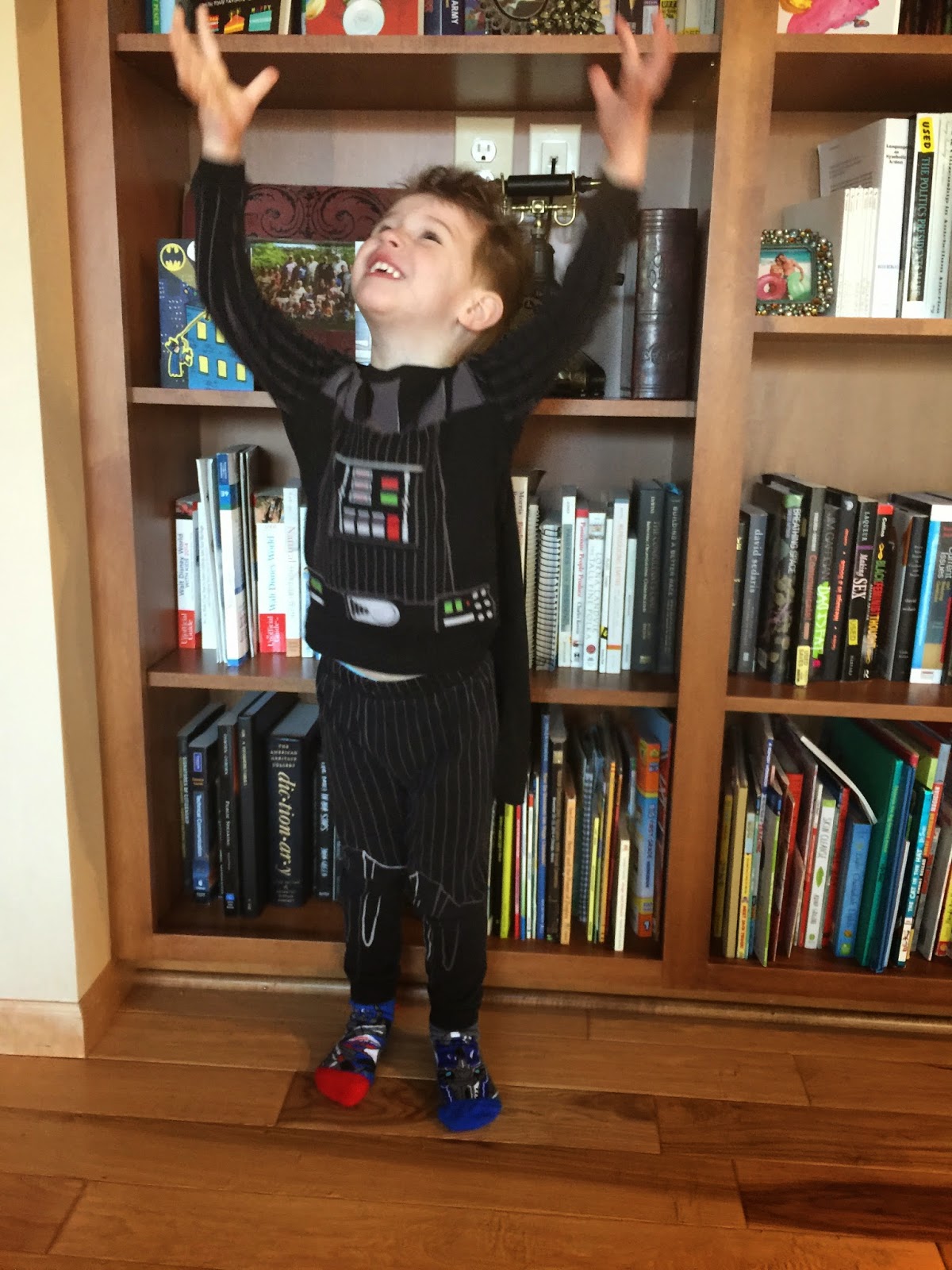 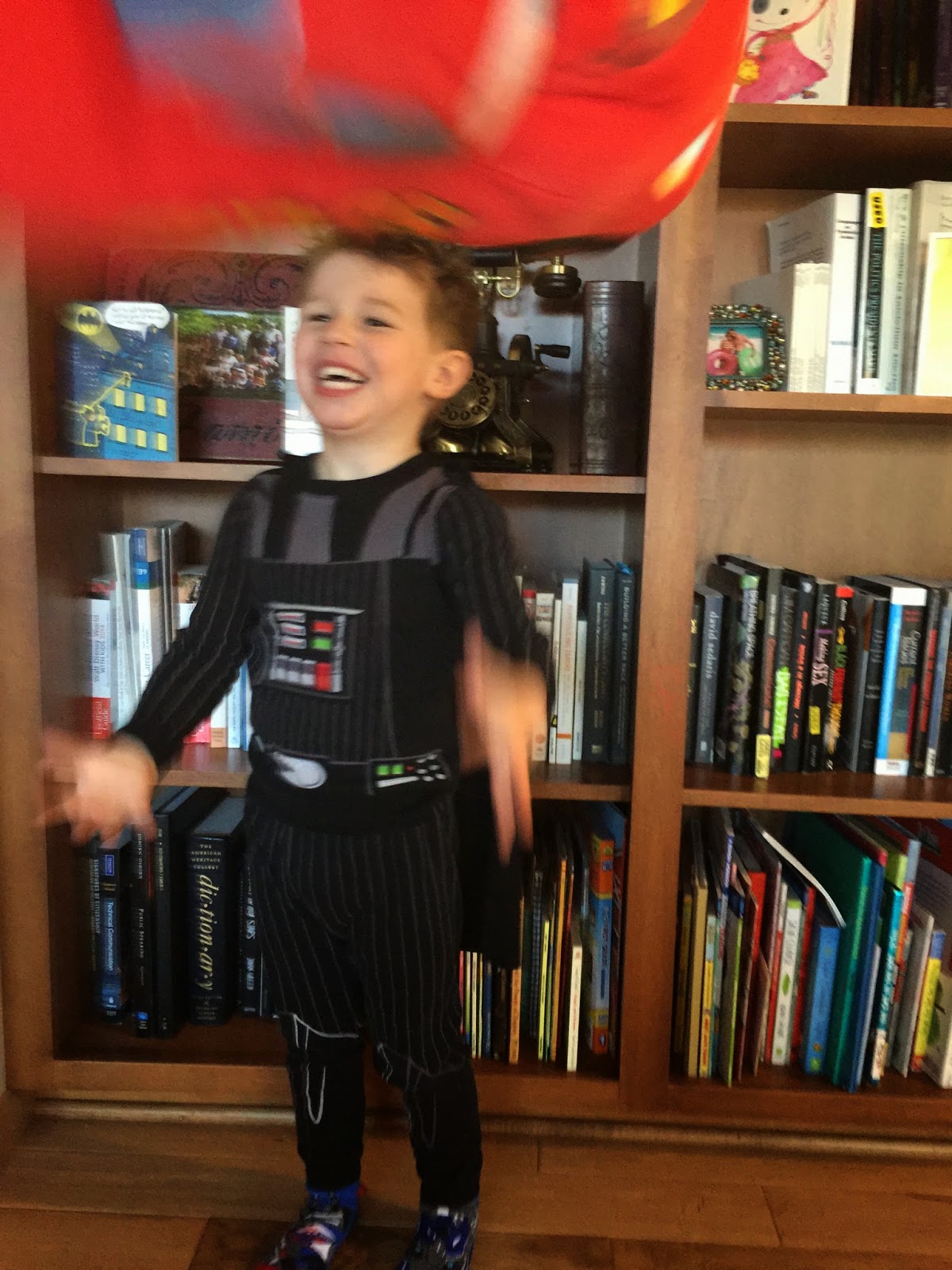 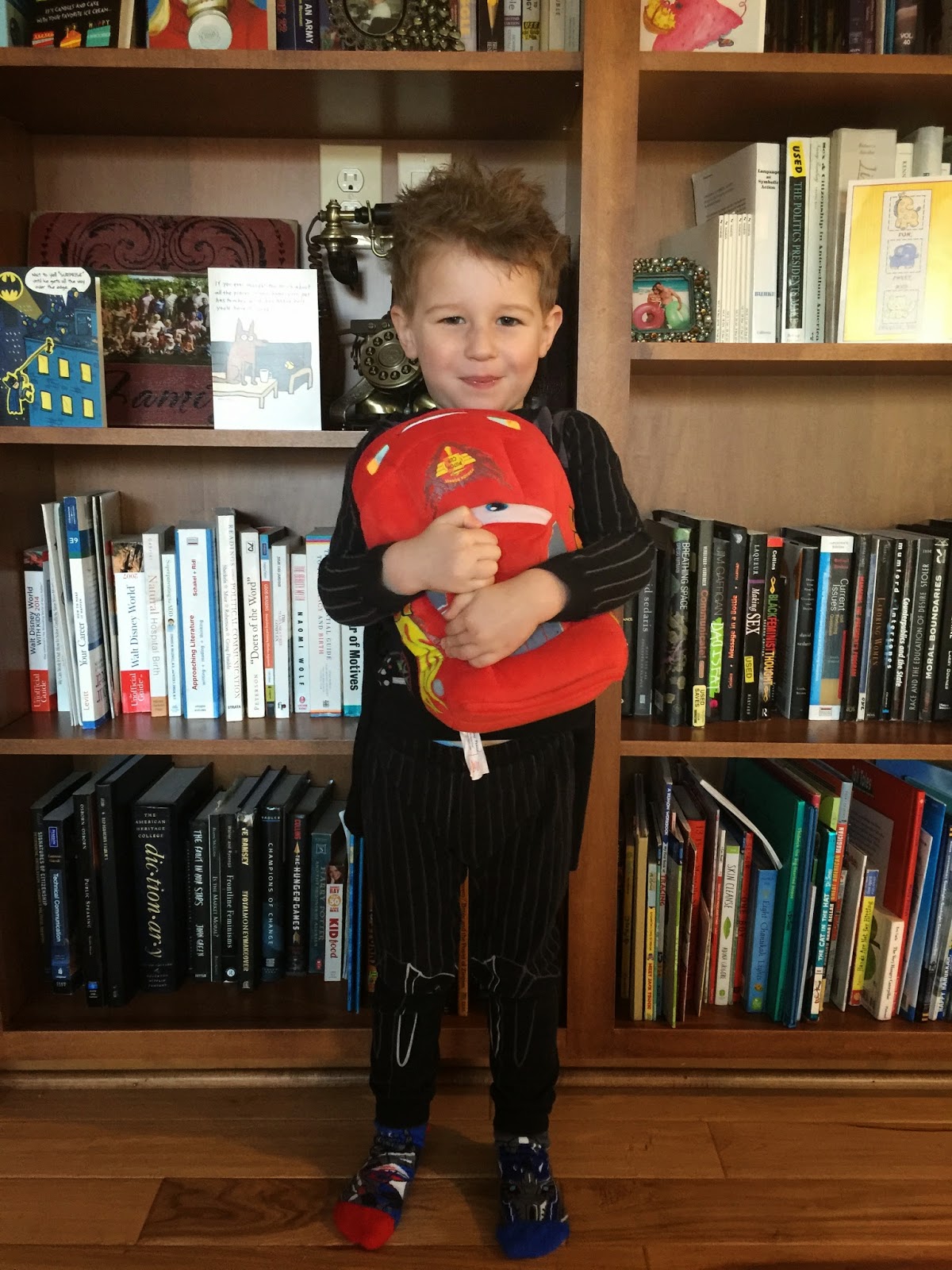 Dorothy is a HUGE fan of her new Frozen jammies and of her easel.  She's a nightmare with the black marker, though.  OBVIOUSLY. 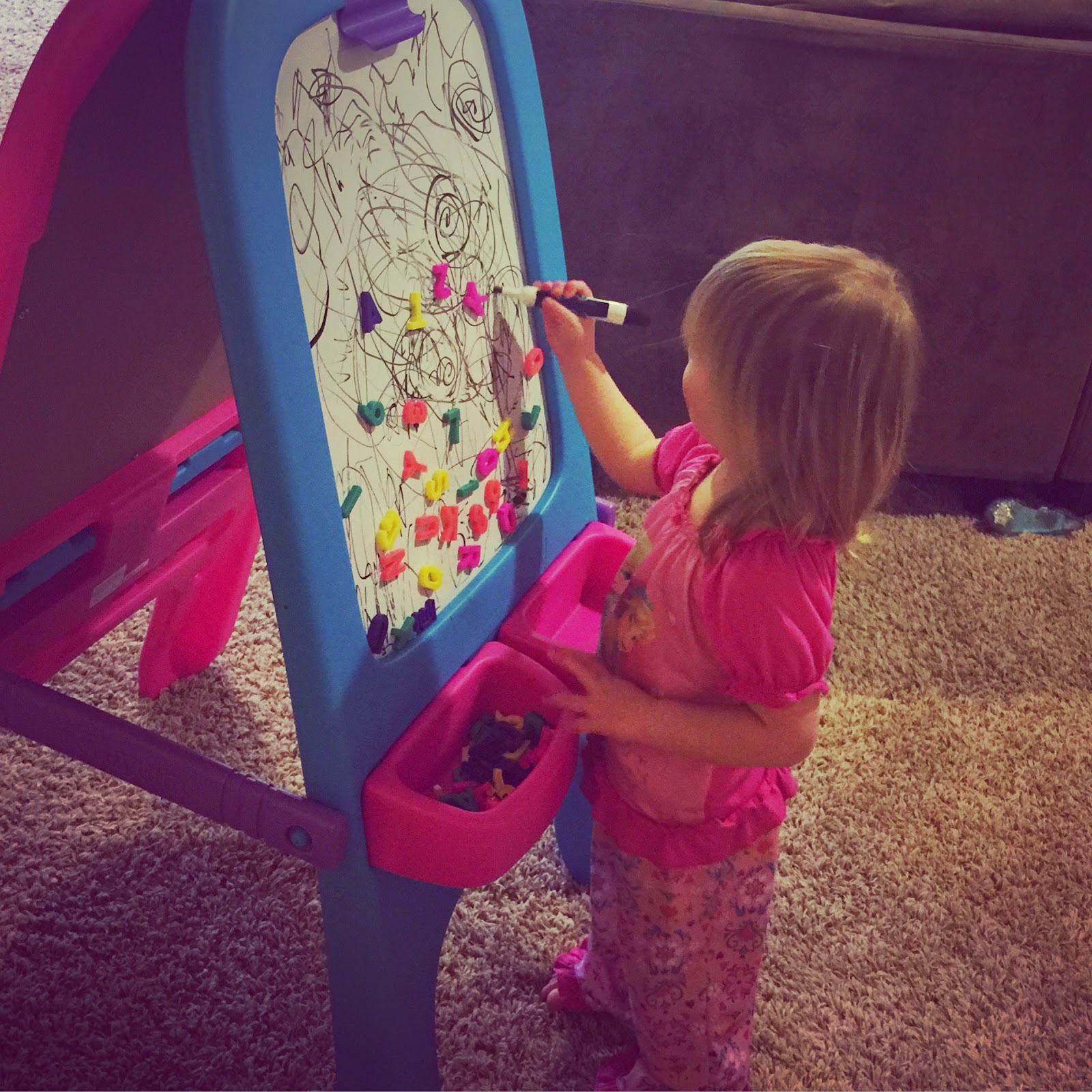 "I don't have time for GMOs" I totally get that! And Trader Joes has saved us more than once

Cooper is such a stud. He has gotten so big!