I have a zit directly on the center of the end of my nose in the precise place a wart would be if I were a witch.

I think we have to take a hiatus from restaurants, which is a real bummer because in an effort to avoid cleaning the kitchen, I have been spearheading a campaign to eat at every restaurant in town.  We've had a generally nice time, and I can tell you the best spots for salads in a 15-mile radius.  Cooper, though, has started to be a terrible dining companion.  For starters, he is impossible to nurse anywhere but on the middle of my bed or on the floor (?!?) of his room.  Sometimes MAYBE he'll eat in the car under duress.  Anyplace else (even under a Bebe Au Lait nursing cover) is off limits.  SUCH A PITA.  Second, he doesn't always want to eat solids if we are at a restaurant, even if he is hungry.  What he wants to do is to go home and sit on my bed and nurse in the semi-dark with no voices or other distractions.  Third, he likes to concuss himself by smashing his forehead into the table at least once per meal.  So, if you are looking for me between the hours of 6:30 and 8:30, I'll be cleaning the kitchen (with a long "break" in the middle to do bedtime).  Blurgh.

In other news:  SWINGING is the best thing EVER. 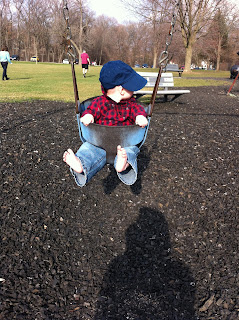 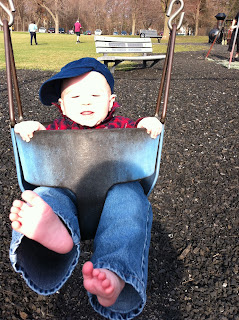 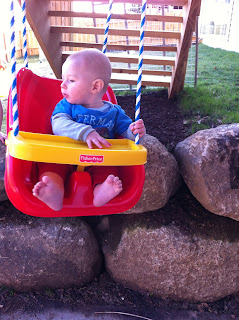 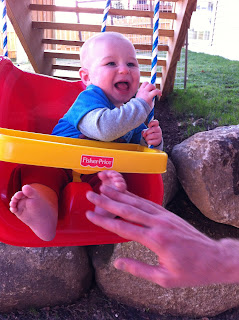 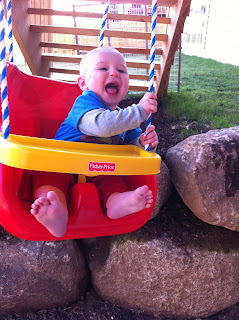 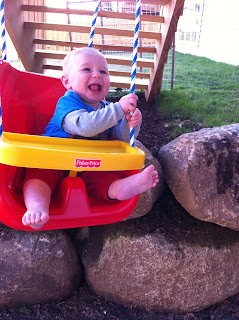 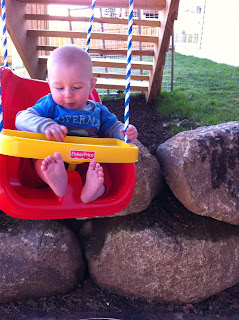 He looks so old in his cap!

Cooper is adorable. Which probably makes up for the fact that you can't dine out anymore (I remember that phase--it made me crazy!)

Love the swing pics! What a cutie pie. The distracted nursing phase is such a huge pain!!