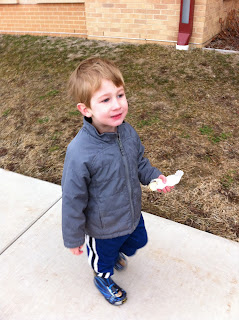 This morning we grabbed some snacks and walked Harry to school a half an hour early, so the kids could blow off some steam on the playground. 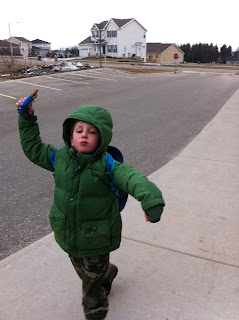 Harry was excited, but it turned out that he didn't really want to play on the toys-- he wanted to stand by the fence eating a chocolate chip granola bar (without arsenic, thank you very much) and waving to all of his classmates as they came off the bus and looked a little enviously at him. 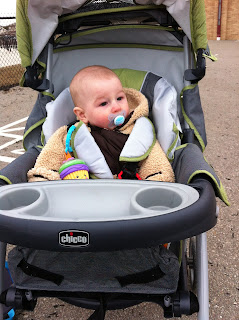 Cooper was totally fascinated by the entire trip. 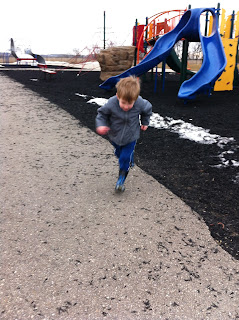 Look!  Jack used to be a blondie, and now he's brown as can be. 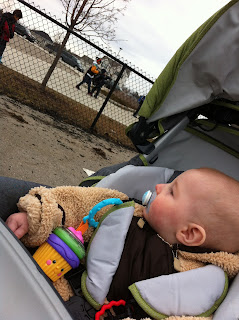 Cooper, like Harry, spent his time staring at the bus riders.  In real life, Cooper is blond and bald, but his fuzz is red in pictures, huh?

Harry went inside, and Jack and Cooper and I went home.  I had high hopes for Cooper's morning nap because he woke up at 5:30, but it barely lasted 30 minutes.  Luckily, he fell asleep on the way home from Little Gym and stayed asleep until 2.

After school, we hit up the park again because we literally had NOTHING TO DO today. 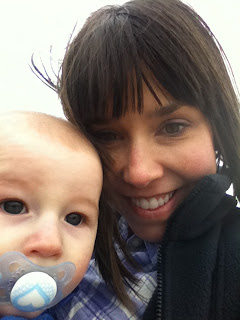 Well, that's not totally true.  We tried a new dinner recipe and wore the Ergo on my hip. 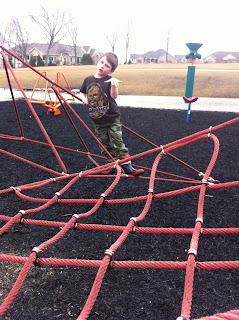 Don't know what he was doing here.  Making fun of me? 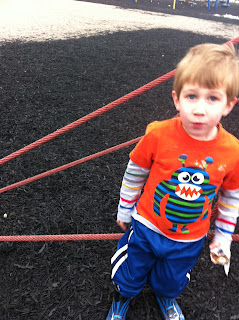 Looks kind of reddish brown in this picture.

So, listen.  You might be reading these posts and thinking WTF?  Why is she even writing?  NOTHING is happening in her life.  And that's true.  But if I wait for something exciting to happen, I'll never write again, and I do like reading my own archives.

Made this tonight, and it was delish-- I recommend.

I have been up until midnight reading shitty thrillers (although Lisa Gardner's Catch Me, which was last night's late read, was fantastic, not shitty at all), and I have to go to bed tonight because I need to get to my office on the early side of my Cooper-imposed 2.5-hour limit and write a criticism exam.  Glam, huh?
Posted by Sarah at 9:35 PM