This Sunday, I did the unthinkable. I let the house be a huge mess so that we could go shopping. 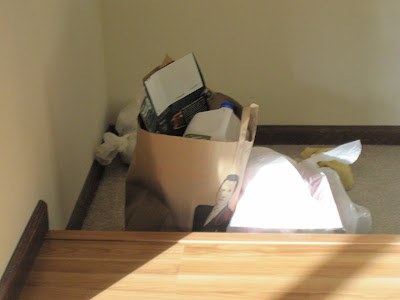 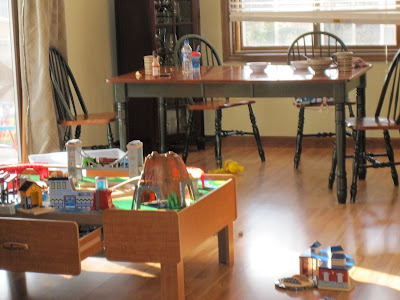 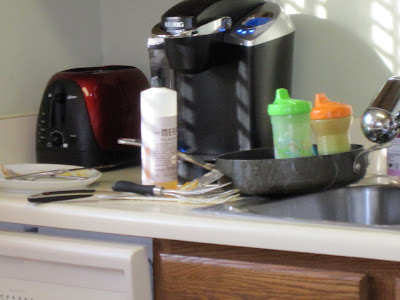 Thank goodness I am home all week to clean because in a couple more days, we could be on Hoarders. 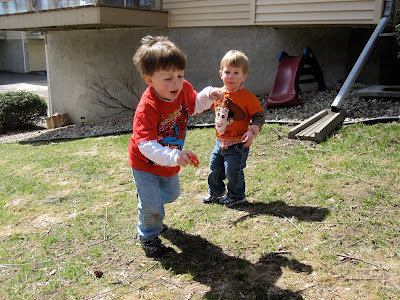 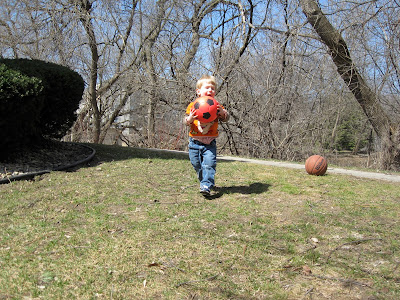 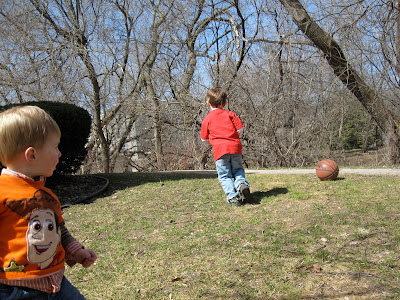 Today while Jack was busy at school, Harry and I went to the park, the zoo, and a coffee shop, just the 2 of us. He's a sensationally chatty companion. He also made me pretend to be Batgirl for 2 hours on the playground. 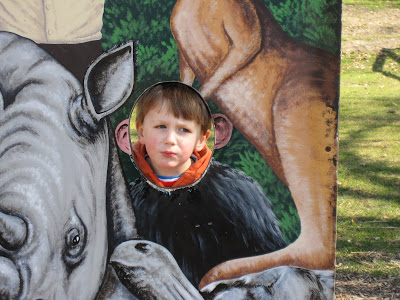 Jack insists on eating most of his meals outside. 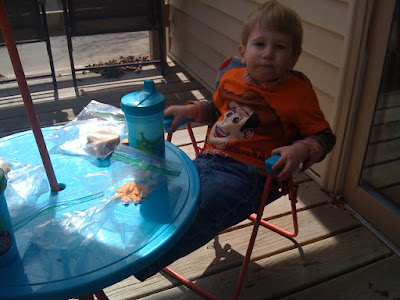 Harry's cool with it. 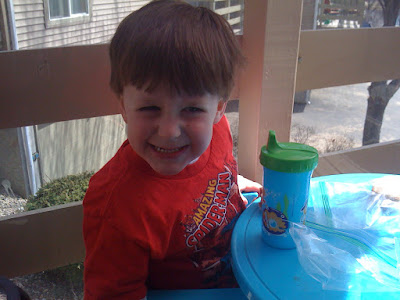 You know, I didn't know that we really had a Buzz problem this serious until I took this picture. (They were all assembled because Harry was using a TinkerToy pointer to teach Space School) 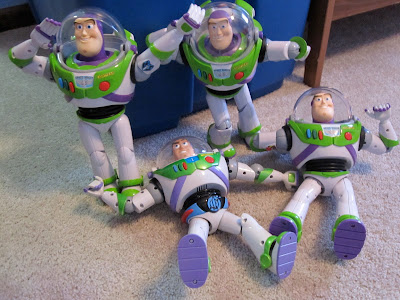 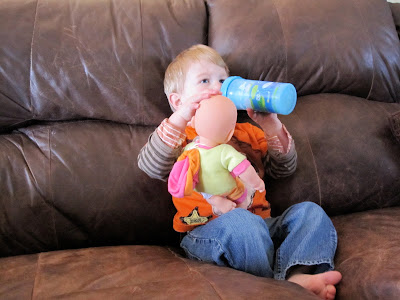 He really likes to feed her. At dinner last night, he poured milk in her ears, and today during snack he made a paste of Bunny crumbs and spit and lovingly filled her eyes.

Yes, she sleeps in a Duplo box, but that's because we didn't know she needed a bed until last night when Jack wouldn't go to bed without tucking in his babeh. 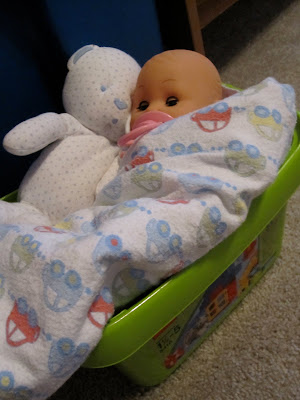 It's spring break, so we'll be living dangerously all week.
Posted by Sarah at 7:37 AM

It's so much fun to go on outings w/ just one kid. I know Fynn talks SO much more when it's just the two of us. Love the picture of Jack eating outside :) Man of leisure!

The bahbe is adorable! Eli's got a little baby named "Ark" that gets a lot of attention (although no bunny crumb treatments yet)and sleeps in a shoebox. I'm totally shamed by your definition of a messy house. In fact, I may go clean now since my nesting's been triggered.

Ethan never stops talking. It starts on the ride to school in the morning and goes until he falls asleep, which he generally does while talking.

Jack's bahbeh is so cute! I love that she sleeps in the duplo box. And I am feeling better about our 2 Buzz Lightyears now...

His bahbe makes me smile.

I realized recently that I need to spend more 1:1 time with Ebeth since she's kind of getting the raw end of the deal because she's in school all day.

Aww Babeh! Too cute. Wes carried a baby around at the doctor's office yesterday and was very sweet to it until Wes fell off the chair in the waiting room and then he worked through that scary experience by pushing the doll off the chair over and over again.

Isn't it weird how suddenly the weather gets nice? The same thing happened here. My house becomes a giant mess when it is nice outside too.