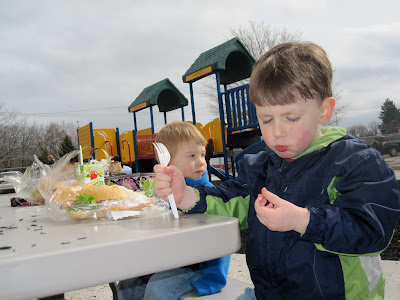 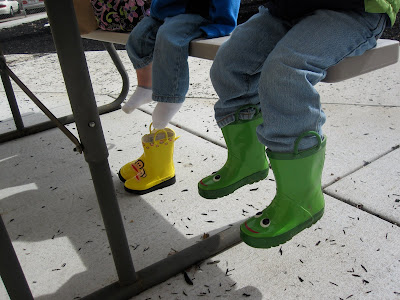 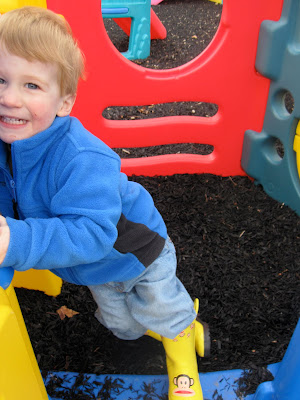 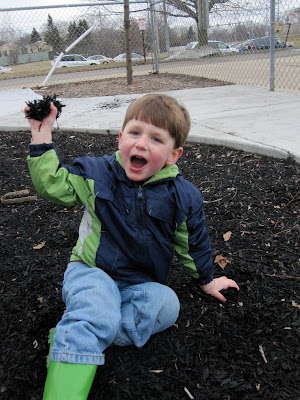 I have not been here very much this week, and I have one good reason and one psycho one.

First, the psycho: I have been smelling a smoke smell since Wednesday night and Dr. Google and some crazy people in crazy chat boards have convinced me I have a brain tumor. I go to the doctor on Monday, and I have been spending all my time FREAKING OUT about it. Wednesday night, I smelled the smell, which I smelled about a month ago (but it went away) all over our house. Ben got a few whiffs of it too, and we thought it was coming from our neighbors' house (remember, we live in a townhouse and share a wall and we know our neighbors smoke.) One night-- right before the smell went away last month-- we smelled it really strongly sitting on the couch, and we mentioned it. Then we heard our neighbors' font door slam shut, so we thought they were outside smoking, heard us complain, and went inside. Then the smell went away for awhile (we did smell some broccoli cheese monstrosity coming from their house once in the interim). When I smelled it Wednesday night, I was not worried about a brian tumor because I assumed the smell was from the neighbors. Then I smelled in Thursday in my car on the way to campus. Still, I reasoned, my car is parked in my garage and it would make sense that it smelled kind of smokey if my house smelled that way. Then I smelled it in my office (and nobody else who came in my office smelled any smoke at all). Then I smelled it in my classroom. Then I freaked the fuck out.

This morning, I woke up with no smell (but we sleep with our door shut and our bedroom windows open). I used my netti pot, in case the smell is a result of something going on in my sinuses. I took jack to Little Gym and smelled not a whiff. We stopped at a coffee shop after gym class, and I smelled the smell again. But here's the thing-- it's a really thick, heavy, stale coffee and cigarettes smell-- not terribly different than the smell of a coffee shop, so I told myself that's what it was. Then I smelled it in the car. And now, sitting on my living room rug typing this, I smell it again. Maybe a hint earlier in the Target greeting card aisle, too. (I didn't smell it at all when I came home, but since I shut the windows and turned up the heat, it is back).

Ben thinks I am panicking and attributing any close smell to the "the smell" and creating some kind of weird sense memory. He swears that he also sometimes smells a smokey smell in our house (never as bad as I do, though), and he just basically thinks I am losing my mind. Which? I wouldn't be surprised-- I've been thisclose to batshit crazy for years now.

So that's the psycho reason, but here's the happy one: the mom style blog I talked about on Tuesday, which is called All Kinds of Pretty. Find it here: http://www.allkindsofpretty.com.
Posted by Sarah at 1:23 PM

One time I couldn't sleep because every time I went to bed I smelled this disgusting sweet smell. Like WAY TOO STRONG sweet smell. Ryan didn't smell it. I finally traced it to a candle on my nightstand three feet away. I was pregnant with Charlie.

Was also going to mention something along the lines of smelling things that no one else smelled...when I was pregnant...

I think you are right to go to the doc, but I think the smell is real. I know that when I go to a dirty house, I smell the dirty house smell on and off all day.It's like The smell is in my nose. People smoke on their way into Target, then you smell Starbucks as soon as you walk in.

Love the new site. It is making me feel a little better about my wardrobe but showing me where I can improve too! As for the smell, hopefully it is just a real smell!

perhaps a trip to Target for a pregnancy test is in order before an MRI? ;-)