because it was the year I finally graduated. We decided to send it out in style and made a reservation at the fancy schmancy restaurant we went to for gradgyation. It was REALLY cold last night, and I felt like a true Sconnie when I donned a little black sweater dress instead of one of 50 slinky cocktail dresses I tried on (at the mall) and rejected keeping the limitations of my bra collection and the grim weather forecast in mind (I am so practical in my old age).

Instead of driving downtown and leaving our car and taking a taxi home, we decided it would suck to walk from the parking garage to the restaurant (lazy! yes, but also, it was BELOW ZERO. but mostly lazy), so we called for a car, thinking maybe a Town Car or at least something black and normal-ish sized. 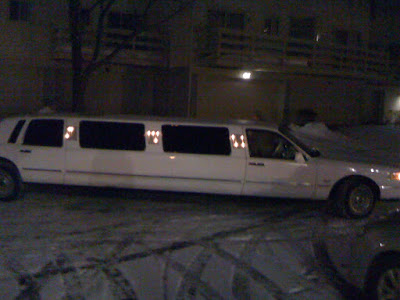 making this the second New Year's Eve we have called for a car and gotten a giant, old, white stretch limo (in Peoria in 2006 and now here in 2009)-- awesome!
My martini on the rocks (read: a glass of vodka. with ice cubes. and olives.) 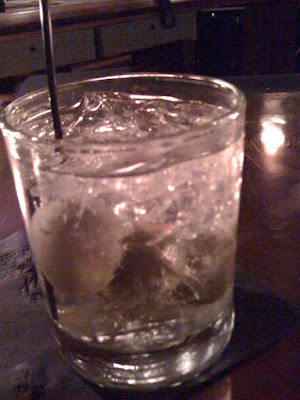 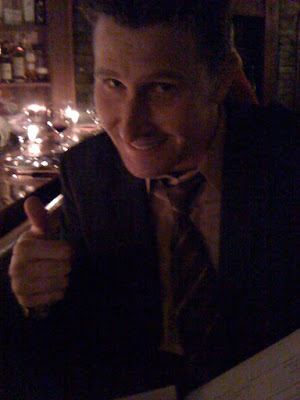 Me, starting to feel a little blurry around the edges 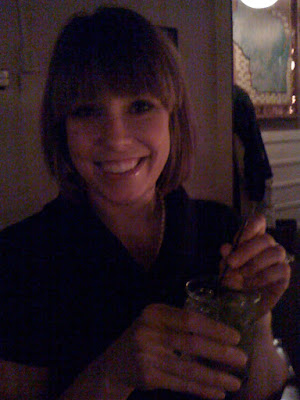 The food was great. We both started with shrimp and steak tartar (which I totally couldn't eat because yuck, but Ben LOVED). Then I had foie gras (and really, I could have been spared the detail about the beef cheeks and marmalade, but what are you going to do) while Ben had lobster hash. I had poached scallops (zOMG so good!), and Ben enjoyed a strip steak (but again, TOO MUCH DETAIL about the what the cows eat and how their diet affects the favor of the meat--blech).

I swear to you, this cake was picture worthy (as was Ben's cheese plate, but we ate that too fast because cheese that old? you can't just let it SIT THERE in the AIR, my gosh.) 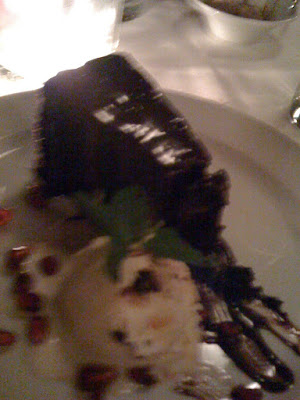 Before we left, Harry and Jack bade farewell to 2009 with a gourmet meal of store-brand organic mac and cheese and uncured hippie hotdogs and whatever fresh veggies we could find cut up in the fridge to toss at them 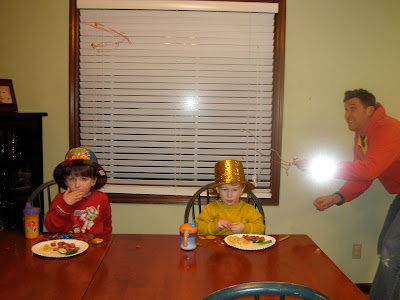 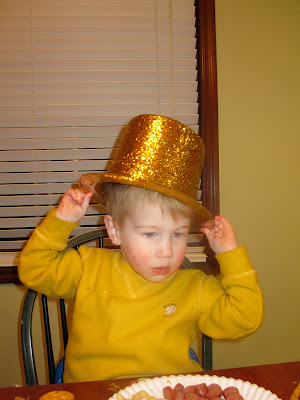 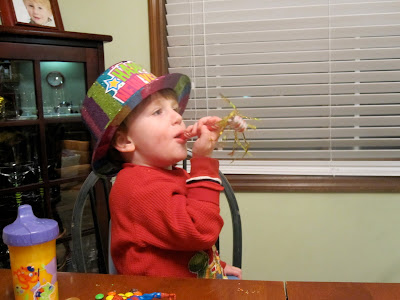 Here's to celebrating everyday of the new year 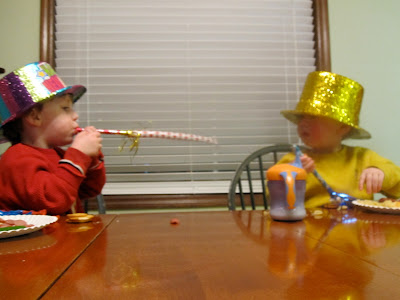 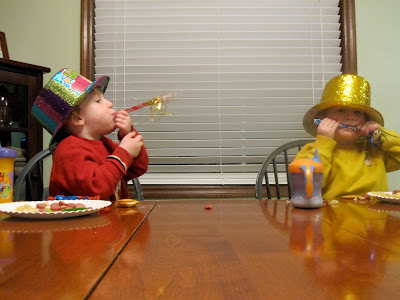 Oh! If you write a resolution post, link it up here.

Oh yeah! The family photo blog is up and running. There'll be a new picture everyday of 2010.
Posted by Sarah at 7:31 AM

Happy New Year! That car is rather impressive ;)
Love the idea for your family photo blog. LOVE it!

Great pictures, and essay on what had to be a fun evening. But you're right -- so reason to suffer the cold. The "old" ladies have it right. You definitely deserve a huge fur coat in the climate you endure. Best of Luck and Happy New Year.

What an awesome night! We did things Texas style and went to a parade and then out for burgers with the kiddies. Next year limo and cocktails, I'm thinking.

Love this & I love the new blog! I also resolved to take a picture of E every day this year.