Dorothy casually mentioned on Saturday evening that Sunday was her doll Ashlyn's birthday.  She says this stuff all the time-- in fact, I made tiny cookies (shaped with a teaspoon) for an American girl tea party in honor of some other doll on Saturday afternoon, so I didn't really pay close attention.

She woke up totally excited about Ashlyn's party, though, so while I was cleaning up breakfast, I whipped up some chocolate cake batter and dug out my teeny cupcake pans (Also!  I made half a batch of this recipe, (with coffee instead of boiling water because I like it better that way) and it made 60 tiny cupcakes, so a quarter batch would have been totally fine, and I am so glad I didn't make the whole thing because I only have 2 tiny cupcake pans.) 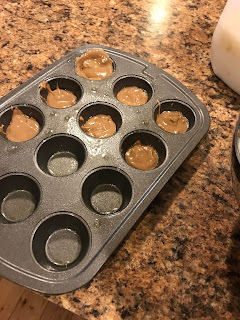 Dorothy waited until AFTER LUNCH, or, in preschooler terms, a goddamn eternity, to frost them, and then she very seriously mixed up green, pink, and purple frosting.  I loaded the bags (no tips-- I just snipped the very end of the bag) and she got to work. 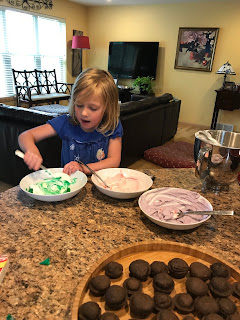 She had a rationale for her color choices, too:

While I find the whole thing darling, I noticed in these pictures that a lot of her baby roundness is gone. 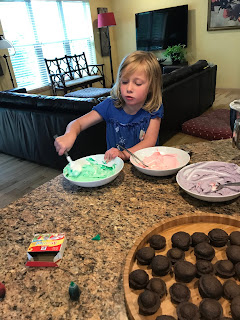 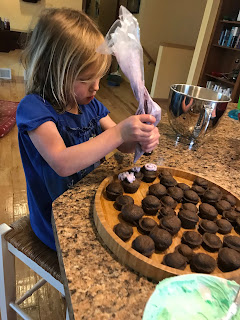 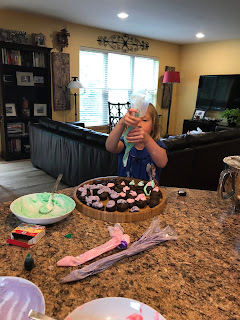 She is squeezing SO HARD. 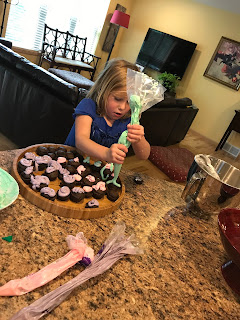 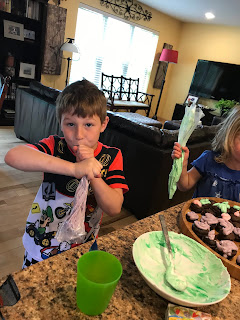 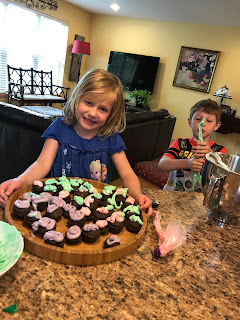 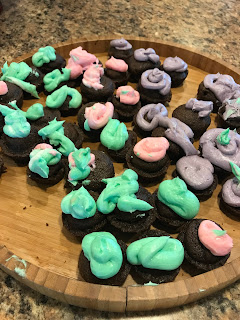 I found some butterfly birthday hats, pretty napkins, 6 randomly patterned plates, and some polka dot straws in our birthday supply cabinet, and she spent a good 45 minutes setting up her party-- long enough for me to do yoga and take a shower uninterrupted. 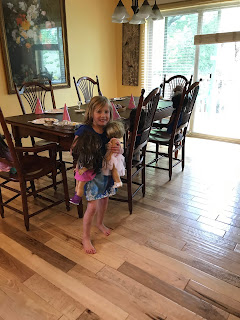 She also helped herself to the tiny teacups and saucers and birthday candles, decorating with a banner from her dolly birthday party set that is not as much fun as using the actual kitchen, obvs. 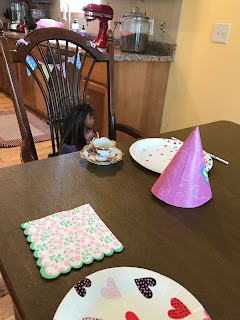 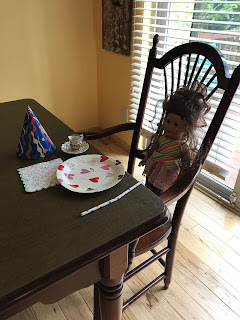 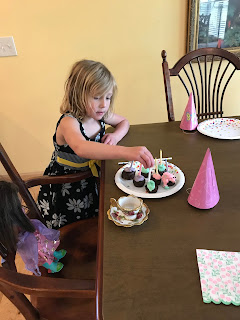 She made all of the children-- and me-- sing to the birthday doll: 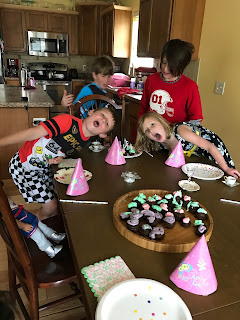 Then she spent a happy half an hour trotting around the table, making conversation, drinking doll waters, and eating cupcakes.  She had a hard time settling into the game because she wanted to be both the birthday girl's mom (although this was hard because she's the mom of all of the dolls, she explained, so she had to invent a really rambling narrative about why the party was all sisters) AND a party guest (which had its own limits). 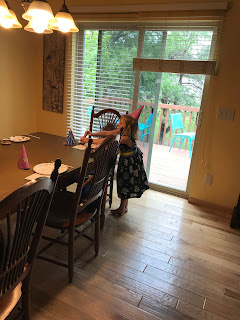 Happy birthday, Ashlyn.  I got a huge kick out of your Dorothy-directed party.
Posted by Sarah at 6:26 AM

Just when I think I can’t possibly be more enamored by your family, Dorothy throws a birthday party where her 3 brothers sing to a doll.
I really want to be reincarnated as your child.