Ben and I dropped Dorothy off at school yesterday and went downtown to my very favorite campus coffee shop where we had coffee and worked our laptops side-by-side like Parker Posey and Michael Hitchcock in Best in Show.  IT WAS AWESOME.  My very favorite thing to do basically in the world is to sit in a coffee shop and write.

And now that I make hipster coffee at home, I don't even have perfect coffee envy.  My morning joe in my kitchen was BETTER THAN THIS CUP.  How awesome. 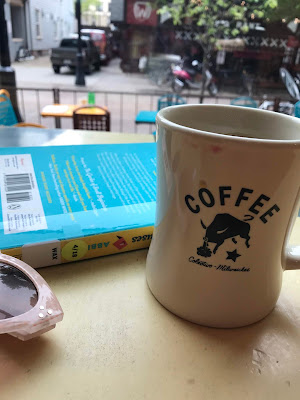 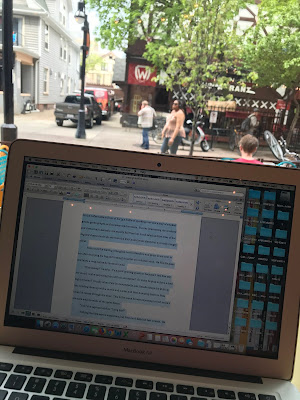 Bucky is on parade all over town, and like all of the sheeple, I want to get pics with all 85 statues before the end of the summer.  DO NOT FEAR.  I will do an entire freaking post featuring all of them before we hit the sandy shores of Hilton Head in a couple of months.

Bucky on the Terrace: 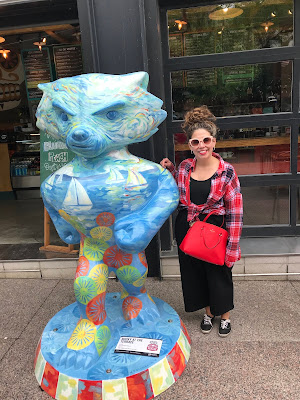 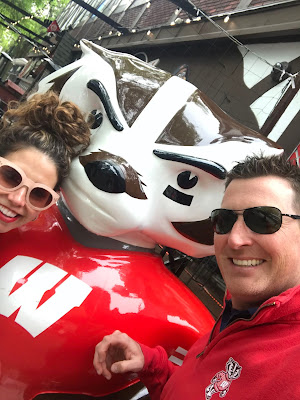 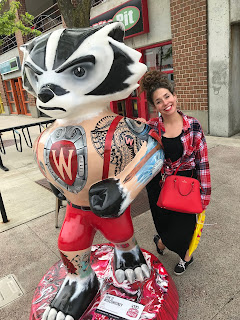 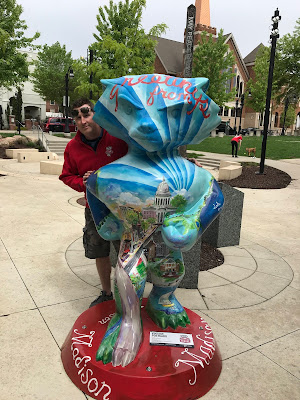 Bright Idea Bucky and a guy who seriously couldn;t wait 4 seconds to use the book return? 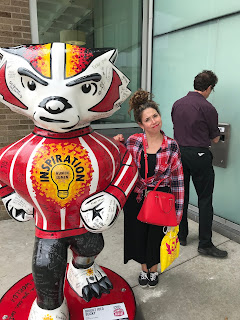 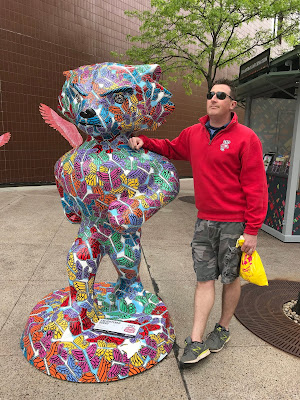 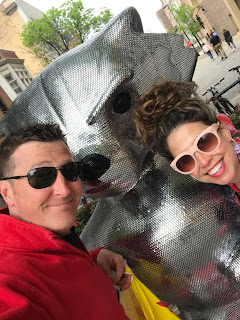 Bucky How'd You Get So Fly: 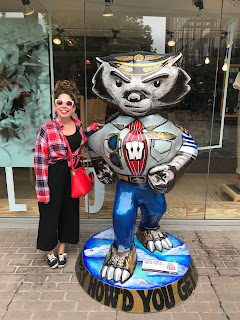 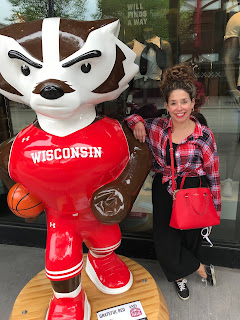 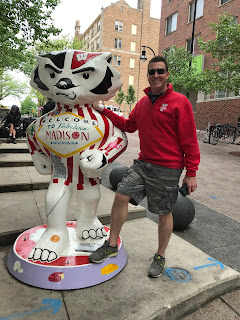 This has nothing to do with our day date, but Cooper's nails are really long and filthy-- think Teen Wolf-- but he HATES to have his nails trimmed and WILL NOT do it himself.  And so, you see where this is going, but our only option is to do it on the sly in the middle of the night, which is creepy but effective.  Except!  Last night, Ben did both of his feet and like 3 fingers and then he woke up staring at us all confused and judgmental.  So I tried to do a few more fingers and he woke up all the way and was so freaked out that we cut his nails while he sleeps, which, when you think about it, is really weird.  I think he kept one eye open for the rest of the night.  Also, they are still long and filthy. 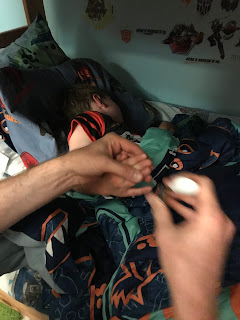