Grass Seed and Other Fascinating Updates

I FINALLY finally, finally got my poor neglected hair highlighted.  It is either WAY blonder than usual (which might be the case-- I think maybe she left the color on too long because what's supposed to be my low light is also kind of light and reddish) OR -- and this might be it, too-- the blond parts are in different places, making them more noticeable to me.  But still, I read a book and enjoyed some time just sitting quietly-- a rarity for sure. 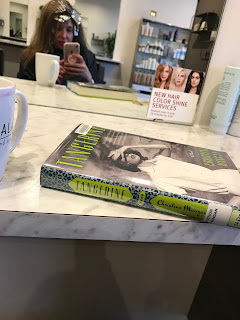 SPEAKING OF sitting quietly.  I have been doing the 30-day Do You Yoga challenge, and I LOVE LOVE LOVE LOVE it.  I think at the end of these 30 days, I might be ready to take an actual class, which is a huge step for me. 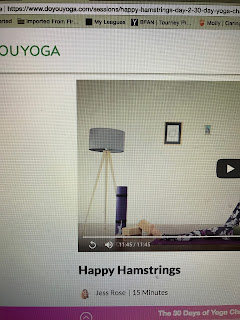 Ok, now to the tantalizing highlight you've been waiting for: grass seed since my yellow air and yoga were the exciting updates.  Bummer, huh?

It's finally spring!  And since we had a bunch of rain to look forward to, Ben thought it would be a great time to fix the muddy spots in our yard. 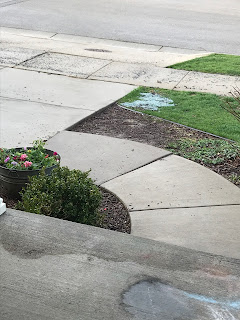 He also put out the deck furniture and planted some flowers and just generally worked his ass off in the yard in the middle of his academic busy season. 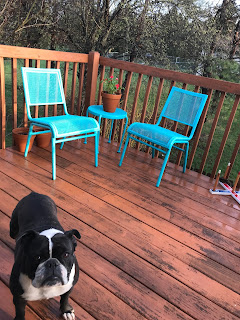 He was particularly interested in the muddy patch next to the driveway, which sometimes I park on and where the kids put home plate when they play front yard whiffle ball.  As you might imagine, he spent a long time on this area, building it back up with dirt and making sure to cover the seed with I don't know this green cover stuff.  So, he was a little angry on planting day when he went out to take the dog to pee one more time before bed and noticed that I was parked on it a little bit.  He moved the car and fixed the area back up, and we went to sleep, ready for the rain.

We woke up the next morning to grass seed everywhere!  Which is when we discovered that the gutter drains DIRECTLY THROUGH THAT SPOT, which may be MOST responsible for the erosion-- maybe more than the kids and my bad parking! 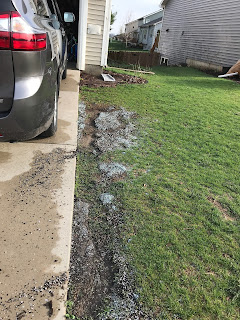 So, I re-raked all the seed and cleaned up the dirt, and Ben moved the gutter spout, thinking that would solve our problem, and it rained again overnight.  And we woke up to this! 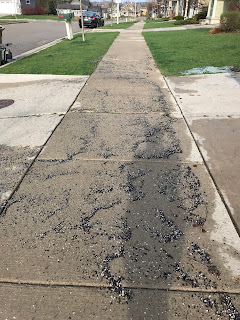 So then Ben was like OK, you know what the problem is? I bet there's a bunch of balls stuck in the gutter and it's messing with the way the water runs.  He hopped up on his super tall ladder and began sweeping out-- and using the handle of a broom to poke out-- what he assumed would be whiffle balls, maybe a few baseballs or tennis balls, the occasional racquet ball or street hockey ball.  Something wouldn't come out on his sweep, though, because the gutter was totally clogged.  He got some scissors to try to open the gutter a little bit-- and that's when he realized he was CUTTING INTO THE BLOATED ROTTING CARCASS OF A BIRD that was jammed in the gutter and accidentally posthumously colostomized by gardening shears which I am sure Ben put back in his tool box ** all the vomit faces** I can never cut lilacs again.

Anyway TL;DR the gutters are clean and we have thoroughly seeded the cracks in the driveway and sidewalk, which is sure to look fantastic in August.

This is an actual outfit Dorothy wore to school: 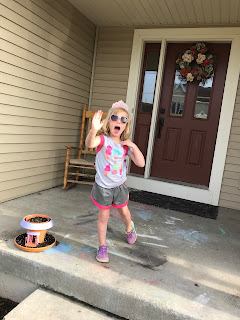 And then she came home from school so filthy from the wet sandbox that she had to take a shower before dance class.  But!  Silver lining: we discovered she can blow dry her own hair. 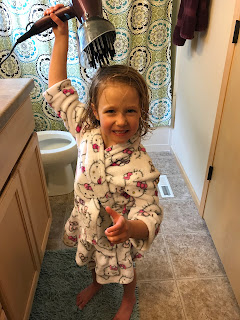 She also got to try her hip hop costume on in class this week, which was magical. 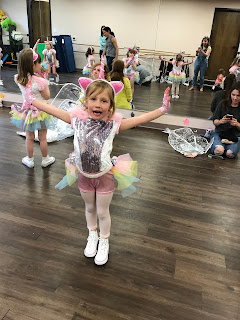 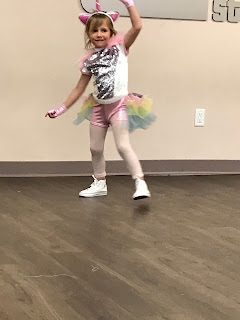 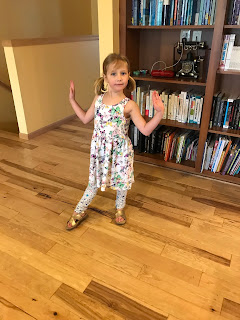 ETA: I AM THE WORST.  This happened on my way to work like 2 days after the seeding and bird dissection. 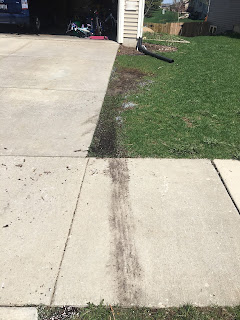 I am laughing SO HARD all alone in my house. The bird! The tire marks! Amazing. And disgusting.

"posthumously colostomized by gardening shears" might just kill me.

I am on a grass mission too. Isn't middle age the best?

May I recommend y’all give up on that grass and put down a gravel that blends with your driveway?

Now I know what to write on my blank Cards Against Humanity cards. “Posthumously colostomized by gardening shears” is my new all time favorite literary sentence AND descriptor of potential torture. You definitely win the internet today.