Not only did we start spring sports in earnest on Saturday-- just look at the baseball/soccer/baseball picnics I packed-- but Dorothy and Cooper and I went to an amazing zine fest to buy a friend's book.  It was epic, as the title of this post suggests. 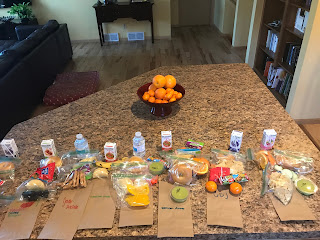 Ben and Harry and jack went to harry's baseball game first thing in the morning, leaving Dorothy and Cooper and me to go to Cooper;s soccer game.  It was chilly but perfect outside, and Dorothy and I brought toys and a blanket.  Cooper was wonderful at soccer, and he had a really fun time, as did Dorothy and I,who were top notch spectators. 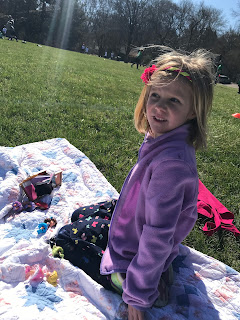 After the game, we headed downtown to our man public library, where both kids immediately insisted on taking pictures with their favorite letters: 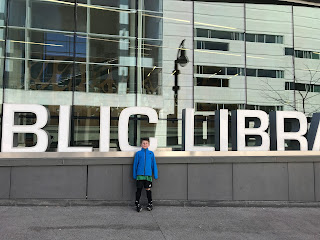 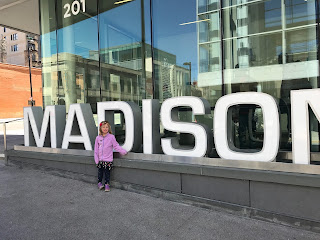 At the zine fest we all kinds of awesome zines and cartoons and prints of all sorts.  Dorothy ad Cooper were thrilled to find a button-making station. 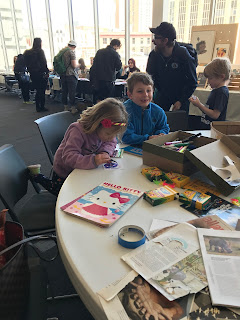 We bought our friend's book, and he made a big deal abut Cooper being a cartoonist and author as wel and gave him a tiny notebook so he could always have something to draw in should inspiration strike him and his favorite kind of cartooning pen.  Cooper and Dorothy were thrilled, and we wnet to the library playroom, a place they both adore. 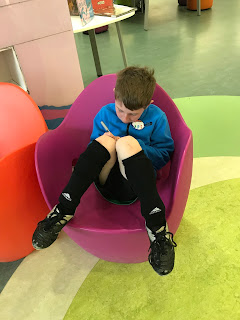 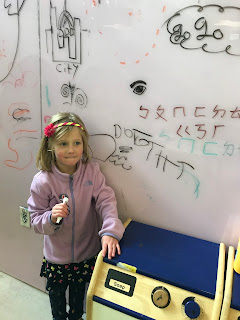 Midway through his drawing, though, Cooper realized he really wanted a picture with the author, 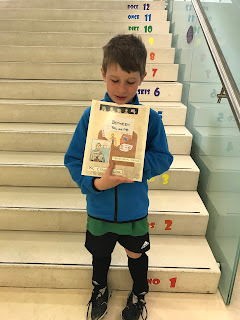 So we went back up to get one.  Adorbs:  Also, I talked about the book in my April post, and you should read it. 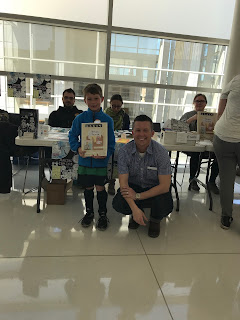 Sometimes this town is just a regular small town in the midwest and sometimes I remember that we have excellent resources and generally cool stuff everywhere.

After the zine fest, we went to the lake. 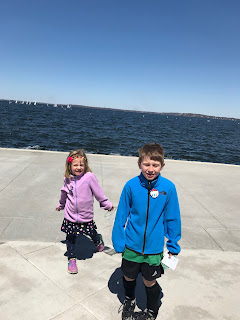 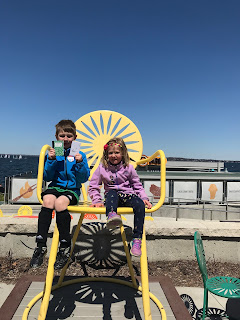 We had lunch at the union, but I packed the kids a picnic because I wanted our amazing Saturday outing to also be cheap. 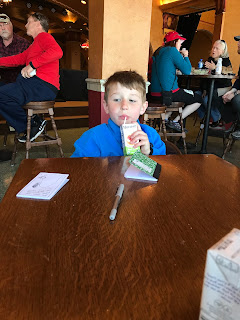 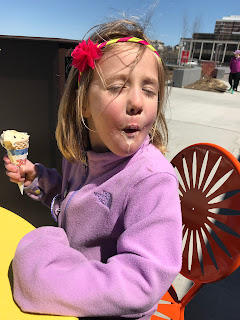