Is it just me, or do you also find that whenever you make our kids' dentist appointments is the worst time possible?  I think it's because they have to be scheduled so far in advance.  I mean, sure that random date in November looks fine now, but I am sure when it is actually NOVEMBER, I will realize it's the worst day ever and the worst time of day imaginable.  Gah.

As you might imagine, Harry and Jack had a dentist appointment yesterday.  At 8 am, which required a bit of gymnastics on our part since 2 other kids and Ben had to be at 3 different schools around then.  I didn't have to go back to the exam room with them, and they didn't have any cavities or anything, but still!  I didn't get home until 10!

On the way Jack and I stopped at target after dropping Harry off at his school because Target is on the way home, but we would not have stopped there had I known that Jack was missing placement testing.  GAH. 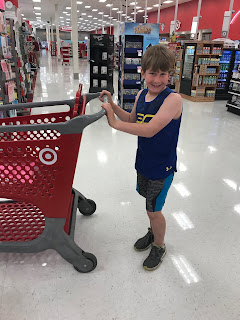 Quick selfie before we walked to school. 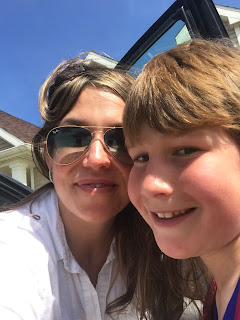 I was so exhausted from the dentist that I made both cold brew coffee that will be ready TODAY!! 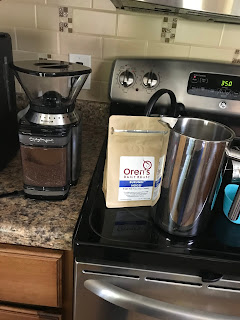 And also a quick cup and a half in the Chemex. 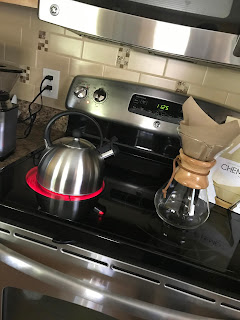 I picked up Dorothy, and she played outside while I... did not play. 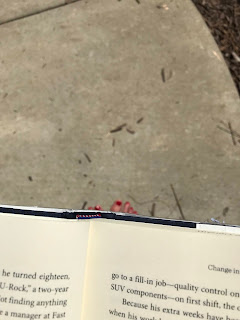 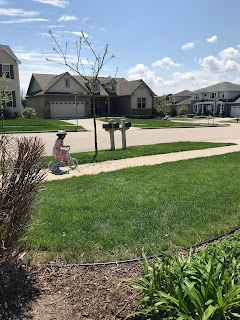 This tree is gorgeous for exactly one day, and yesterday WAS THAT DAY. 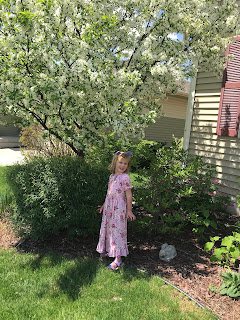 The countdown is on!! 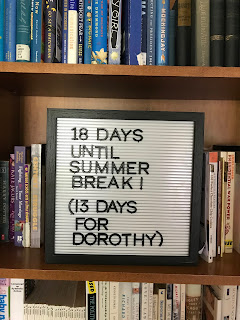 This is how mermaids watch Rock Dog. 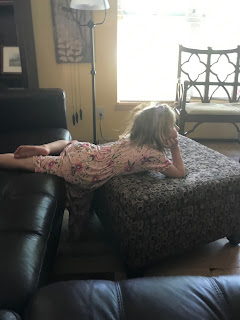 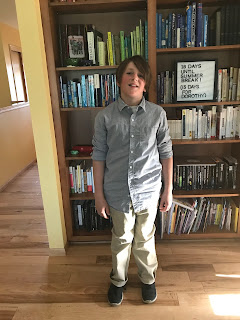 Ben and Harry went to the concert and mentioned they were also going to Five Guys, and I abandoned all thoughts of grilled chicken salads and took the kids to Culvers where we all got kids meals. 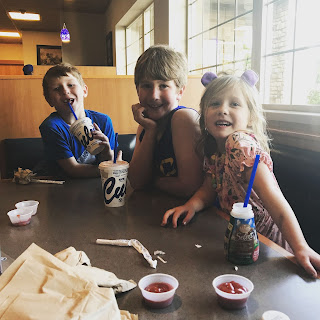 The library tree is pretty today, too! 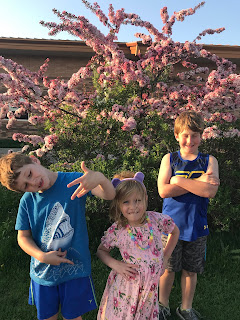 Cooper, all grown up. 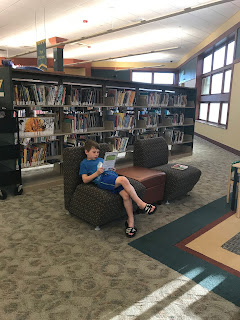 The one and only road that runs between our house and the library is under construction and closed in spots, so we had to detour through a neighborhood the other week and discovered this random park, which is now a standard stop on our trip. 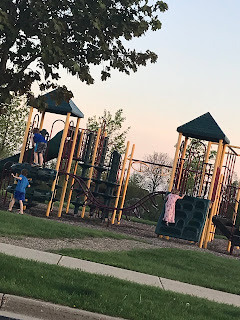 I stayed in the car because I am a terrible mother. 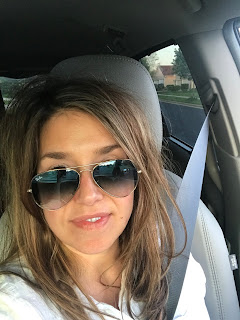 Then!  I met my friends at the bar for an after PTO-meeting drink only I didn't drink because my 8-hour eating window was closed, ad now that I am 40, I am incredibly responsible.  It took awhile, though.

As predicted, we are jut now settling into our semester's routine.  Now that the semester is juuuuuuust about over.  Perfect timing.
Posted by Sarah at 6:29 AM