I will be back on Monday with the exciting conclusion to Dorothy's birthday because we surprised the kids with a trip to the Dells and I can't wait to tell you about it.

But in the meantime. let me tell you about the conclusion of Ben's birthday and the fucking catastrophe of cake baking I ha to deal with.

My week last week was a total cluster fuck, so I had to do all of my birthday prep WAAAAAAAAAY in advance.  Like MONDAY morning.  Gah. 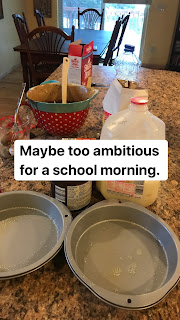 Things did not.  Go well. 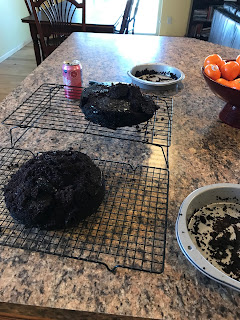 I thought I could fix it with frosting. 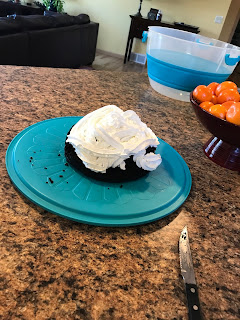 BUT I COULD NOT.  (this was fucking excellent cake, though.  Dorothy and I definitely ate it). 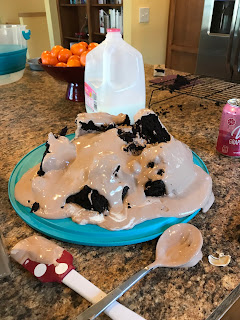 Round 2, though, TOTALLY SCREWED ME.   I used an absolute shit ton of baking soda because I am generally kind of stupid, and they leaked all over the oven and there was lots of smoke and then I had to run the self-clean cycle.  GAH.  So, the moral is, JUST PUT A FUCKING CANDLE ON IT no matter what it looks like. 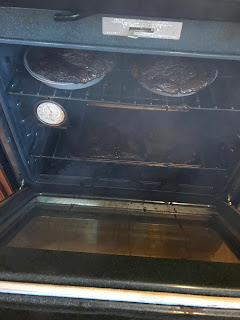 Then I used whipped cream from the can to decorate since the frosting was also whipped cream and it melted all the hell over the place, creating the ugliest cake ever.  Also, what about that fabulous wrap job? 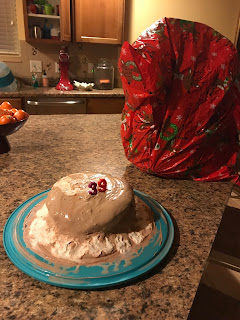 But he loved it! 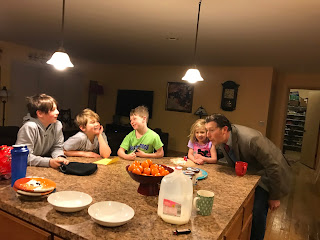 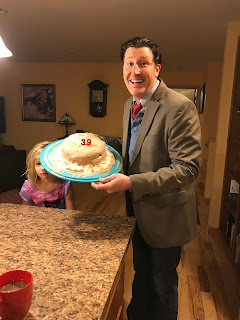 Prezzies!  (These were sunglasses from my parents.  His presents from us were all chosen with love by Harrison and centered around baseball-- a new bag, score cards, a whistle, a clip board, a bunch of balls, etc. And I also threw in a new lunch sack and water bottle because I am a romantic.) 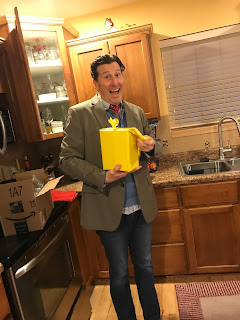 So, then on TUESDAY, I had to start prepping THURSDAY's cake, and it was also a goddamn disaster. 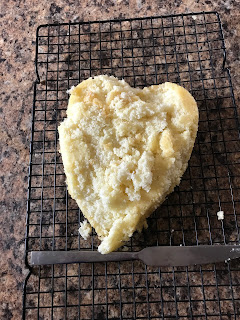 Each layer turned out a little better than the one before it THANK GOD. 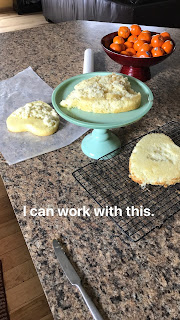 Dorothy totally approved of the frosting. 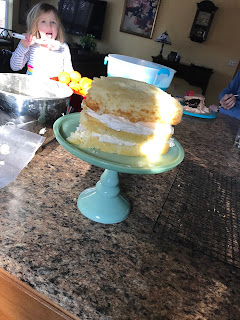 I CAN MAKE THIS HAPPEN, I thought as I looked at a cake that was just a little tiny bit fucked up. 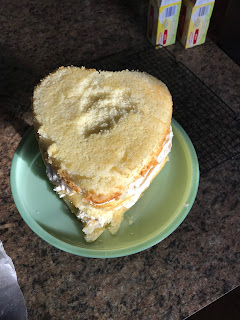 And then my fave 5 year-old helped me add some sprinkles, by which I mean totally obliterate the writing, but that's fine because it was mauve and crooked. 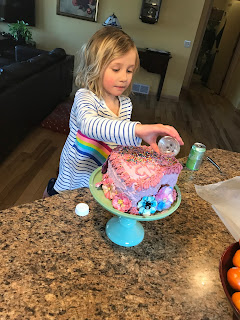 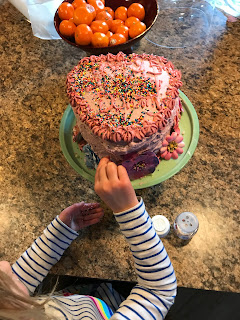 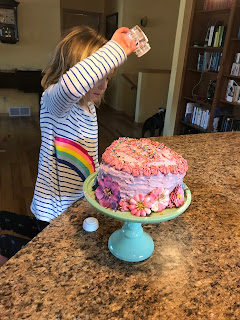 I LOVE IT SO MUCH 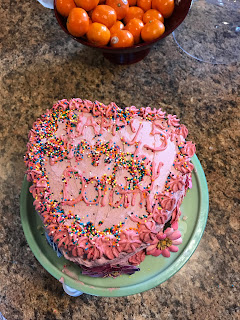 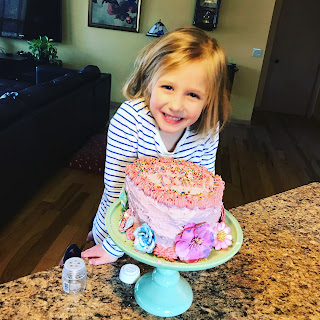 On Ben's actual birthday, we met another couple at our favorite dive bar and played trivia. 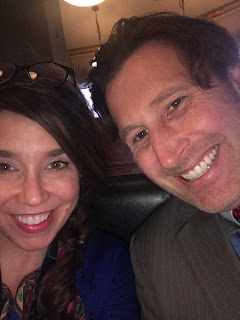 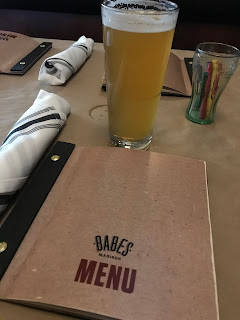 Have a great weekend!!  (All of the cheer and exclamation points brought to you by COFFEE so much COFFEE).
Posted by Sarah at 6:00 AM