The craziest thing happened to us on Saturday.  I took the kids out to breakfast, and we had a wonderful time and everyone was lovely and the waitress even commented how she never sees that many kids behaving all at the same time.  It was most excellent. 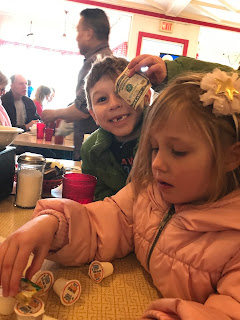 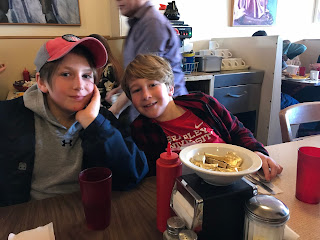 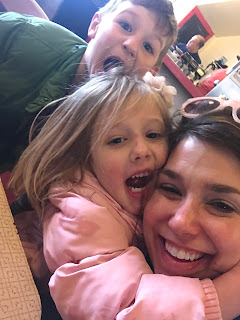 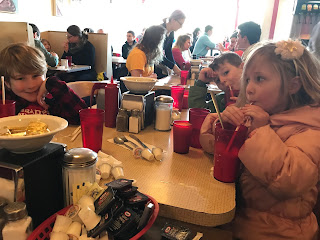 It definitely helps that there are pancakes the literal size of the plates and so much syrup and also milkshakes for breakfast.

Jack is THE BEST in this picture. 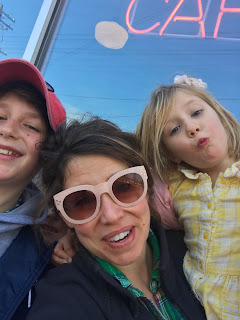 Ben's parents gave Dorothy a Toys R Us gift card for her birthday, and we rushed to spend it. Dorothy has been wanting a Fur Real friend since she spent all her Christmas money on doll beds and FINALLY!  Her dreams have come true. 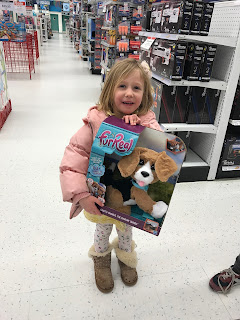 Ever since Cooper was a baby, he has been walking around all clenched.  Look at the toy he is clutching in his claws. 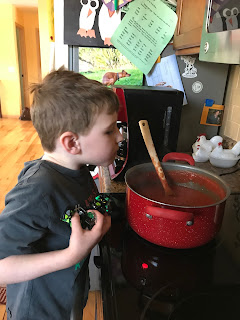 Only a tiny bit creepy.  It moves spontaneously which is probably going to kill Beatrix, who sort of thinks he is real. 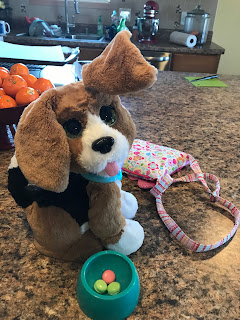 He comes everywhere with us. 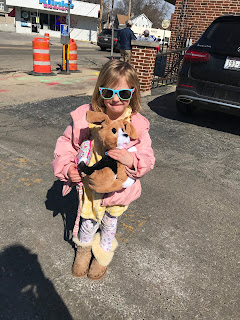 We let the kids start their movie night, and then we slipped out for Ben's birthday party on Saturday, and Dorothy was very concerned that the babysitter would not understand what movie night was, and she explained it so sweetly. I am SO HAPPY we have this tradition.  Although, they are demanding to sidestep the movie bag of destiny and watch Ferdinand this weekend.  And for the love of God, I have already seen Ferdinand, and I don;t want to see it again.  You know? 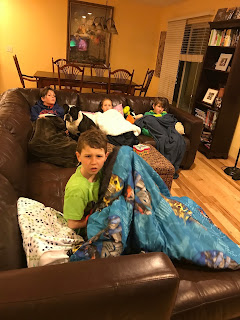 We actually also STARTED our weekend with pancakes because jack and Ben went to see Black Panther, and the rest of us headed straight to Ihop, which was heretofore unexplored territory for the children.  THEY APPROVED. 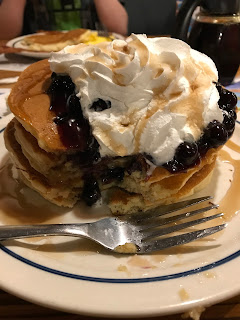 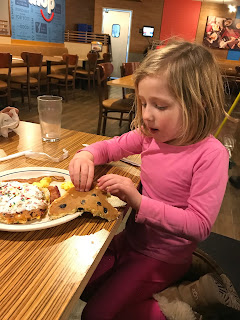 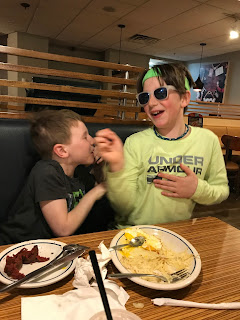 This would alarm anyone, right? 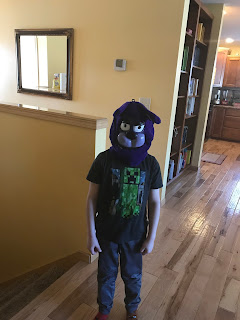 I love this-- snow remnants AND bases in the front yard. 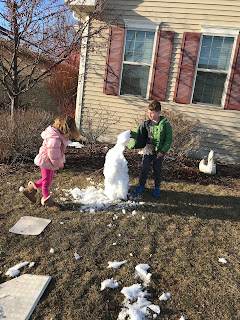 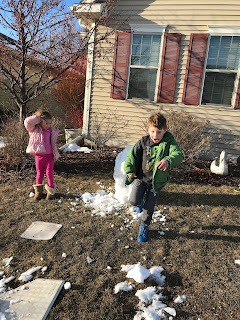 Before probably re-catching the flu at IHOP, we stopped by the library because how else do you get your weekend started? (And my enthusiasm for The Subtle Art has waned thanks to this hilarious podcast episode) 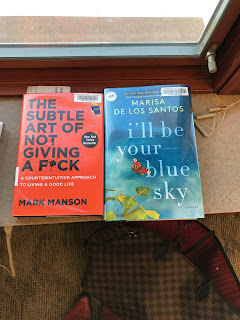 Cooper LOVED this book and literally did a happy dance when he found it on the shelf. 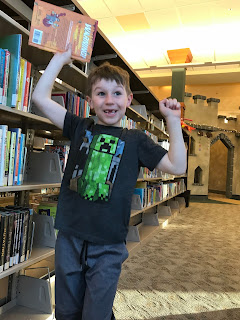 Even Harry still likes to put coinsin the donation vortex, but don't tell him I said that. 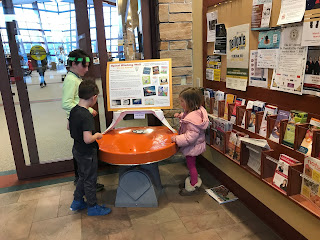 I have a totally freaking impossible day today, especially after 3:30-- school pick up, gymnastics, dinner, pi night at school, and the a semi-fancy (or at least put some lipstick on and take out the bun you have been wearing for weeks) girls night out.  But!  This pic!  Might have helped me solve my outfit angst.  I will keep you posted. 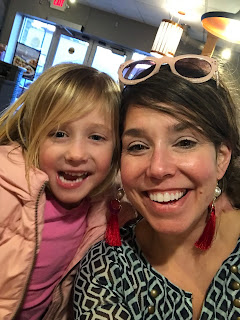 I missed this one earlier.  The kid loves syrup on the table. 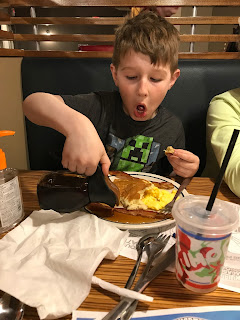 Part of the reason Ben and Jack started their weekend with Black Panther was because we needed time to get Pooh Bear ready for Jack;s arrival.  Jack lost his beloved companion on spring break last year. We called every place we slept at between here and DC and back with no luck and follow-ups, so we think he fell out of the car at a rest stop or a gas station.  Jack has had Pooh since he was like 2, so it;s not a current make and model and has been hard to find.  But we found him (only bigger, but that's OK because Jack is bigger, too).  He FINALLY shipped, and when I got a text that he would be here on Friday, I was thrilled, and so was Ben.  Harry dressed him in Pooh's favorite PJ's, and Jack came home to a lovely surprise. 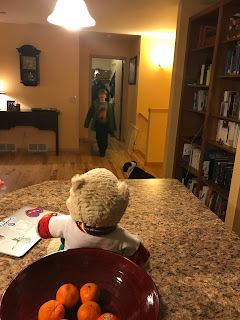 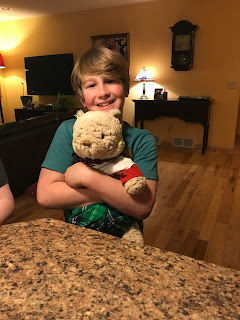 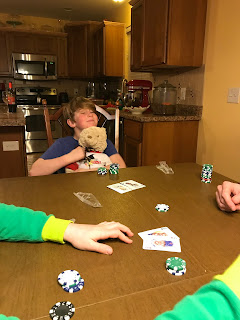 Reunited, and it feels so good.
Posted by Sarah at 6:16 AM

I truly love that y’all replaced Jack’s Pooh Bear and my heart grew two sizes when I read that tween Harry dressed Pooh in his favorite PJs.

You have created a remarkable family.