We went out last night to dinner, drinks, and a neighborhood Christmas party, and I don't think we have been so incredibly drunk since the same party last year.  My liver hurts.

I tore through my closet and all of my junk drawers (I have a lot of them scattered all over the house-- everything is neat on the surface, but if you open a drawer or a door, god help you) to find my little black evening purse, and it was NOWHERE.  I was so annoyed because that meant I had to take my big old mom purse.  But then, when Harry was zipping up my dress, Beatrix became obsessed with the tulle underskirt and tried to eat it and ripped out the hem.  Naturally, I had to duct tape the hem all around the front of my dress, and I was happy to have my huge purse so I could carry the roll and some scissors in case I needed to repair my dress.  I also threw in 12 berry-colored lipsticks and some leggings because we planned to walk home in the freezing cold, and I was bare-legged.

The dress debacle meant we could not get a picture of both of us before we left because we had no child to take it, as the babysitter arrived, the babies lost their shit, and all 4 kids went downstairs.

So we have these.  Also, pretend the laundry room door is closed. 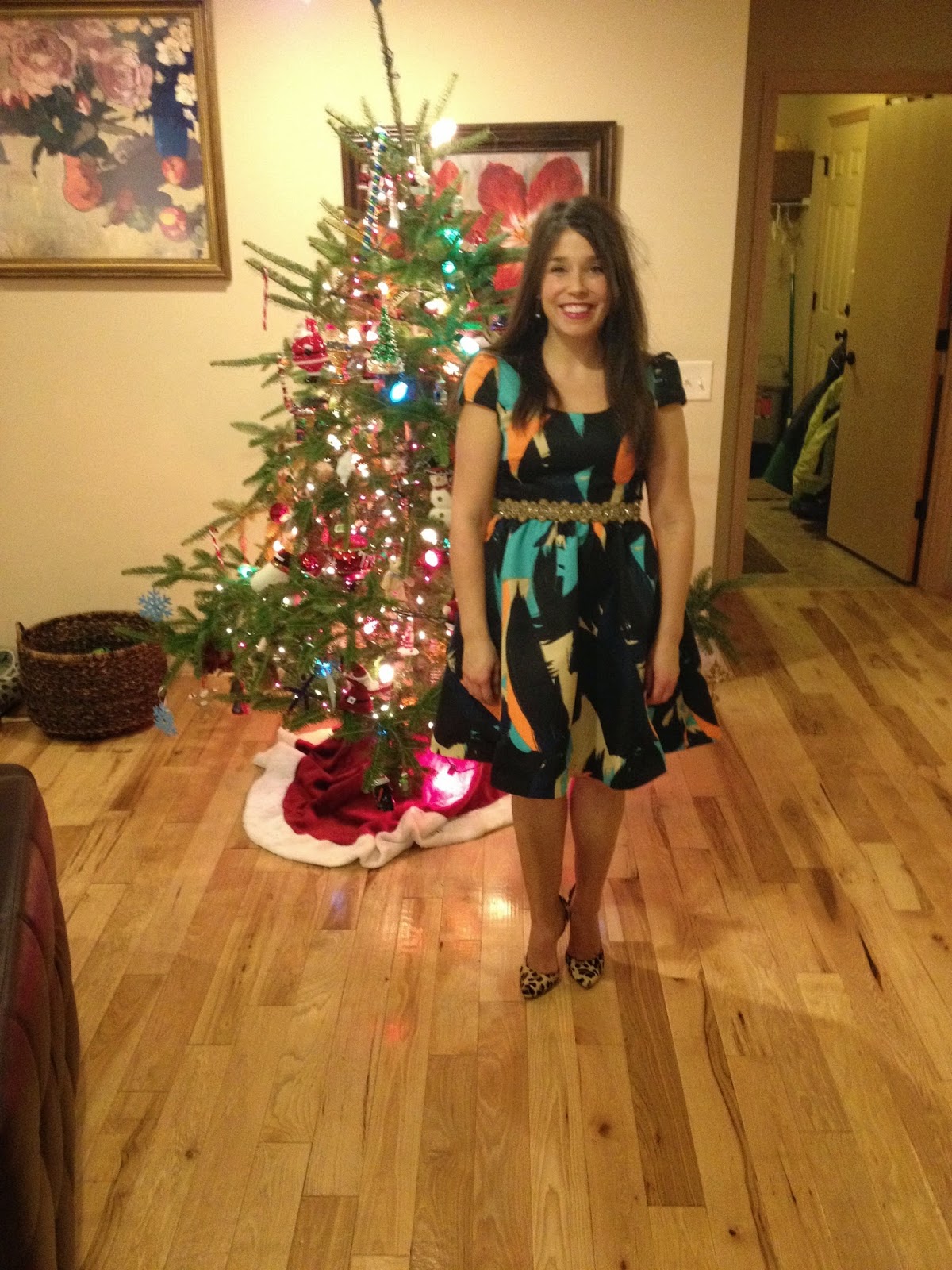 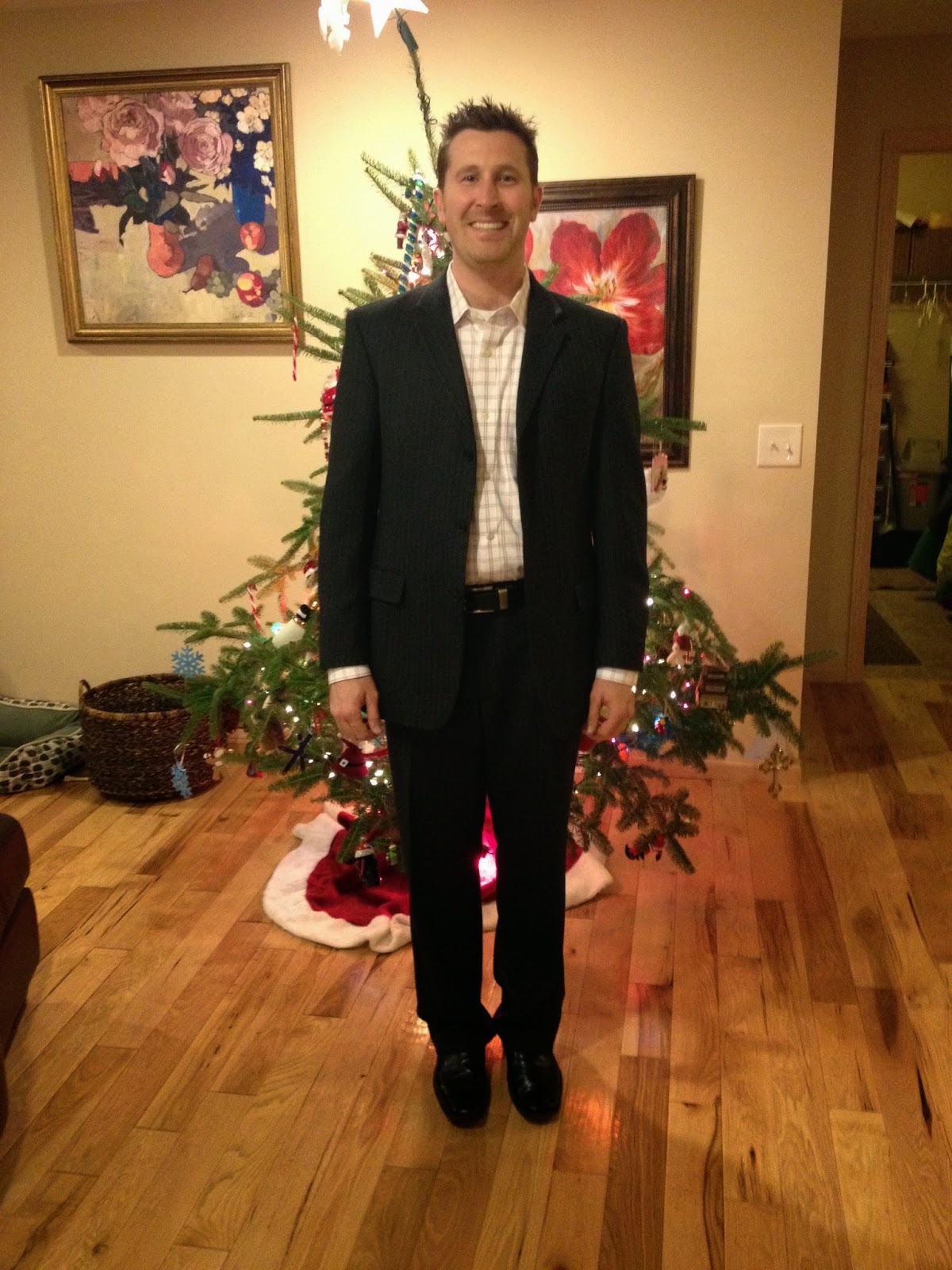 SUCH a dark restaurant. 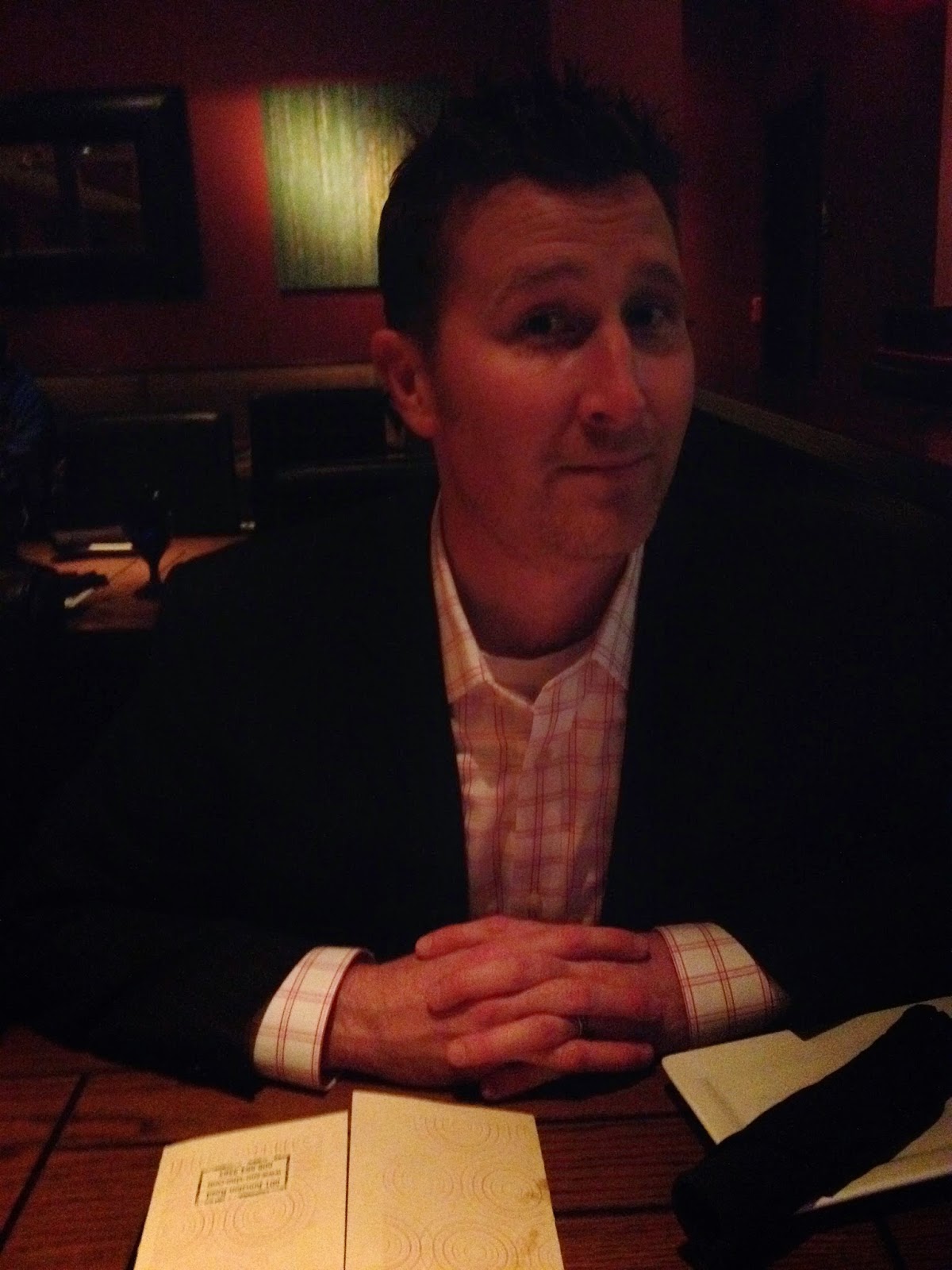 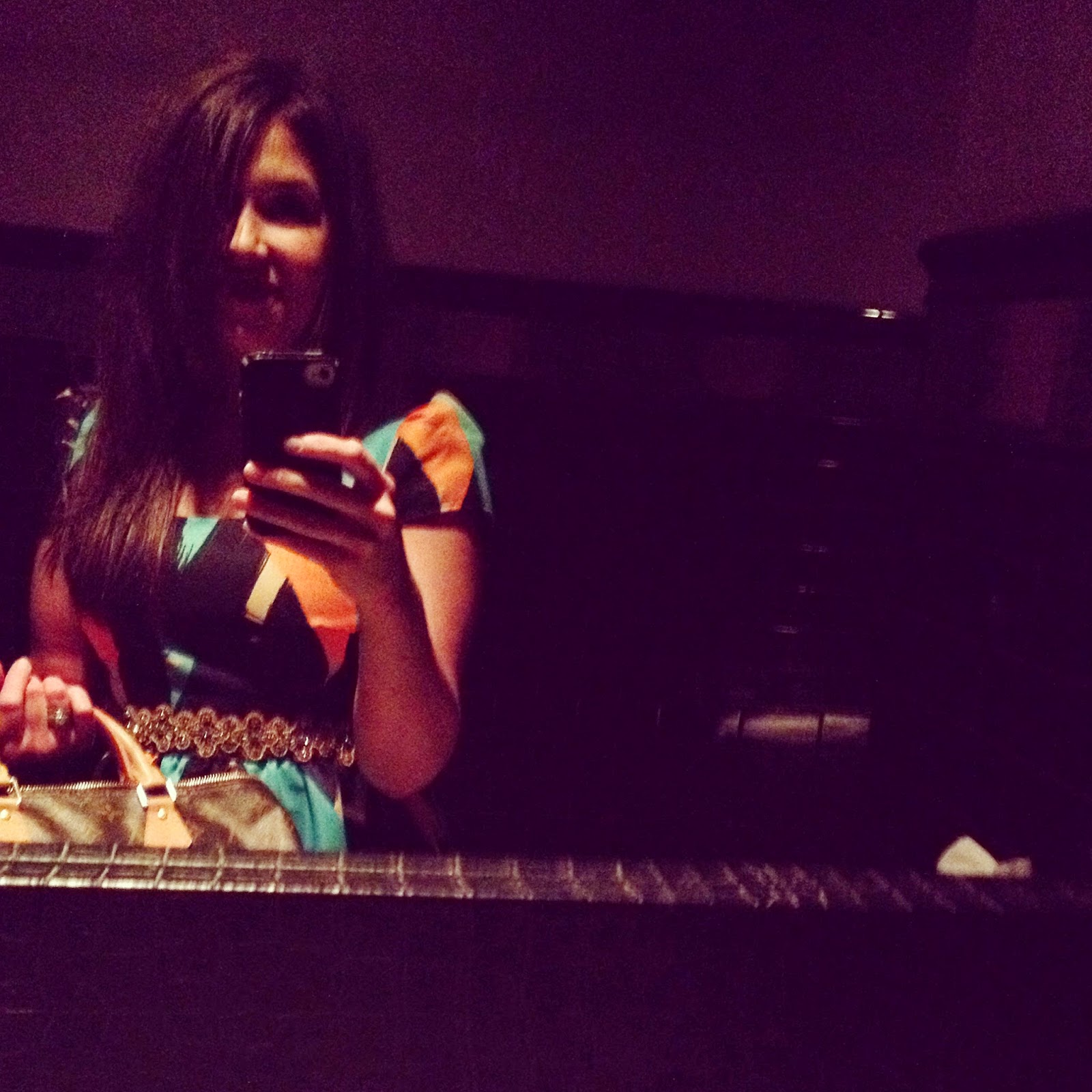 I LOVE how all the party pictures are blurry because I was totally feeling blurry.  So much vodka.  So many selfies on my phone. 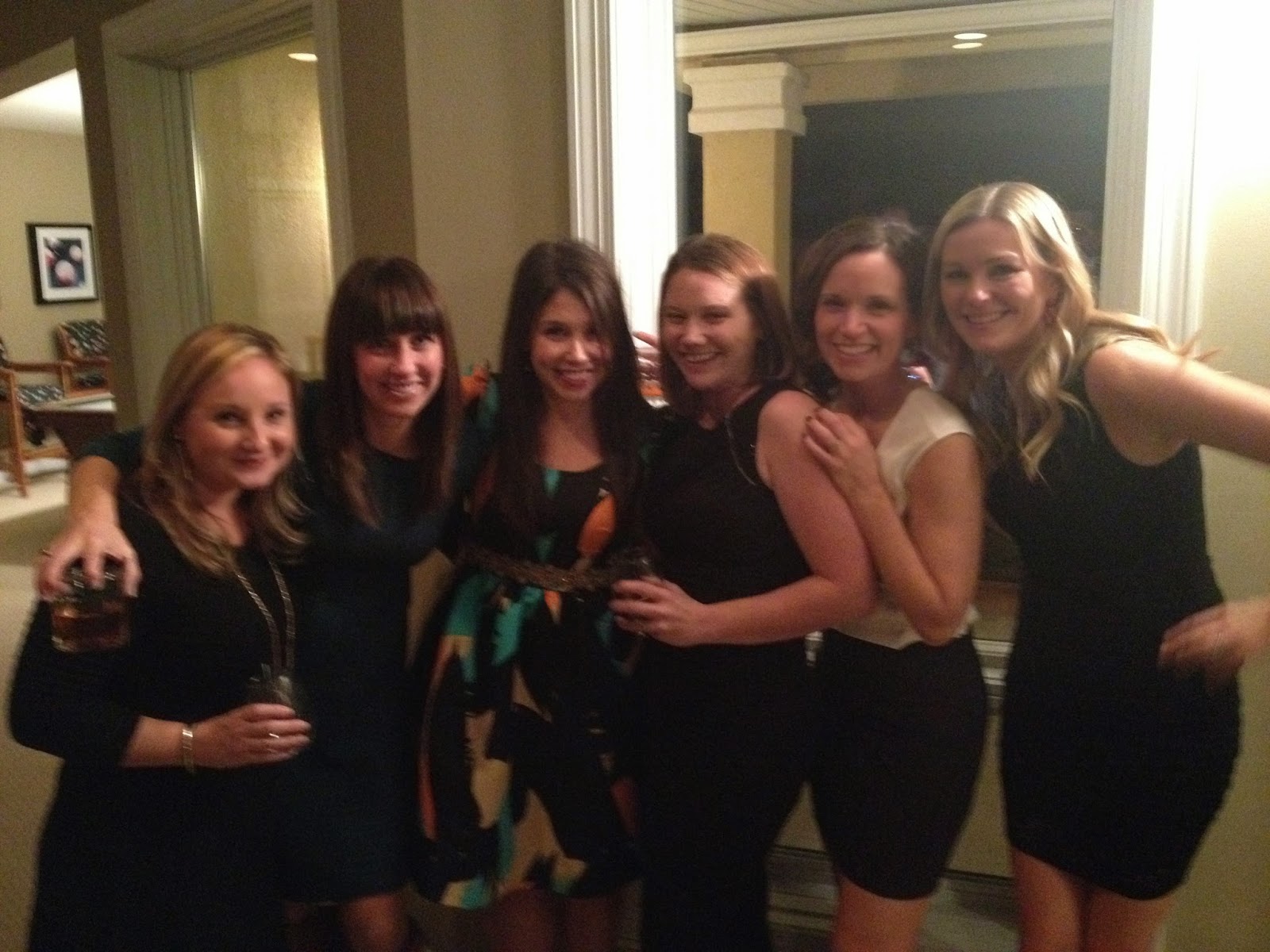 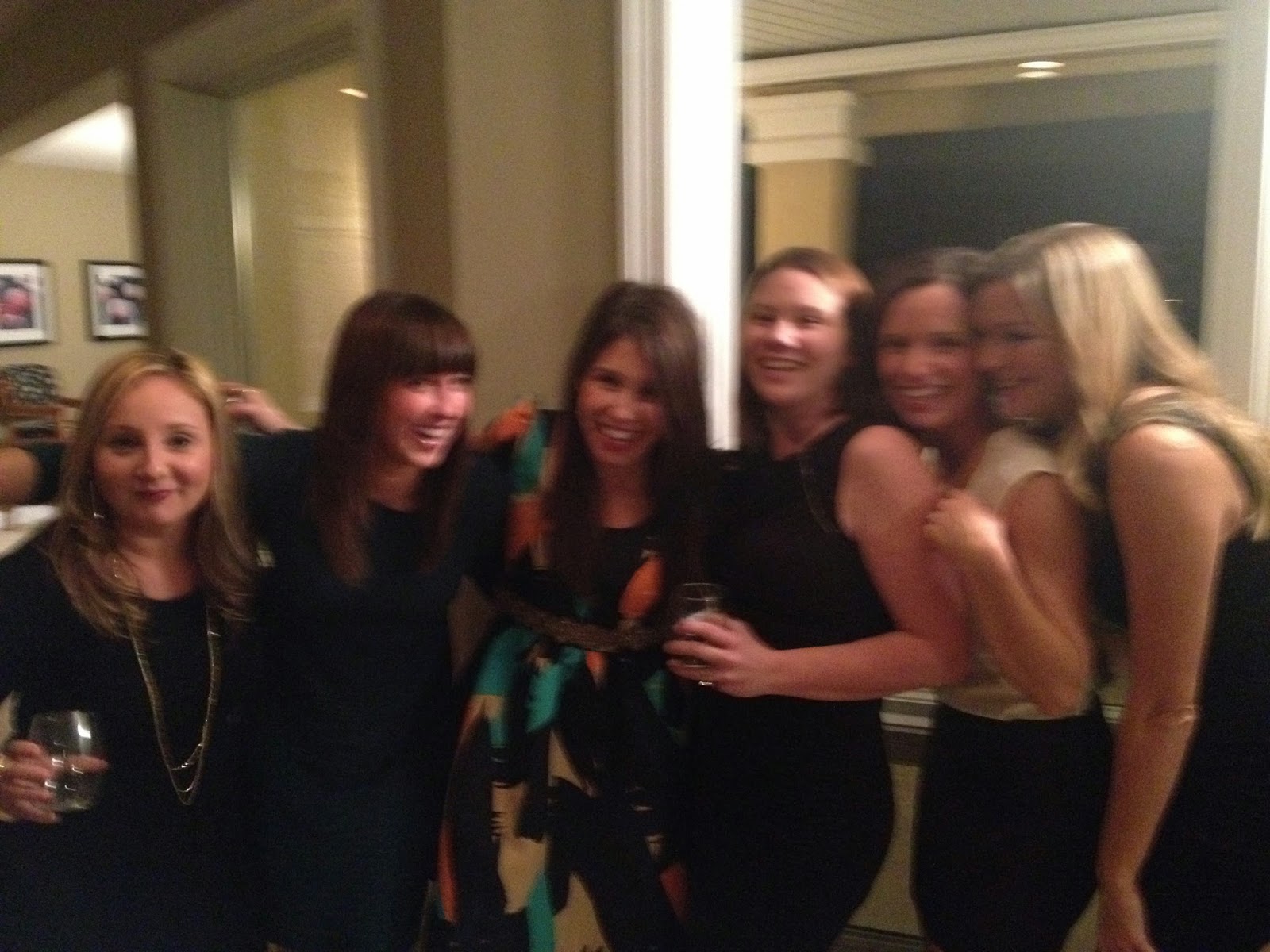 Shortly after these drink-in-my-hand photos, I had to take my damn shoes off because I kept almost falling down.  Because I am the CLASSIEST. 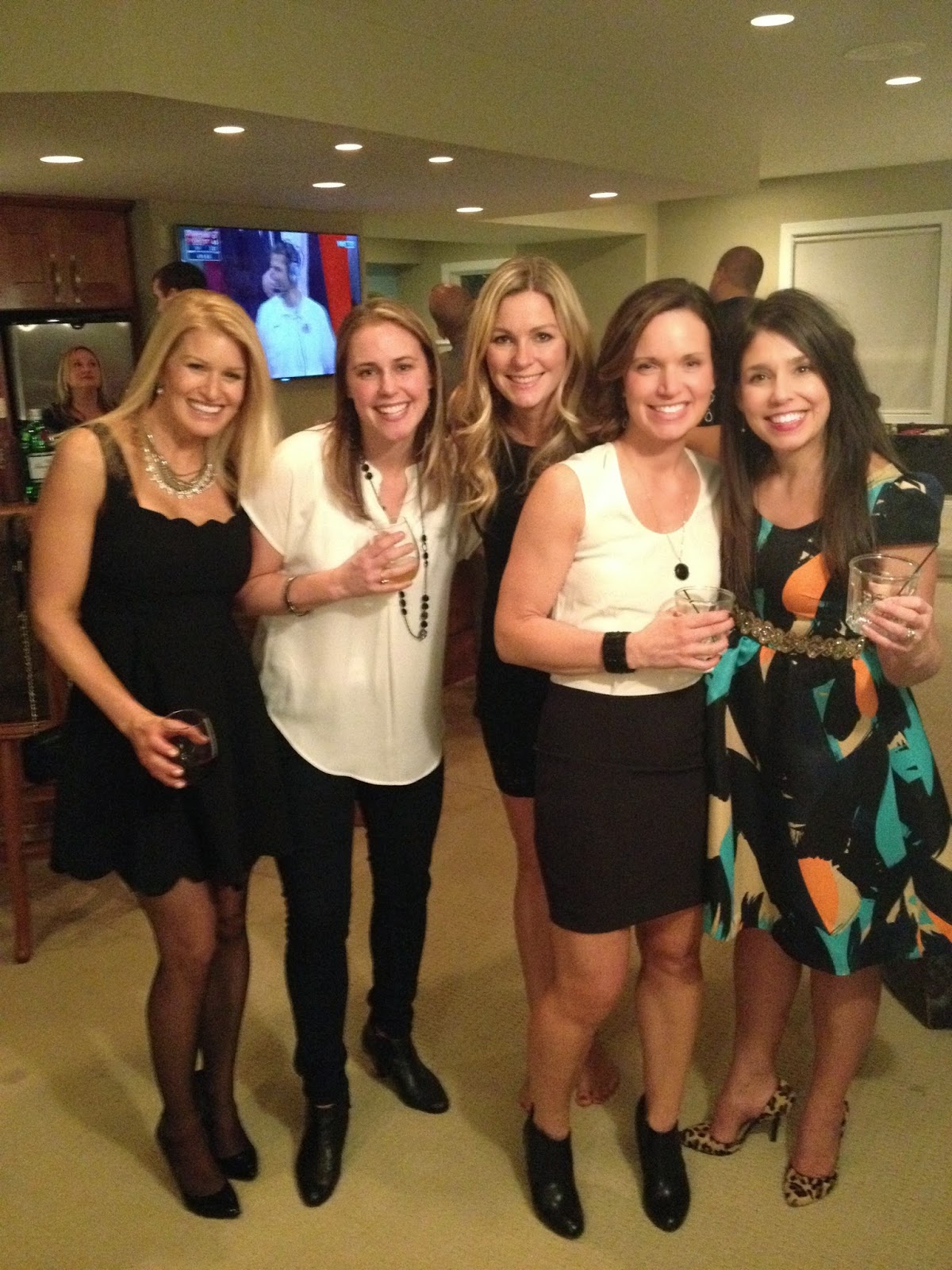 Shortly after we took this picture. we walked home.  About a 10-minute walk.  As we were leaving, a couple we didn't know came into the foyer on their way out and offered to give us a ride, saying they could either move the baby seats or we could "bounce around in the back of the Tahoe."  We declined, and I put my leggings on right there in the entryway in front of those people.  AWESOME. 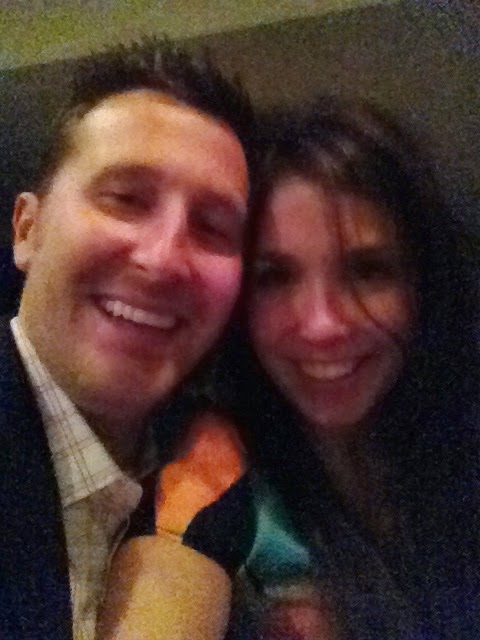 The whole way home, Ben practice spelling the babysitter's last name because we forgot to get cash and had to write a check.  After she left, he collapsed on the couch SO PROUD that he wrote a check correctly and ate a ton of cold sloppy joe meat straight from its Tupperware with a fork.

I made myself a monster peanut butter sandwich on pumpernickel and drank 2 glasses of water and some milk and watched part of a Parenthood from 2 weeks ago.

I woke up this morning under all my covers in my dress, beaded belt, leggings, and all my jewelry.  My long-wear lipstick was still looking good, and my eyeliner was barely smudged. My sandwich makings were on the counter, and Ben's meat snack was still sitting on the couch.  All the lights were on, and the front door was unlocked. The back of my head hurt so bad-- right at the base of my skull-- that I tried to replay the previous night's happenings, wondering if I fell down or bumped into something, or got hit with a pistol during a convenience store robbery.  But then I remembered the vodka.

Ben left immediately upon waking to retrieve the car and go to an 8-hour hockey coach training session 90-minutes away.  I stayed home with all the kids to make dinner, pack lunches, do laundry, and clean bathrooms.  I am still not sure who had the rougher day.