2/3 of us rode the Polar Express 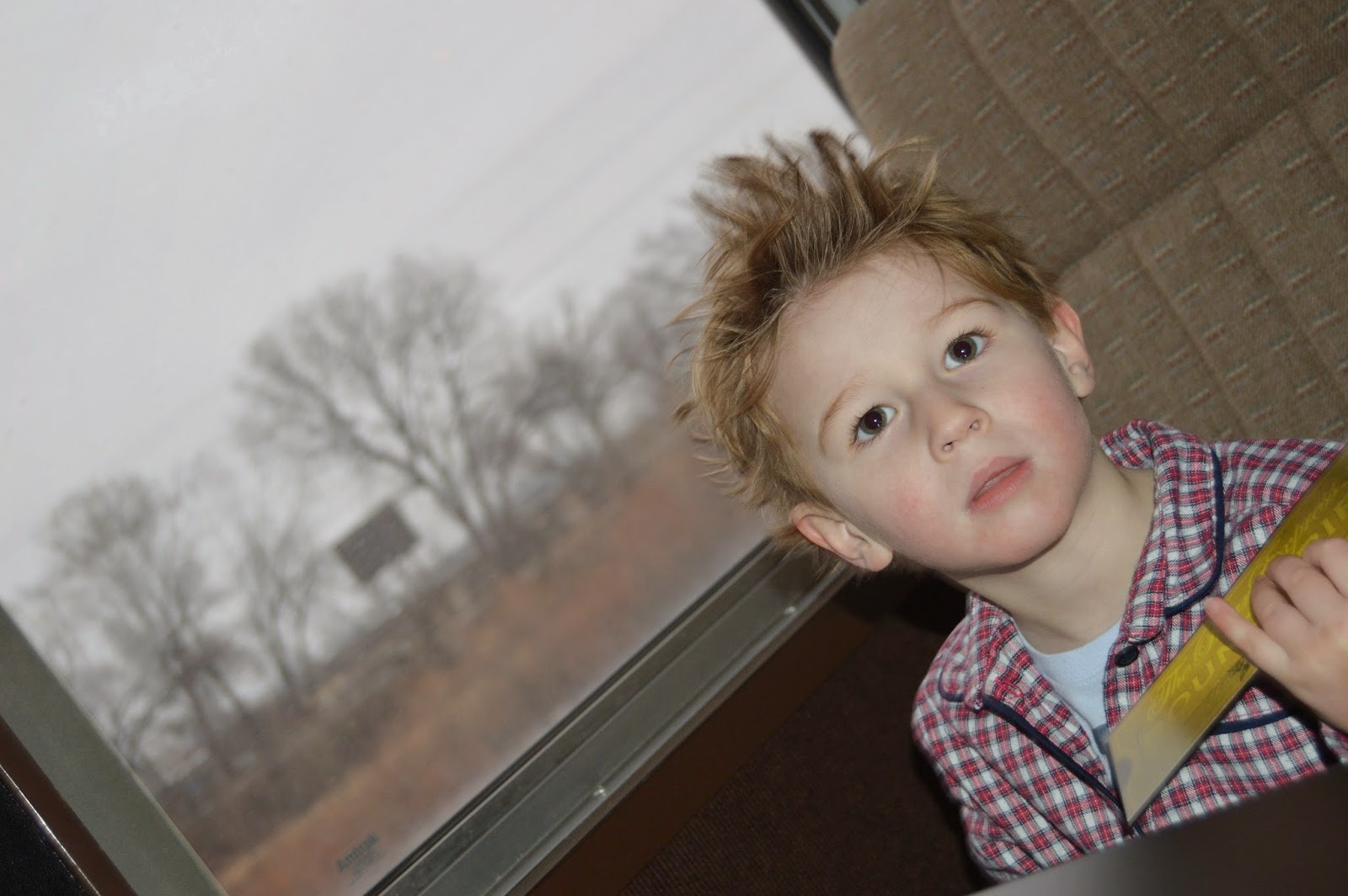 We have had tickets to ride the Polar Express for over a month.  The kids have heard about it at school. We have seen all of our friends ride on Facebook.  We bought the kids coordinating jammies and when I discovered that Cooper's were too small, I took Cooper and Dorothy to the mall to exchange them-- and I NEVER take those 2 to the mall by myself-- NEVER EVER.

Last night, we got everybody dressed as soon as the boys got home from school, loaded up our camera, and raced to the train station for a 4:00 pm departure.

And then Dorothy refused to get on the train.  "Uh-Uh," she said, tightening her legs around my hips. "Bye bye."

Sure, we could have pressed the issue, but first of all, I have a weird phobia about getting on any sort of enclosed moving thing that I am not driving.  Elevators.  Planes.  The monorail at Disney.  The creepy tram from the gate the the baggage claim at the Tampa airport.  And, apparently, trains.  This one was OLD (see the picture down below of the ashtrays in the arm rests), and I figured the doors would probably get stuck and trap us when the thing ran out of power (which has already happened this season-- the power outage, not the trapping).  So I was happy to stay behind with her while the boys chugged away for coca, cookies, and a Santa visit.  As we walked back to the car, she said "Choo-choo," so we went back, but then she balked at the entrance.  The conductor thought we were nuts and assured me she'd have fun when we boarded.  But I didn't want to ride for an hour with her screaming, so we went to Old Navy instead.

Ben and the boys had fun: 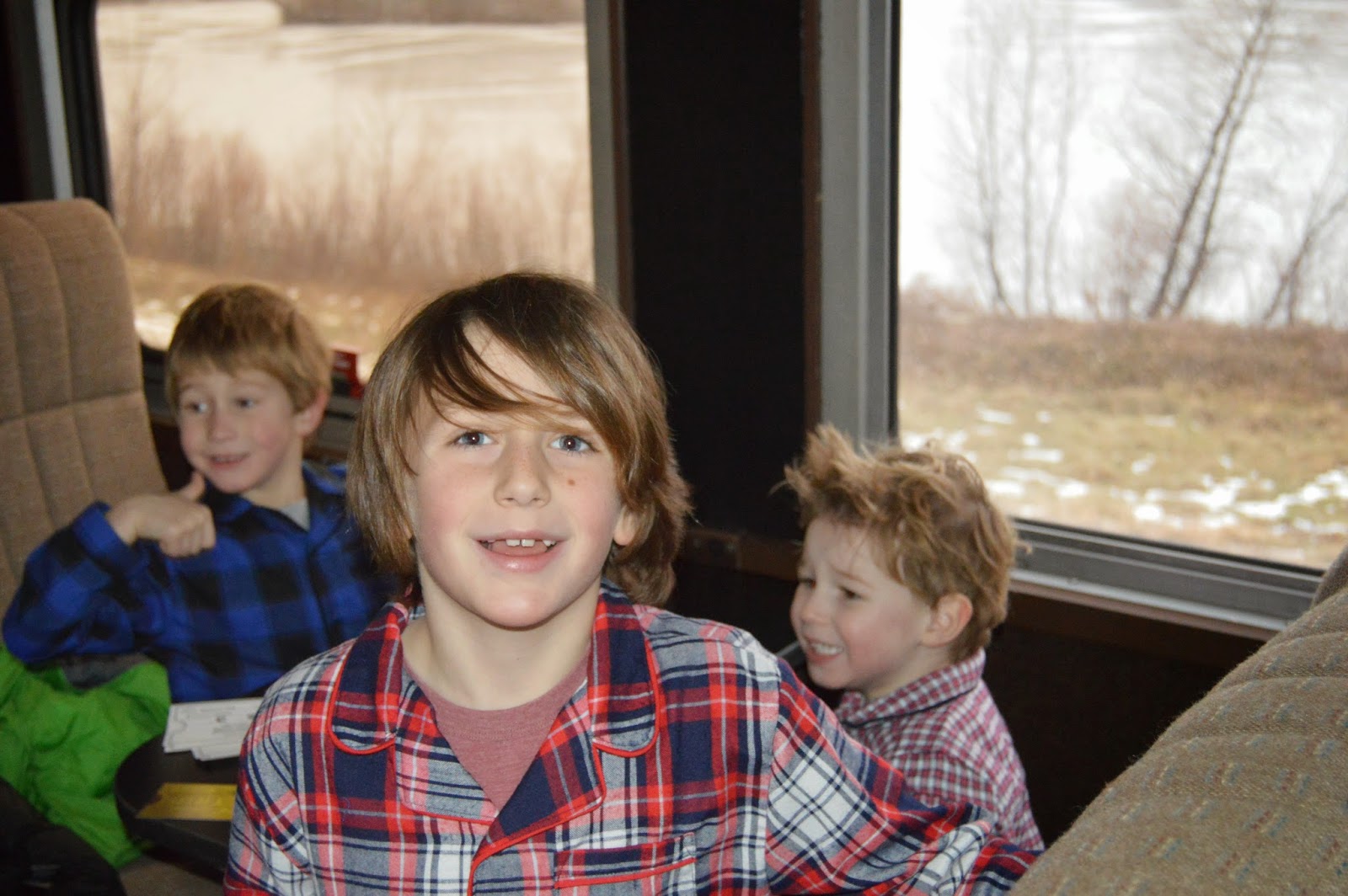 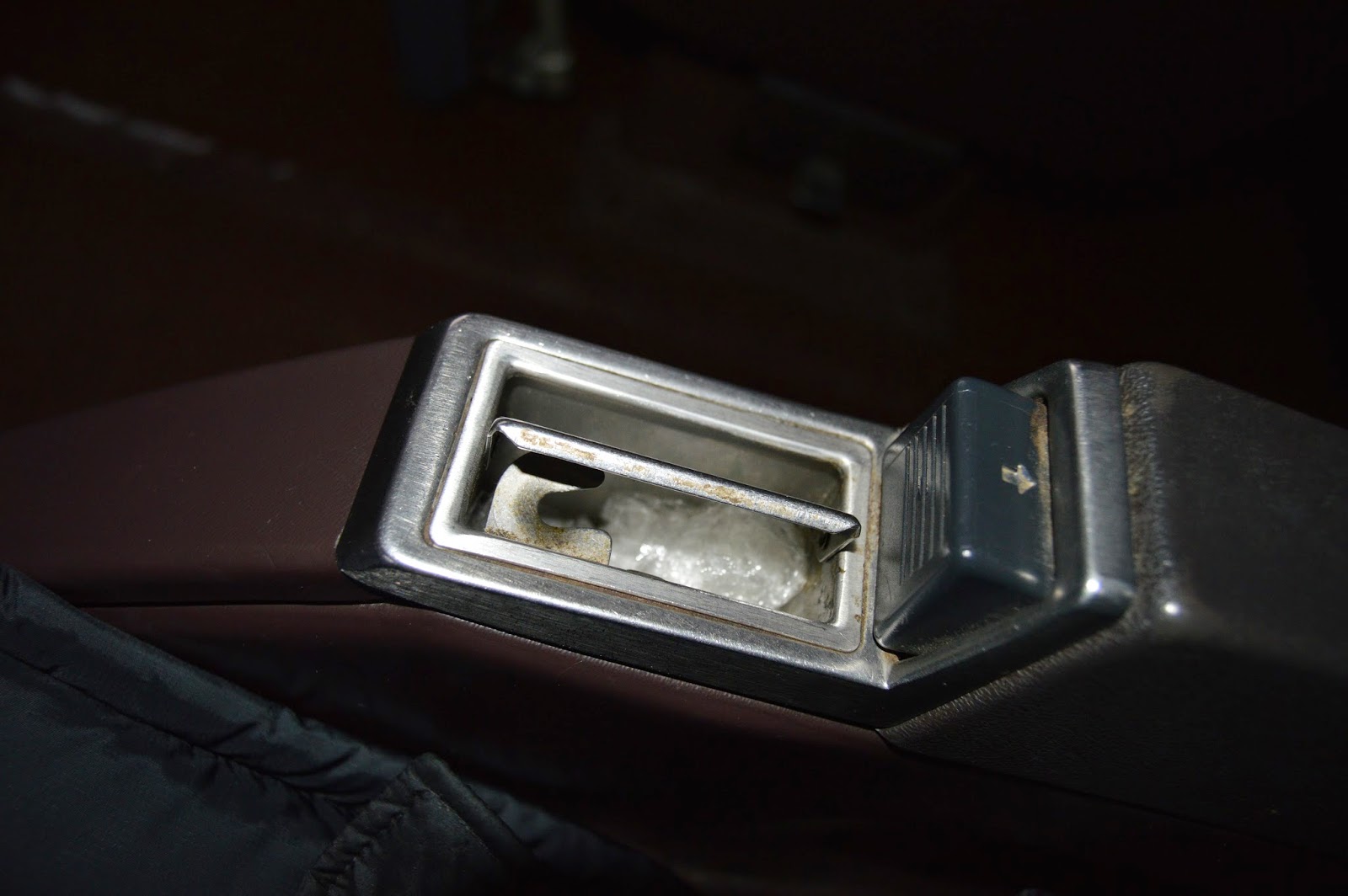 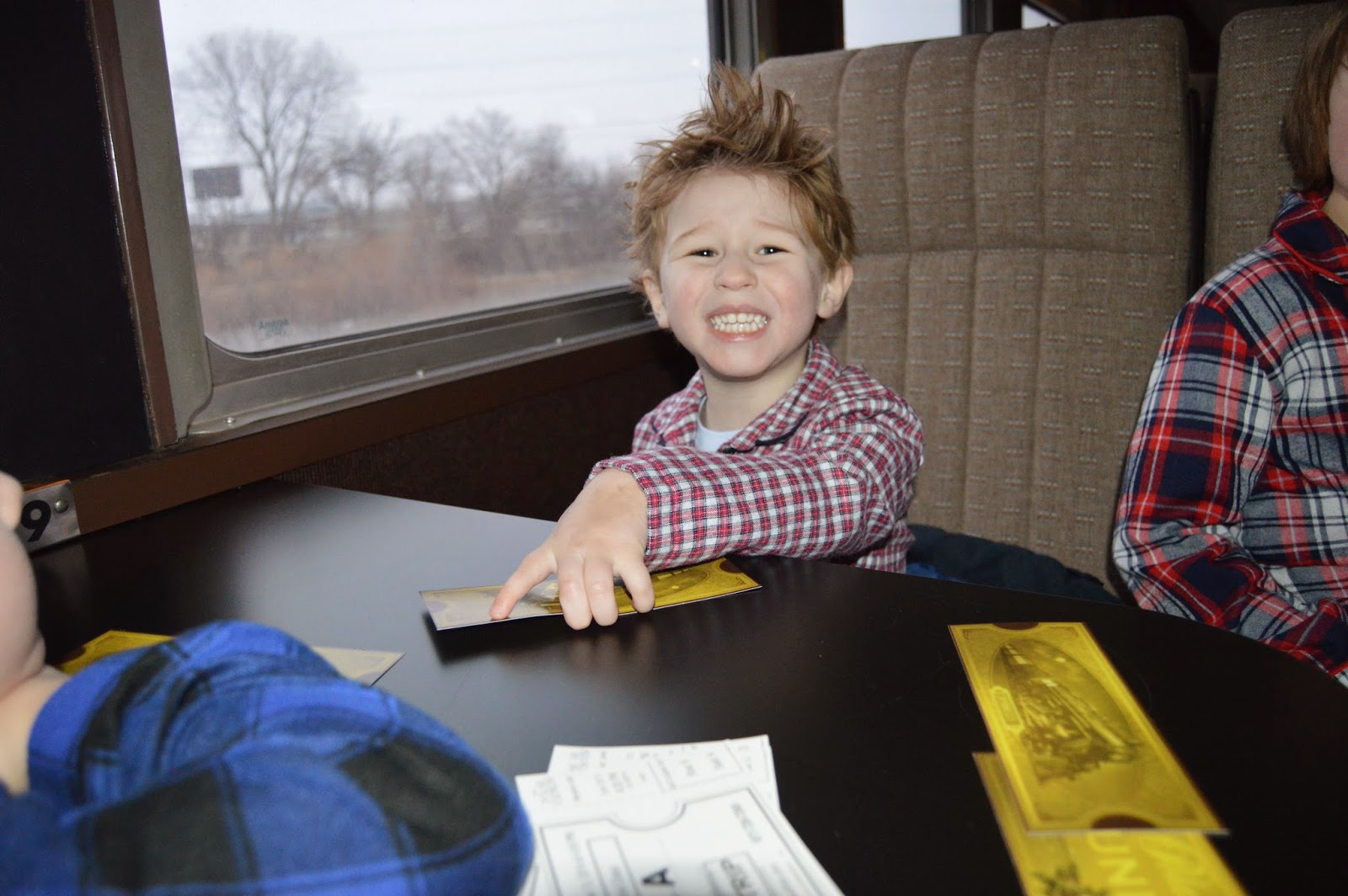 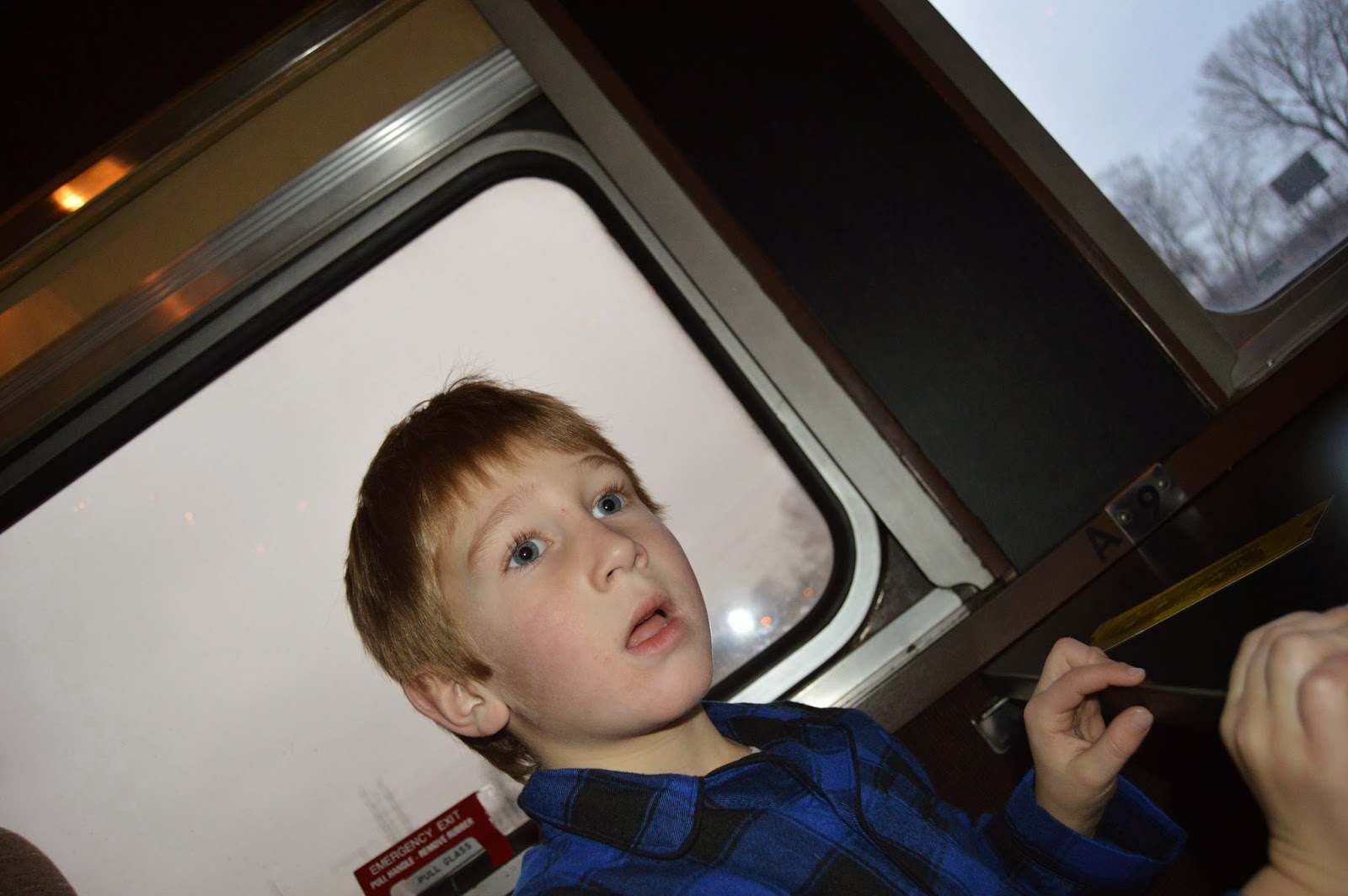 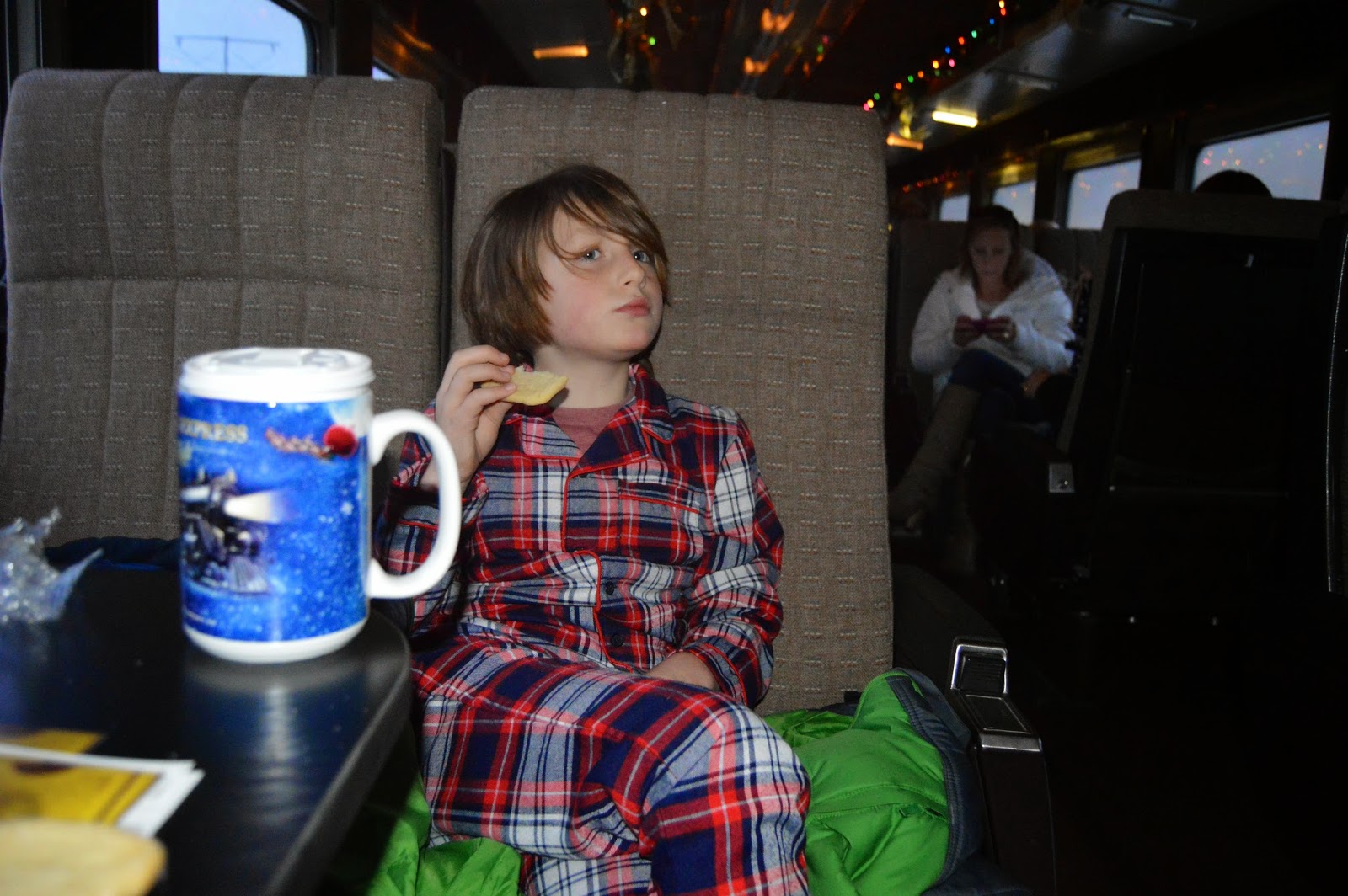 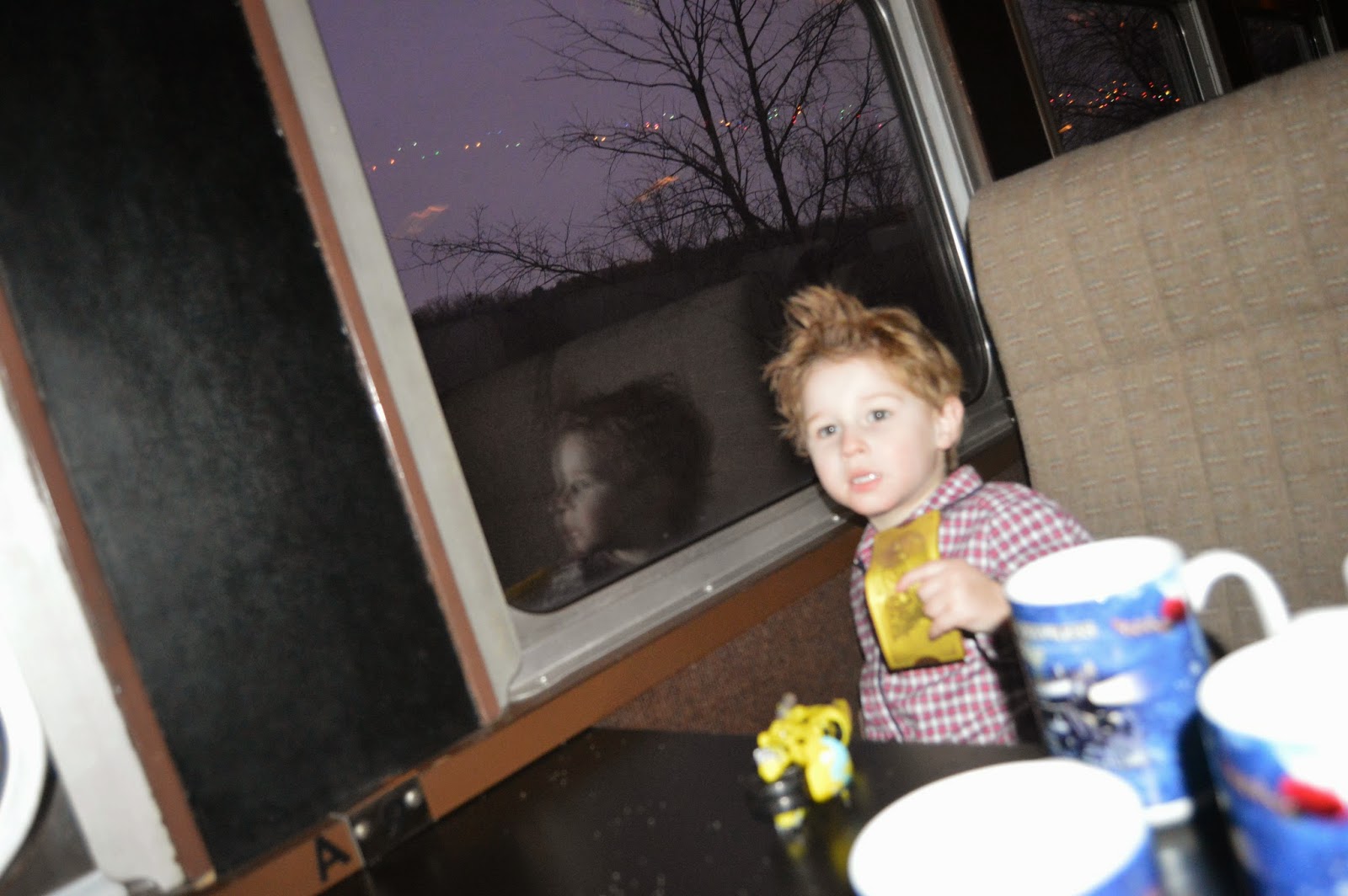 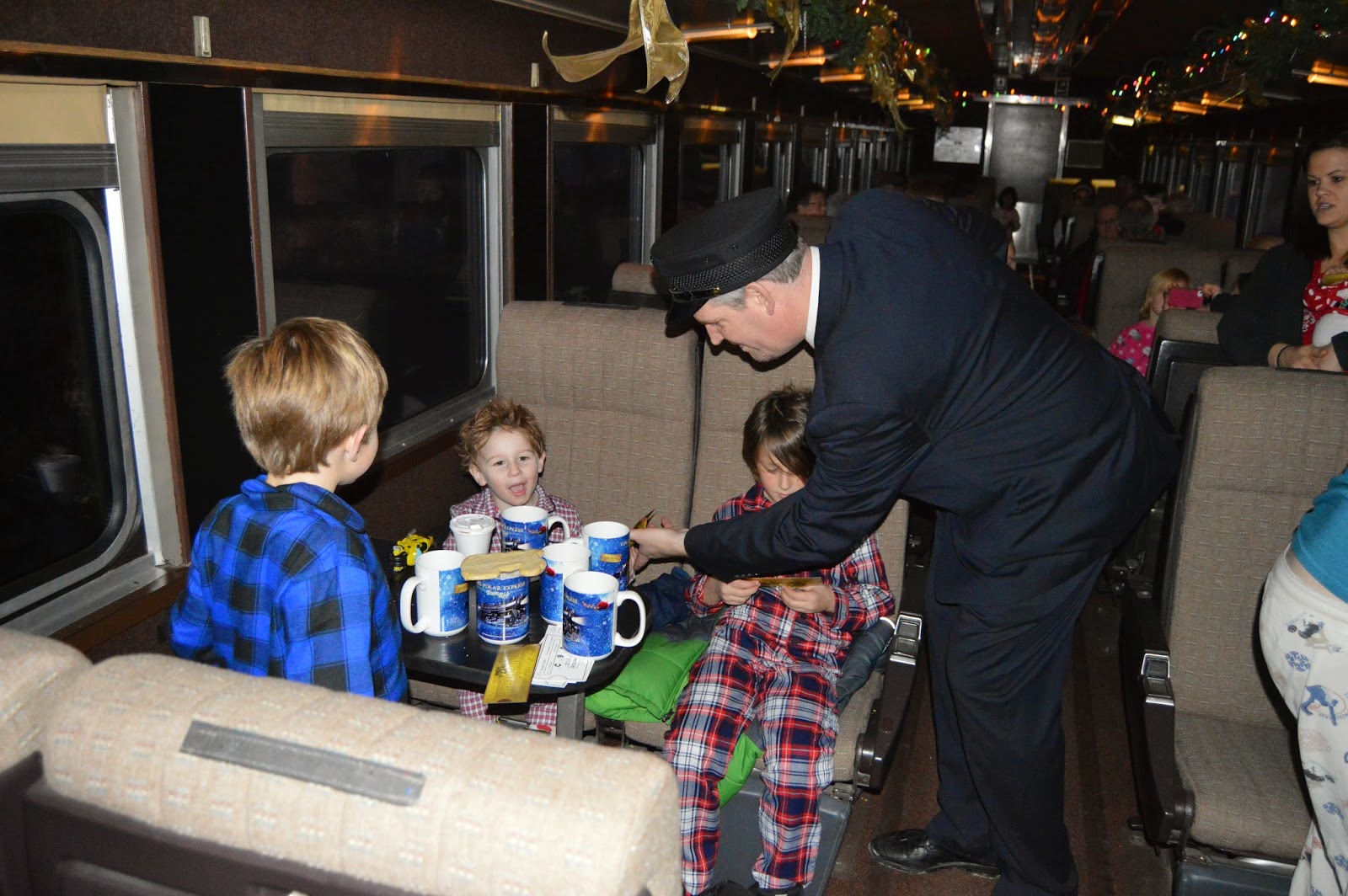 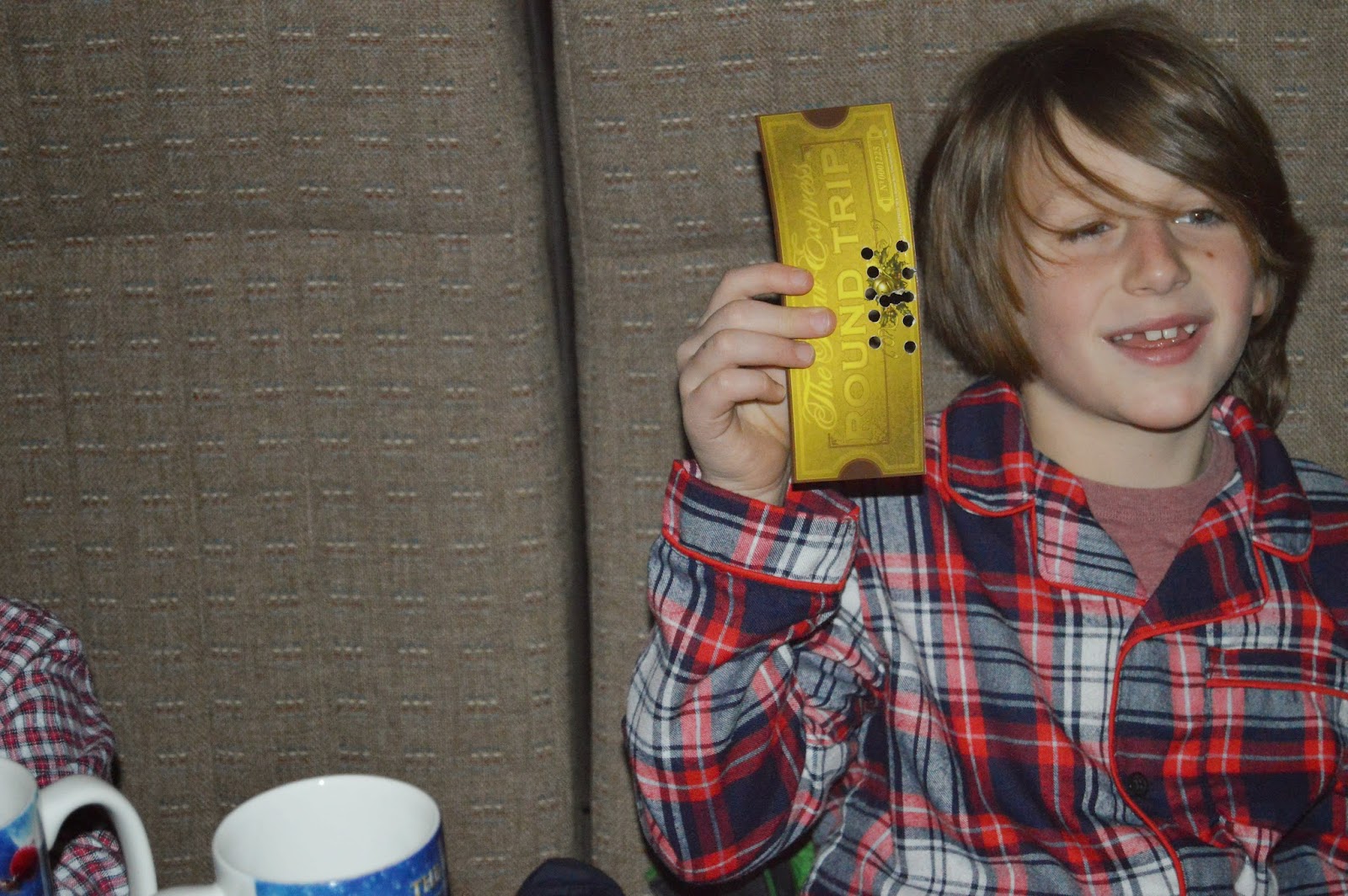 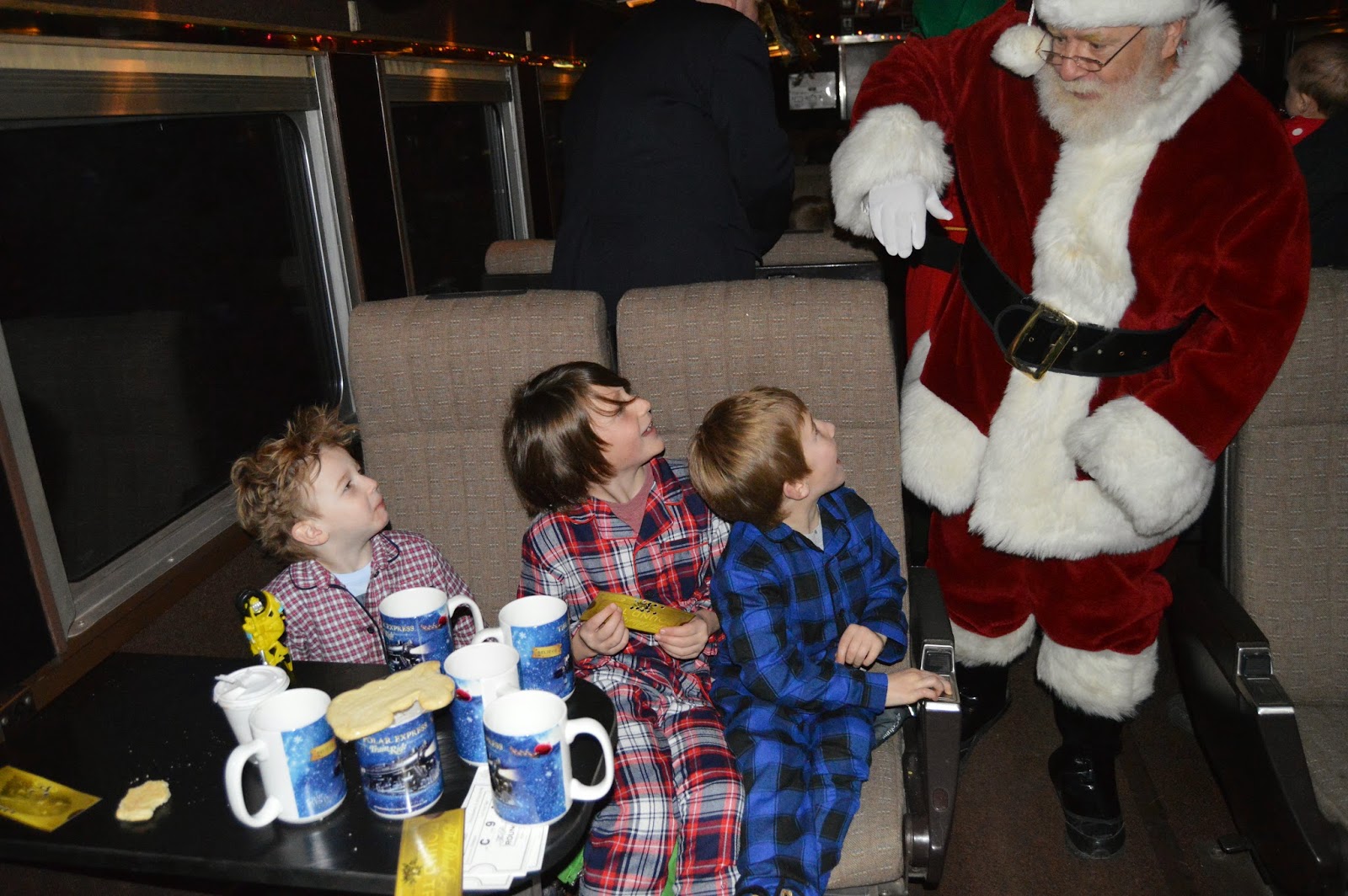 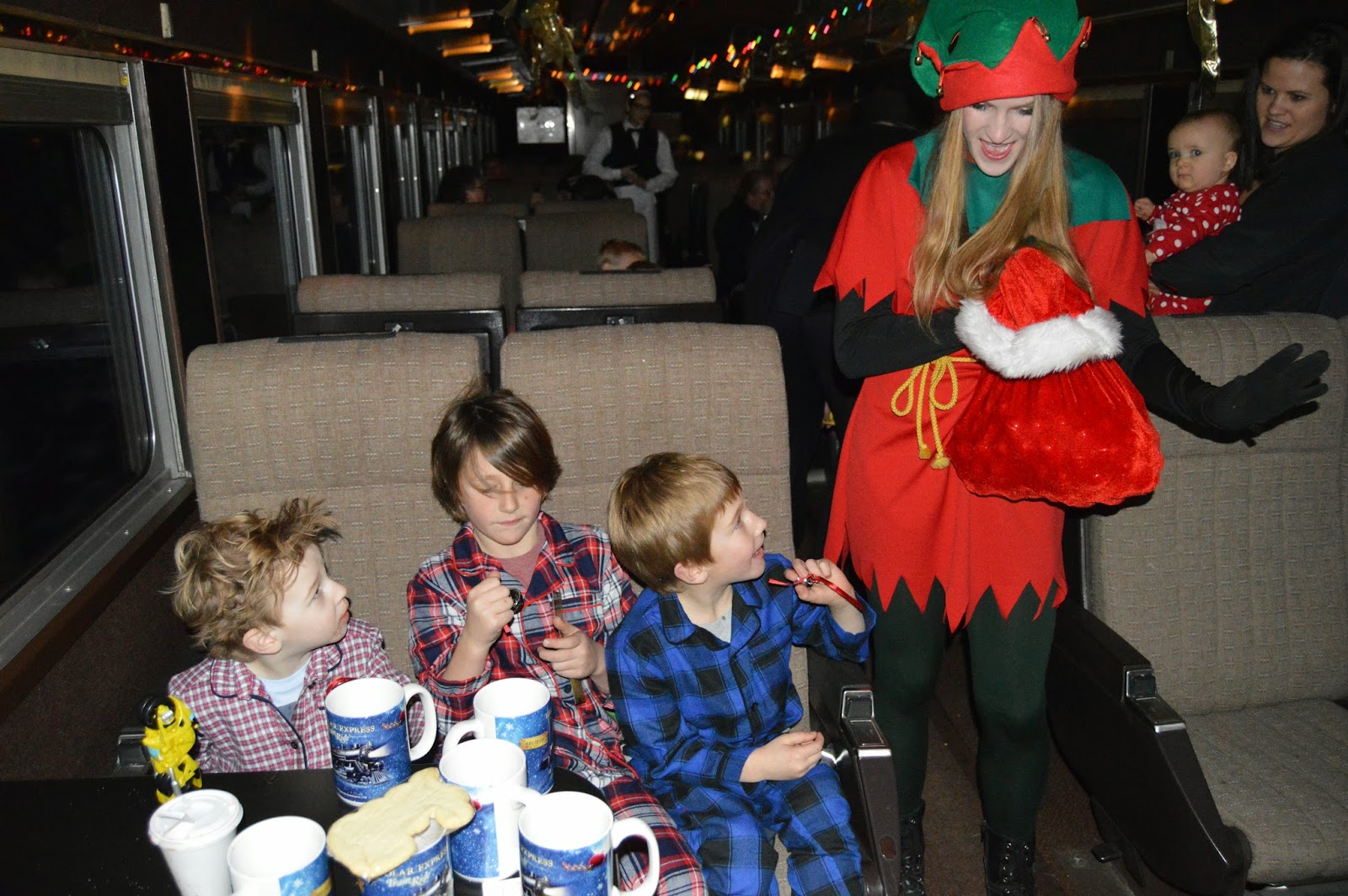 I did sort of freak out about flying on Tuesday, leading Ben to suggest that we eat the cost of our plane tickets and drive instead.  For 2 days.  But then I thought about it, and being in the car with the kids for 2 days seems way worse than being in the sky with them for 2 hours.  So.  I think I can, I think I can.  And if I wake up Tuesday with an I can;t feeling, we'll hop in the car and change our reservations a bit.  No biggie.

And it turns out, we would not have been trapped; Ben and the kids had to exit via the emergency exit which entailed jumping like 4 feet from the train car to the ground because Cooper HAD HAD HAD to pee, and the passengers did not have clearance to disembark yet.

Dorothy also hates elevators, BTW, and she has been saying no uh-huh every time I tell her about our trip.  Apple.  Not far from tree. 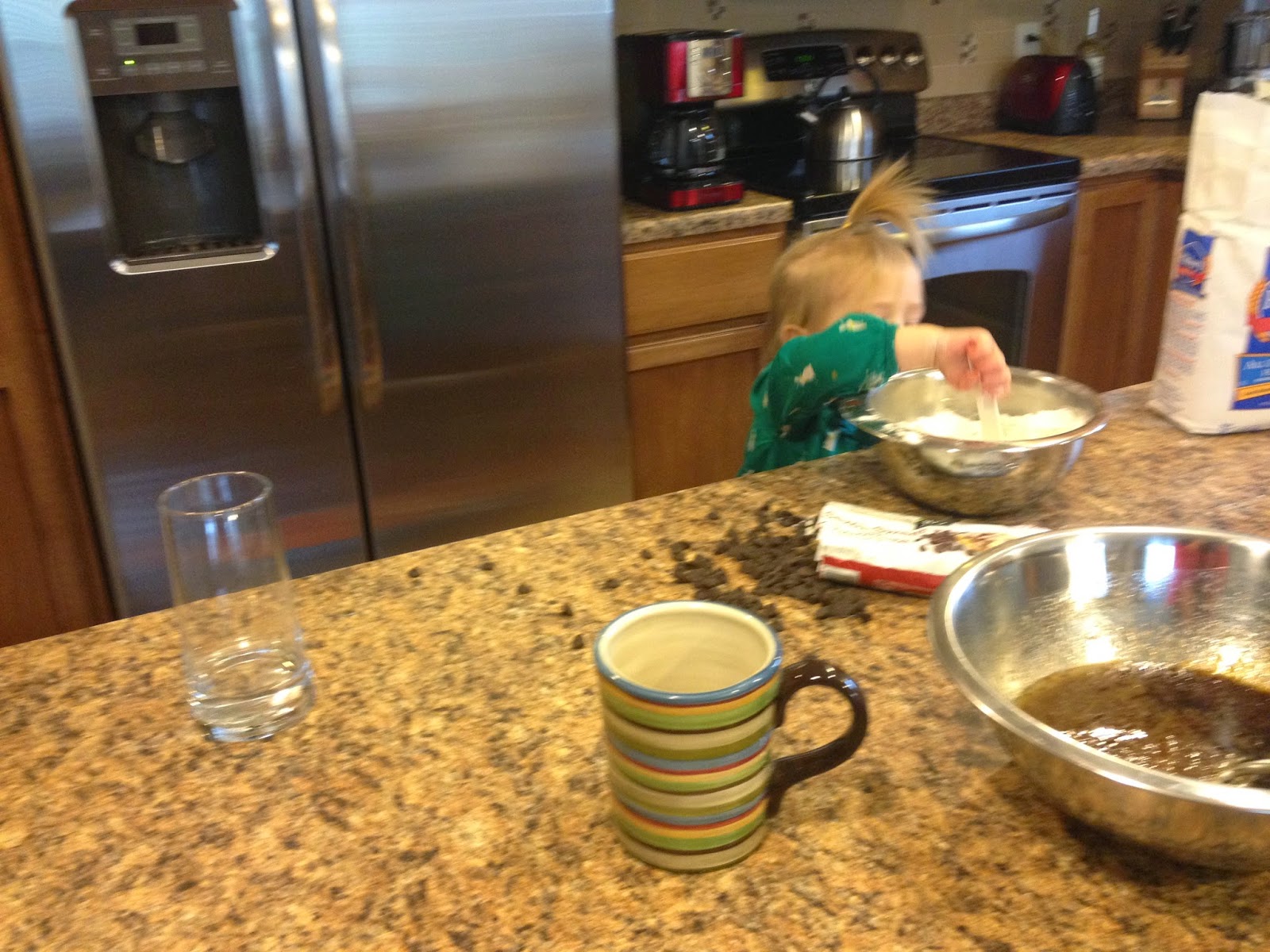 Even though they mostly just ate all the chocolate chips. 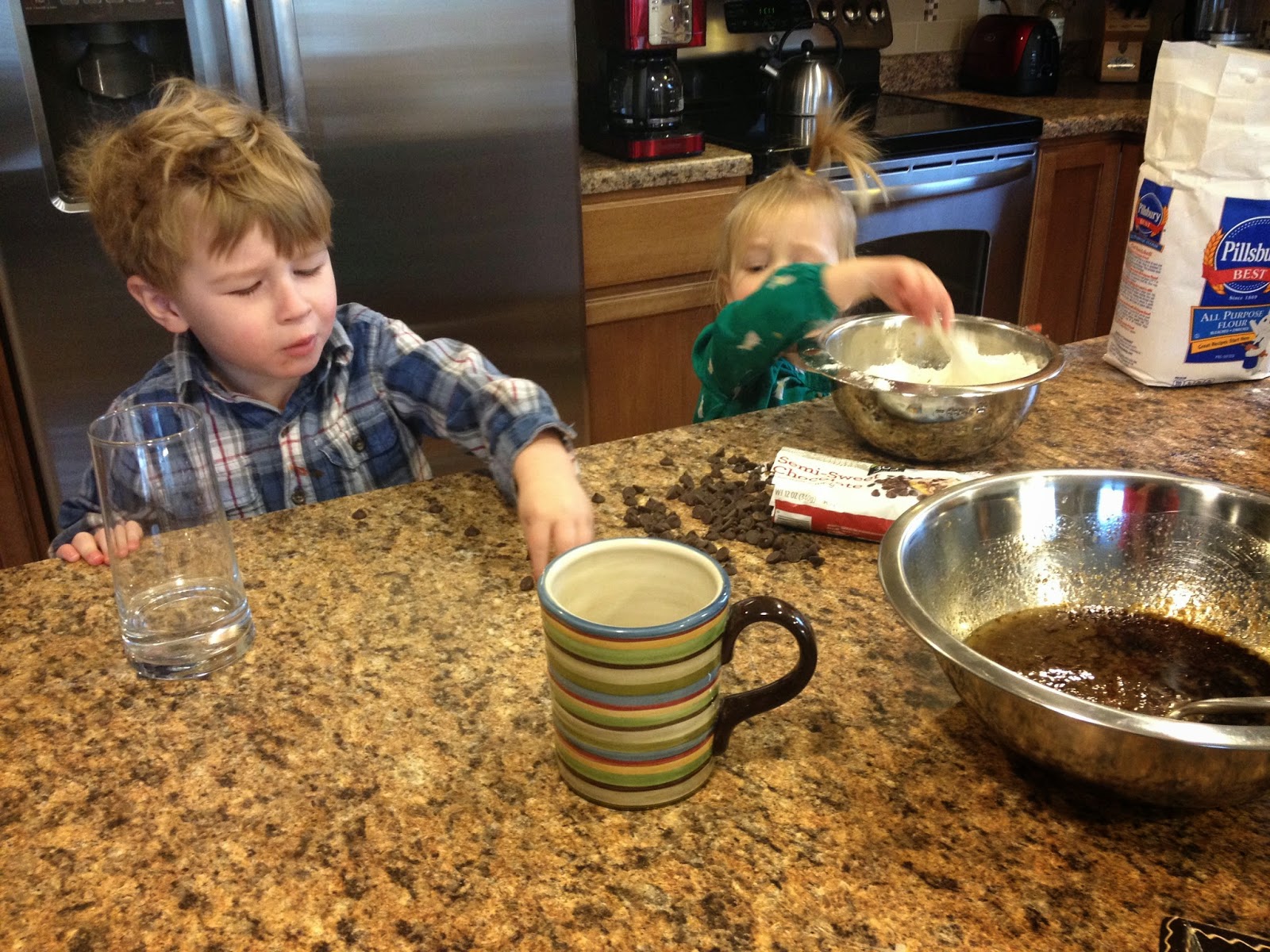 At Old Navy.  She's not much of a shopper truth be told. So the kids know about the Disney trip now? How did yall tell them? Did they flip out?
What helped you fly when yall went last time? I think comparing flight time to car time would be all I needed!
I absolutely LOVE the picture of the three boys looking up at Santa! That's frame worthy!

I'm a big fan of not forcing kids to do things. Re: the plane. Drugs. Lots of drugs. Ben will be single parenting, but two hours is SO much better than two days.