It probably felt like such a long day because we didn't really go anywhere. Well, we went to swim lessons, where Harry learned how to tread water. Sort of. He doesn't really get the tread part, so I kept thinking I was going to have to jump in and save him, although his teacher didn't look concerned.

We came home around 11, and I spent the rest of the day making these for the kids' halloween parties tomorrow-- that Ben has to go to because they both are happening during my class. 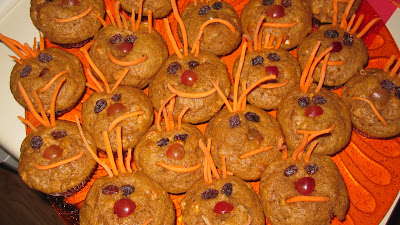 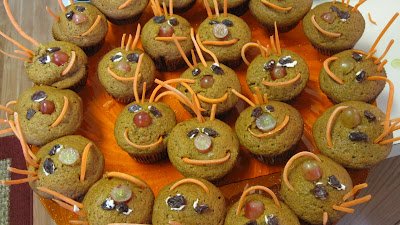 No cupcakes for the snowflakes, so I made organic pumpkin(for Jack) and apple (for Harry) muffins with carrot hair, raisin eyes, and grape noses. I kind of screwed Jack's up and waited too long to add facial features, so I tried to stick the eyes on with cream cheese. Kind of gross.

Don't let this picture fool you. They aren't necessarily that sweet. Jack was so freaking tired today because he naps at school but not at home, purposely-- he never sleeps well when he's had multiple naps in a row, and our Tuesday nights are sometimes rough, which bleeds over into our Wednesdays. He fell apart pretty much constantly after 3 pm while I tried to dig myself out from under a pile of midterm exams and essays (not successful). 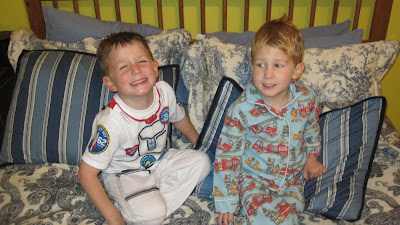 Then he actually fell asleep while eating his dinner and roused himself valiantly to demand some Joe-Joes when I was just done with the dishes. 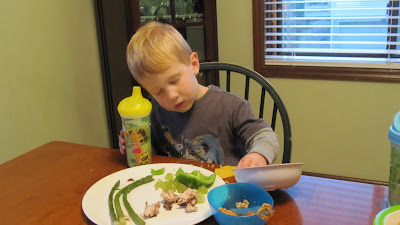 And now, my friends, I am going to read Harry a bedtime story and have some grilled chicken salad and wine with Ben-- a couch date on this blustery Wednesday night.
Posted by Sarah at 7:49 PM

Those muffins are super cute! And so are your kids.

this is not about the post - I just read becca's comment and combined lines somehow to see "couch muffins sound lovely!"

And I guess I felt that you needed to know that?