Pumpkins Again. Now we Have 13. No Joke.

ETA: (THANK YOU for the recipe ideas in the comments of my last post-- can't wait to cook up something spooky for Harry's class breakfast (that I have to miss because I teach in the morning. ugh).

On Saturday, we met Amy and her adorable family at a pumpkin patch in the middle of nowhere and had so much fun! I would have updated my blog sooner, but I have been face down in the best apple pie I have ever eaten (from the pumpkin patch in the middle of nowhere) pretty much ever since. It has sugar cookie topping, this pie, and crust that tastes like monkey bread. OMG. NOM NOM NOM.
We brought the Unabomber with us. 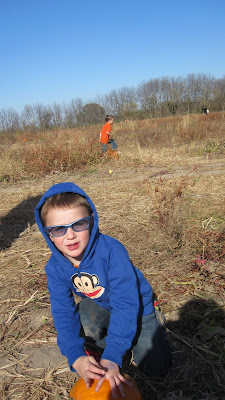 And his brother, who is clearly much less sulky. 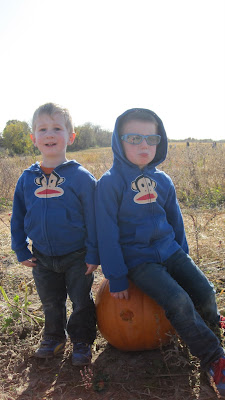 Dude! You guys! On the hayride? Some guy was SMOKING. And no one seemed to care. And at the gift shop? Ben bought 2 different kinds of smoked meat. I freaking love Wisconsin.

Also? These shoes? Are fur lined. Making them the worst choice ever for the rocky dustbowl that was the pumpkin patch. I had to VACCUUM them when I got home. On the insides. Dreamy. 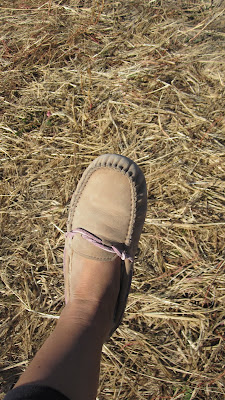 While Amy plopped her 3 photogenic and obedient children in pile of pumpkins for pictures, my kids sat on the edge of the pumpkin pit and beat the crap put of each other. I should have intervened, but instead, I took pictures.
They started out okay, but kind of handsy. 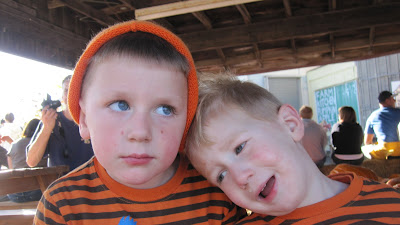 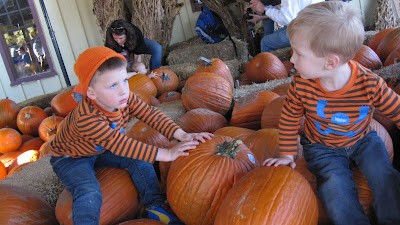 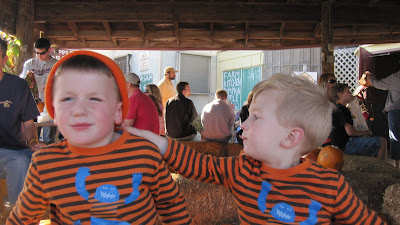 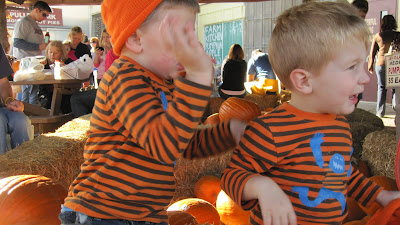 They cooled off and looked contemplative for awhile 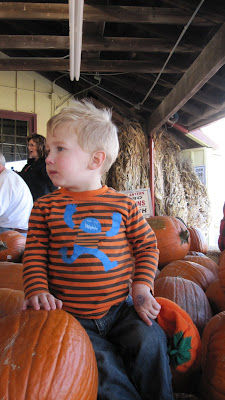 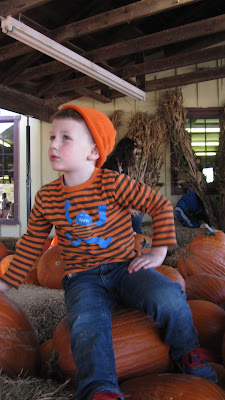 Then we hit up the make-your-own apple buffet (except for Jack-- he went with Ben to the meat shop and got a ghost cookie the size of his head which he licked all over and taunted the other kids with. Nice. 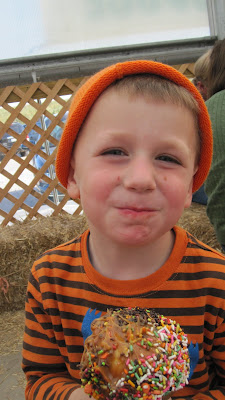 It was a delightful afternoon-- I love it when my kids have fun doing kid stuff and I get to simultaneously have fun with grown ups.

Today, Harry started his drama class. Where he asked the teacher if it was time to leave yet because he was bored. Awesome. And Jack and I started our yoga class. This kid. He is always 2 knuckles deep. 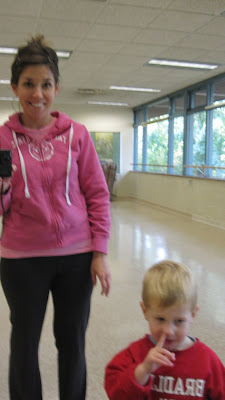 Amy has two girls. I'm convinced it totally makes pictures easier. My niece is always looking adorable in pictures. My kids are usually fighting or have their hands in their pants.

Looks like a lot of fun! We are waiting for it not to be ninety degrees four our magical pumpkin patch experience. If that means it's after Halloween I'm going to be pissed.

Two girls, yes, but one Jack. And that equals two boys some days.

I would also like it noted that you can see me in the back of the picture after "and then" and you can see I am arranging the three children BY MYSELF while the three other adults hang out in the background. I imagine those people who spend their days photographing food are very lucky. Their subjects never move, lick pumpkins or stick their hands in their mouths.

We had a blast! And seriously, people, the guy smoking while sitting on the actual hay was so many kinds of awesome.

I don't know if girls are easier. AJU5 would rather be the one taking the picture these days. It is hard to get a decent picture of her, let alone a picture of her and AJU6.

I want to take the kids back to the pumpkin stand we went to a few weeks ago for more picture fun (since I didn't get many pictures that day because we were with friends and as usual AJU5 wanted nothing to do with pictures).

Yep, it's from Target and the BEST THING EVER when it comes to pumpkins. Last year we got a couple of other mix-n-match kits that have animals and monsters and they will be making a come back soon...

Just got the same orange shirt for Blake - obvs I'm a big fan of Target!