After Little Gym, preschool, and swim lessons, we launched Phase 2 of Jack's birthday: Playground picnic. One of Harry's friend's brothers shares a birthday with Jack (and is a year older), so we celebrated both kiddos with baked good and balloons. We ran into a small stumbling block when we found the school playground locked (and it actually took a ridiculous amount of time for someone to unlock the gate, but they did, and the playground was fab as usual). 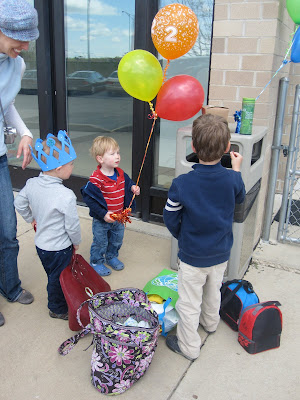 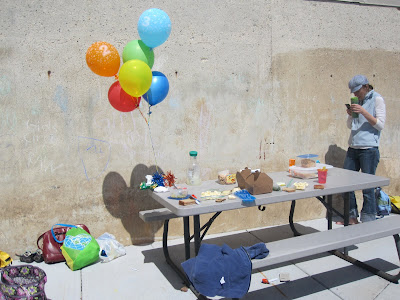 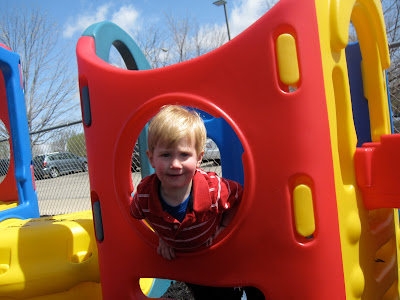 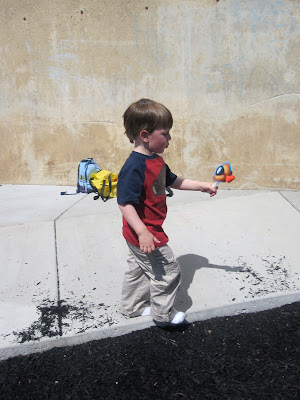 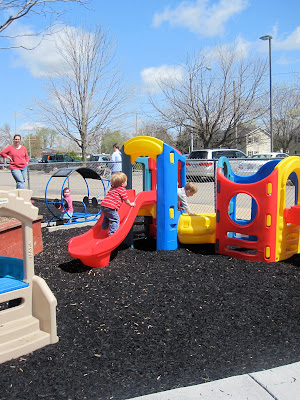 The birthday boys face off on a slide 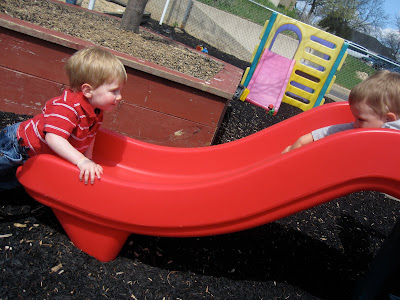 Next, Jack and Harry and I went to Toys R Us to spend the gift cards that Grandpa Jack and Bomma sent for Jack's birthday. Thank you for including Harry-- he was so excited to get a present! 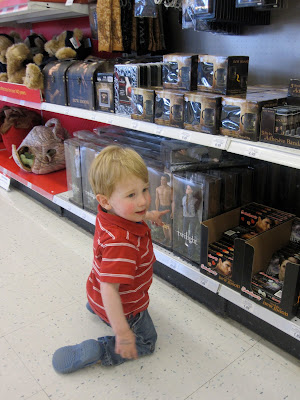 They both tried out the SmartCycle 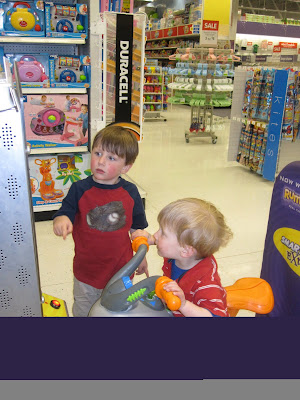 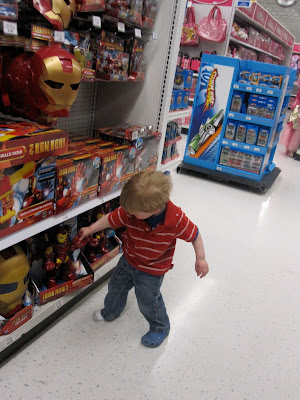 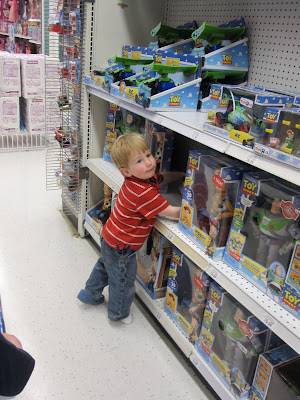 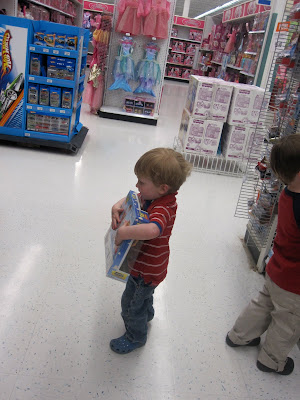 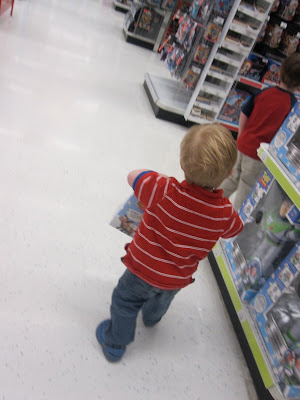 Harry was clearly very serious about these Bakugan toys 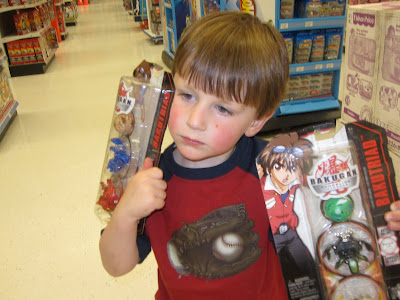 They loved using their gift cards to pay, and they were happy to carry their own bags 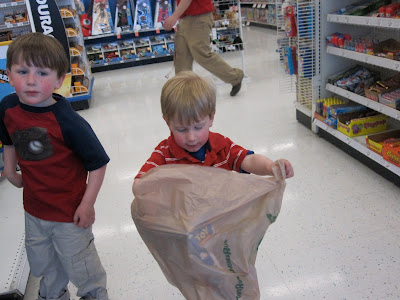 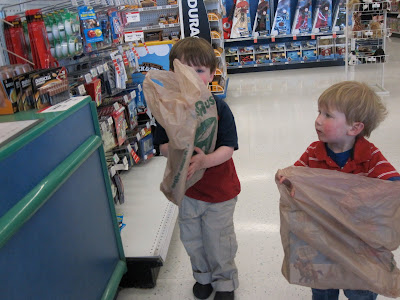 We rounded out the day with a trip to Jack's favorite pizza place. (Actually, pizza is his favorite-- the place doesn't matter)
Harry and Jack were actually really fun and companionable at dinner tonight. We played "I Spy" for a long time. 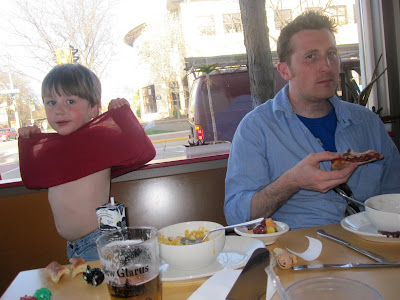 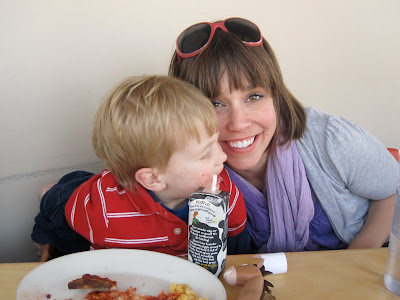 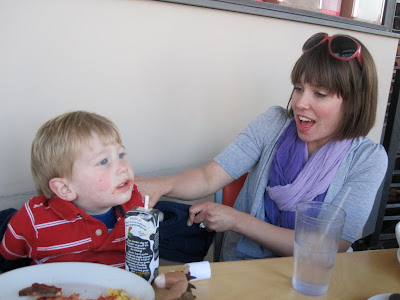 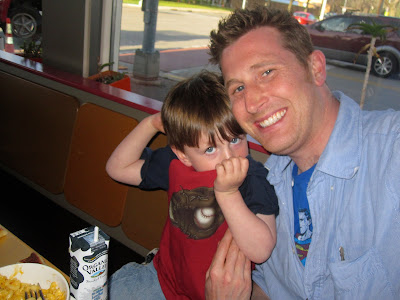 Look at him! He loves to be sung to 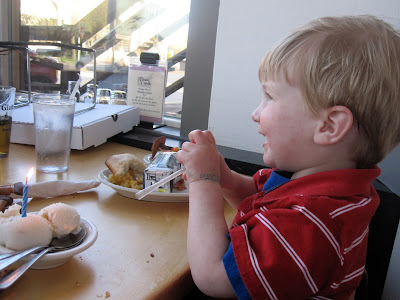 Jack was reaching his fat hand right toward the candle flame when Ben leaned across the table and blew as fast as he could. Phew! Ben holding the candle he blew out in the nick of time 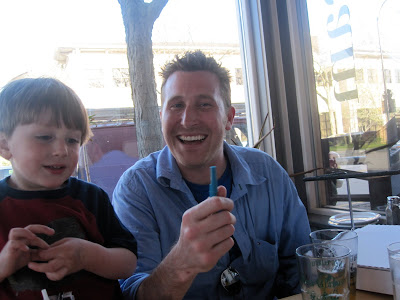 Jack shared his ice cream, but he didn't want to 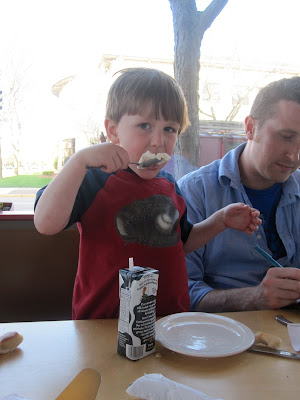 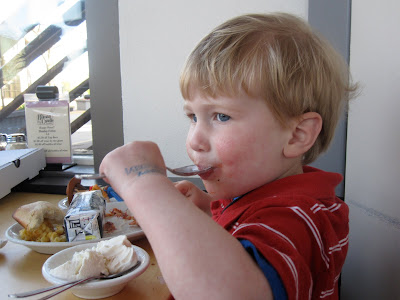 Wow! He's all grown up in that last pic. Hard to believe he's only 5 months older than Wes! Happy Birthday, Jack!