Even though Jack's face says otherwise, we really are having fun this week 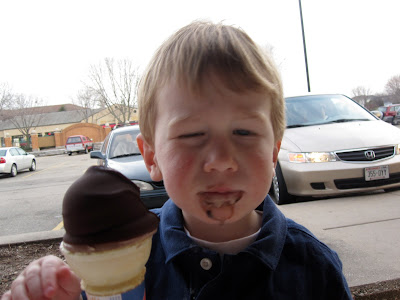 Here are Harry and Jack looking contemplative at the zoo. Perhaps they are wondering why we go to the zoo everyday? Beause we CAN. 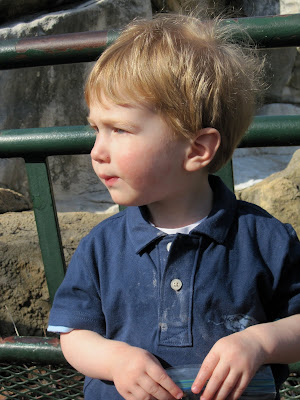 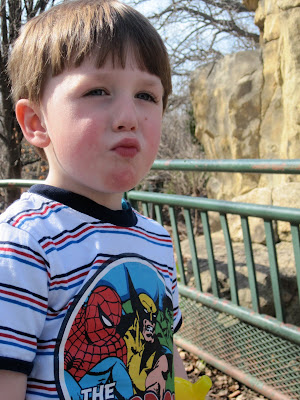 Nothing captivates kids at our zoo like the otters. You can tell when the otters are out and swimming by the squeals of happy children pressed up against the glass yelling, "Here he comes!" or "He's swimming right toward me!" or "EEEEEEHHHHH!" Seriously, it's the loudest exhibit at the zoo.

Scariest? The tiger. He prowls back and forth all day and has worn a worried path into his tiny little habitat. He worries me, this bored hungry tiger, staring all day at the tapirs and the rhinos, both of whom have signs in front of their cages that depict them being eaten by tigers in the wild, which has to screw ith the big cat's dysfunctional mind. 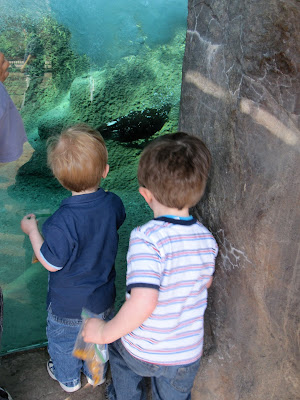 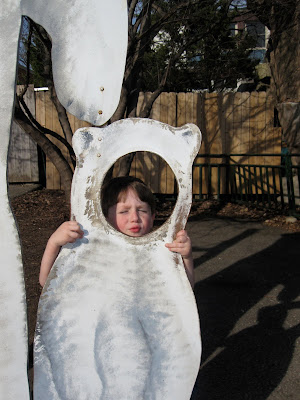 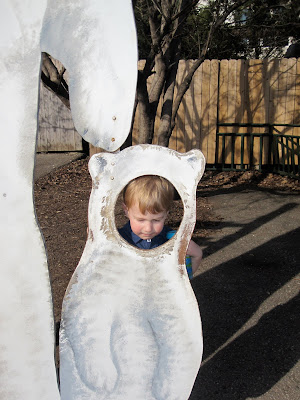 And I NEVER take pictures of the animals, (because those pictures are no fun to leaf through in an album) but the polar bear was so fluffy and snuggly yesterday, I couldn't resist. Don't you just want to curl up next to him or drink a bottle of Coke with him or something? 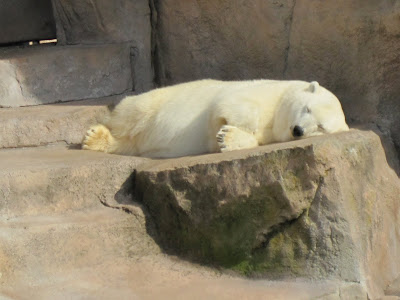 In other spring news, we made our first post-dinner Dairy Queen pilgrimage of 2010. Yay! 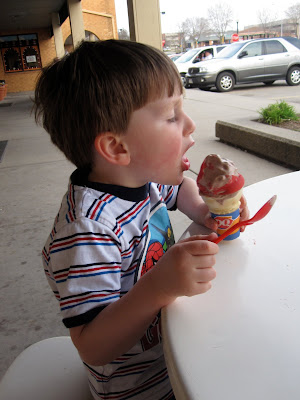 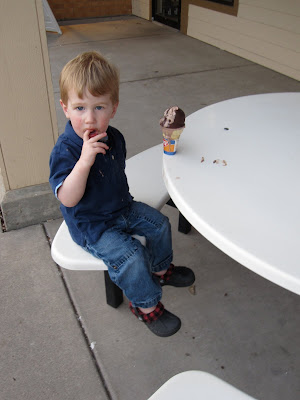 We both look completely vacant behind the eyes. 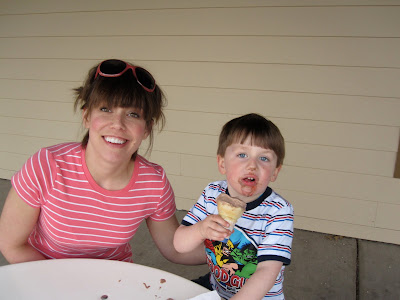 Jack was like a puppy making rounds of the table for bites (he would actually prefer a non-dipped cone, the little crazy) 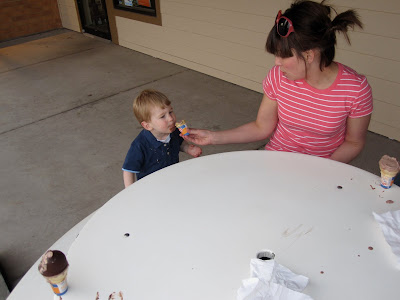 Dude! Is there anything more fun that cement planters? 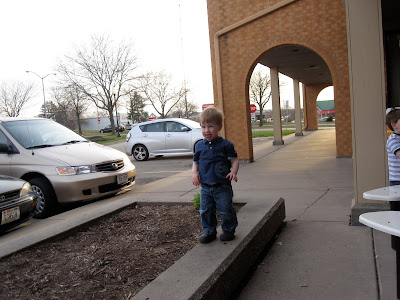 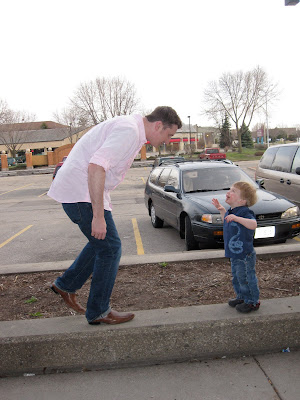 When we got home, Jack had to work off a bit of a sugar high... 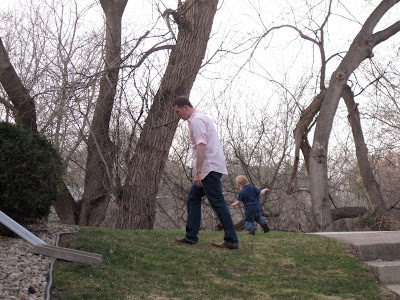 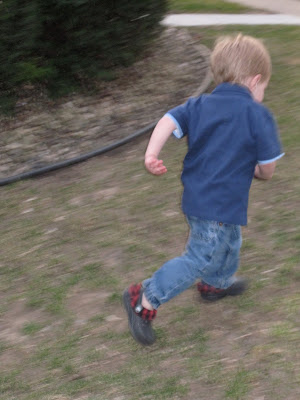 Harry is not pictured because he was throwing the mother of all tantrums about his water squirter-- he wanted the green one but could only find the orange one. Then when it was time to go in, his tears and flails began anew because he realized he wasted all his playing time crying about his water squirter. Then after bath, he couldn't find the cape that goes to his SuperMan pajamas, and you can fill in the rest of the story.

Happy April Fool's Day! Hope you trick the hell out of your babies. Silly babies-- so easy to trick.
Posted by Sarah at 6:48 AM

Looks awesome! We need some dipped cones now, I think.

Is your DQ kind of scary? They all seem to be down here.

And Becca, I've never been to a DQs that wasn't creepy. but I still love them!