DINNER ALMOST KILLED US last week and also, I found myself at the grocery store buying schedule specific snacks EVERY DAY OF THE DAMN WEEK.  Part of this was because I volunteered to bring food crafts to kindergarten and first grade (out of nowhere because I suck and clearly hate myself), and part of it was because Dorothy is having a home birthday party today, and I needed to buy snacks. And then there was our punishing after school schedule that led me to the store twice for car snacks. Oh!  And let's not forget that Harry's hockey team asked for goodie bag food donations.

I spent a million dollars on food last week, and I felt like the planning of it and the procuring of it was taking up all of the space inside my head.

So, yesterday before I went to Costco and the real store, I asked everyone what they'd like to have on had to throw together for casual dinners, the kind where we don't all have to eat the same thing.

Ben asked for chicken breasts and baked potatoes, and I wanted rotisserie chicken and spinach. CHECK AND CHECK.

So, that's basically what we have, with the addition of a couple of Costco take n bake pizzas.

Harry's team is going to the state hockey tournament this weekend, so we all got together to make signs and assemble goodie bags.  I went subtle, and Dorothy went pink 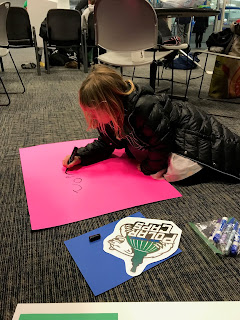 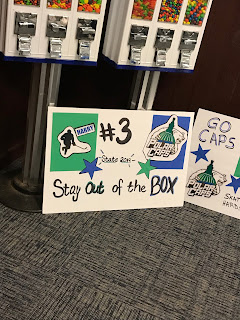 Dr. Seuss's birthday-- my favorite excuse to craft with food since Harry was a kindergartener: 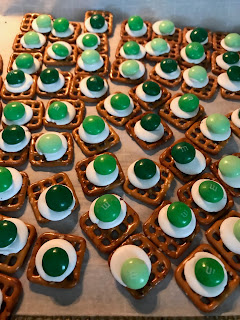 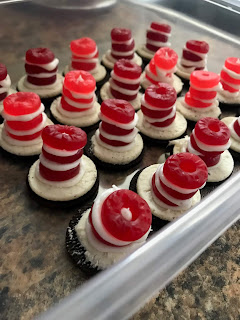