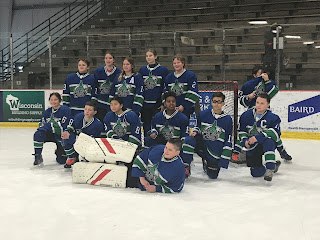 Hockey has been over for a couple of weeks (the most glorious weeks of the yeeeaaaaarrr), and it is a sign that we are totally over hockey that I haven't published this post, even though the pictures have been languishing here.

Harry's team finished 6th at state, losing their first round game in a heartbreaker when the other team scored the winning goal with 24 seconds on the clock, easily winning their second round game, and losing by a single goal in the consolation bracket championship to their own club team rivals.

It was a truly fun and awesome season, and it was a little bittersweet.  Next year, Harry is a bantam, which means the girls start playing in their own league and the boys' league gets a lot rougher.  They can check each other in bantams, which sounds stupid to me.  Harry is going to have to think long and hard about whether or not he wants to keep playing, especially since he will not likely make the A-level team and will be on a B or C team, which means the game could be even more dangerous because less skilled kids are rougher and lack finesse.  Also, some of those kids (like, ahem, Harry) are on B and C level teams in part because of their coach-ability and/or behavior issues, making them more prone to check just for the hell of it.  Basically, if Harry is not going to play in high school (and he may not-- it is really competitive), then I am feeling not so positive about him playing at the bantam level at all.  But, I can't be a dream-crusher, you know?

So, anyway.  The tournament was in Green Bay, and we took advantage: 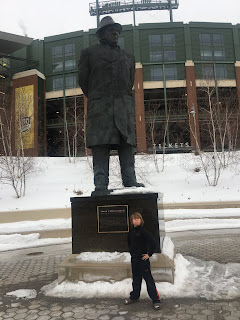 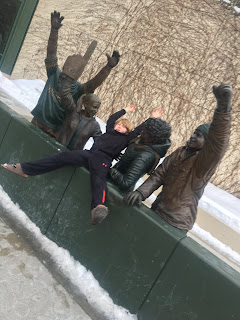 This was still on my car YESTERDAY because car wash lines are bananas.  But then Ben was like oh my god we could just wash this off with Windex **head desk** 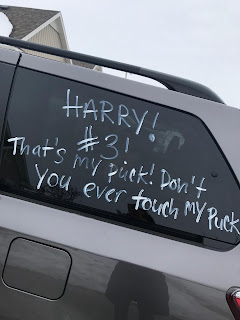 Harry took the advice on this sign and got ZERO penalties! 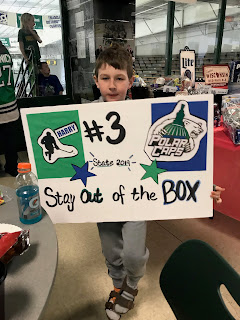 This sign is less clear in its overall message 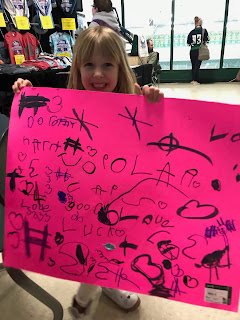 DIXIE CUPS!  Are the BEST for specatating siblings.  She played with these ALL WEEKEND, and I wish I had thought of this years ago. 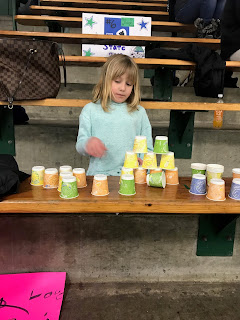 We also left Dorothy;'s coat at home and ran to Target to get a replacement.  Bad news: there was a mini-blizzard she she had a raincoat.  Good news:  It was a really cute raincoat. 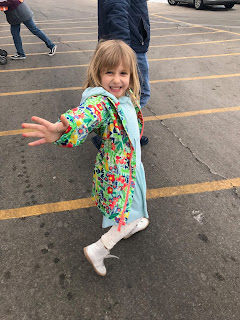 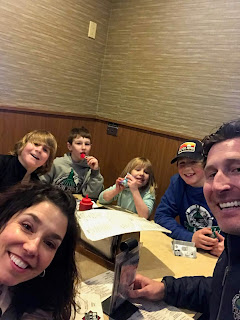 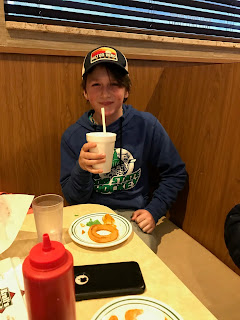 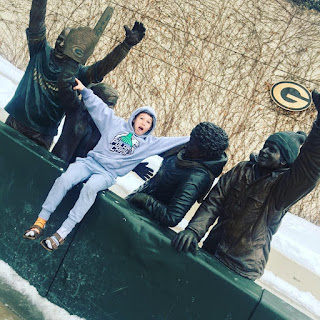 I hope this angry potato person was not me 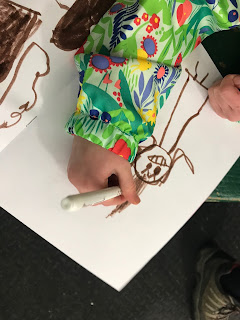 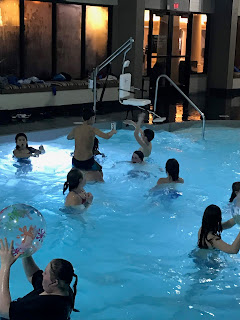 She LOVED IT.  And was super excited to debut a new vikini.  In related news, I am so sad Gymboree is going out of business. 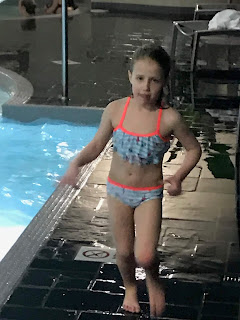 Cooper at breakfast the next morning:  (To be fair, we had 2 rooms on two different floors, and our things were pretty strewn about.  He clearly slept in one room and left his shoes in the other. 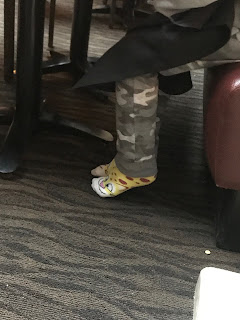 When Bradley won the MVC and secured an NCAA bid. 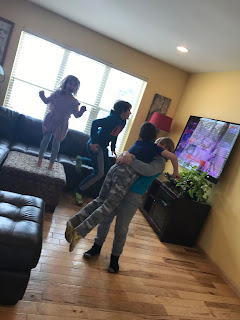 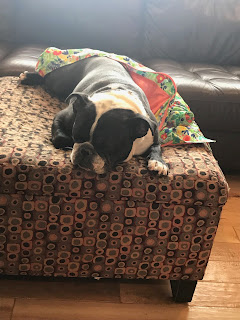 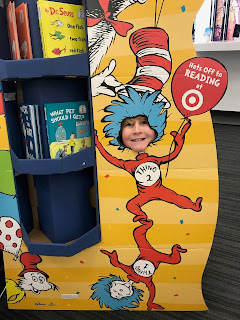 Happy NCAA tourney kickoff day!  Go KABOOM!  Also, at least Bradley has won something
Posted by Sarah at 8:17 AM