Last year was the first time that we eschewed the pre-made kits and made our own gingerbread houses from scratch, and it was SO FUN we decided to do it again this year.

The kids, though, don't really like gingerbread, so I made funfetti cookie houses, which were a YUGE hit. (I have no idea how they taste, but I am making a crap ton of funfetti cookies for Dorothy and Cooper's class parties today, so I hope they're great!)  (And, obviously, they were inspired by the funfetti house I made at GNO.

I used this dough recipe because it was no chill, and I like my dough like I like myself.  WITH NO CHILL.  I also doubled the recipe, which was just enough to make 3 houses using this template.

I made the houses on Saturday afternoon, glued them together with this royal icing on Saturday night, and we decorated them on Sunday afternoon when the kids got home from their hockey tourney (Harry's team got 2nd place!!)

We teamed up for a little friendly competition. Next year, I will mix up the teams a little (drawing names, maybe?) instead of letting Dorothy assign them.  I will also give every team the same amount of candy and fill the frosting bags higher to start with so I don't have to refill).

They worked so hard! 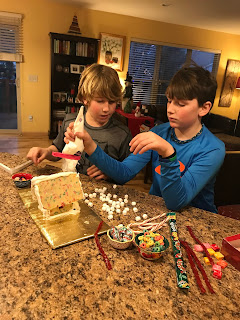 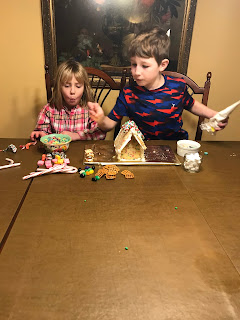 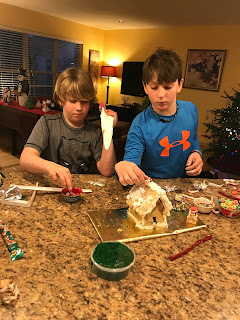 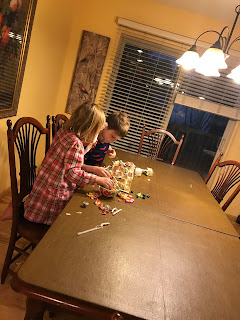 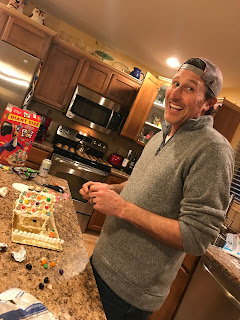 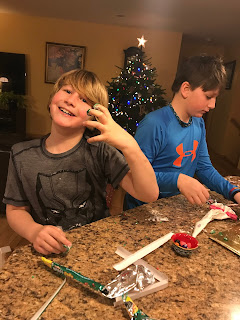 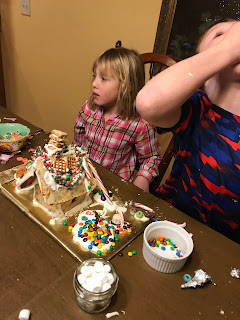 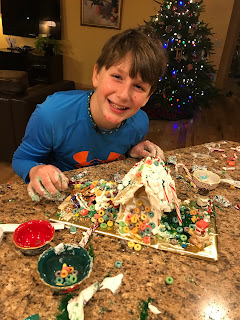 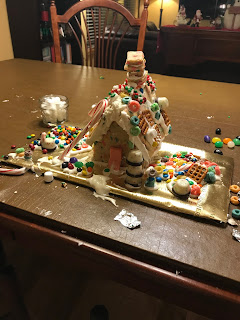 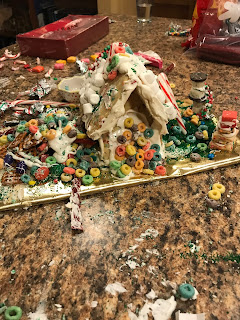 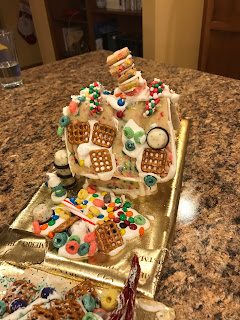 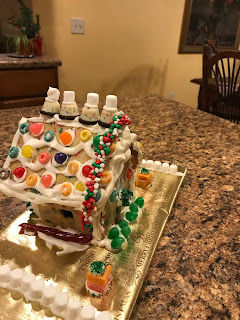 Dorothy and Cooper's was my very favorite because they were just so sweet and earnest.

The kids can't ait to smash and eat these when they get home on Friday to celebrate winter break!!