Seriously-- what a great Sunday.  The only thing that would have made it better was if we had been able to see my dad, who had to work all weekend.

Ben really wanted to sleep in, so I got up with the kids and on a mostly kind of quiet way got them all out of the house at 7 to go get donuts.

In our town, we have an amazing local donut bakery by campus, and my plan was to go there and then take the kids to the Union to eat a gluttonous amount of donuts by the lake.  But!  The little crazies wanted DUNKIN DONUTS, which is mind-bogglingly inferior to our local place, IMO, and my O is very experienced in donut eating because you don't get thigh arms without eating a lot of donuts.

So!  We went to both places, and even after a side-by-side comparison, they STILL like DD better.  So there you go.  Maybe my sweet tooth is off base.

It was fun to be out and about early, and the kids loved the Terrace, as they always do. 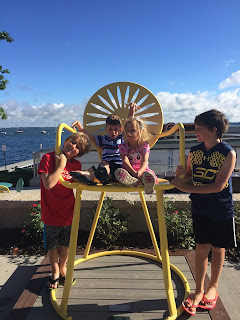 Lots of selfies in the big chair and general merriment. 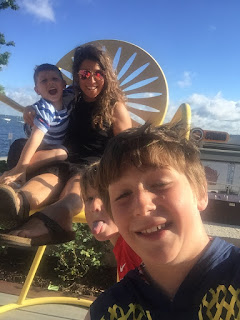 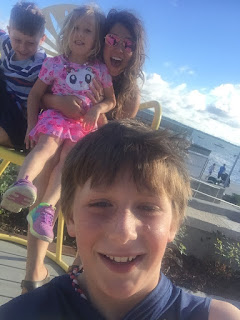 And did I mention we were the only people there.  Just us and some people cleaning up the trash from what looked like a busy night last night and a bunch of signs telling us not to carry-in food.  um, oops. 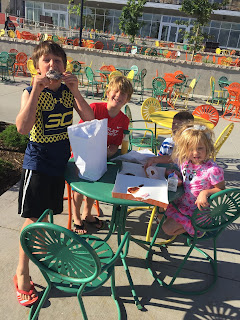 Cooper really wanted to feed the ducks his dnuts, but, alas, they were nowhere to be found. 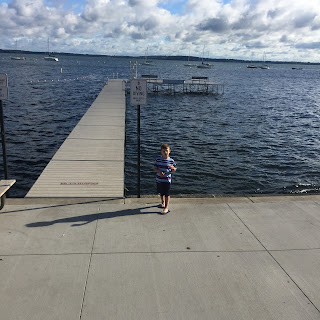 All of the kids were worried that they would fall in the lake.  Also, Ben!  Why didn't we get married at the Union?  It's gorgeous. 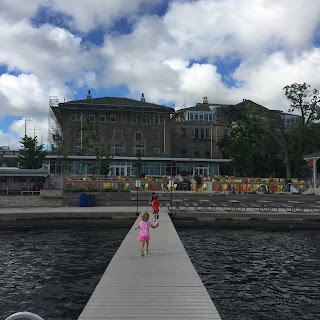 We ran to Target to pick up an online order (did you know you have to pick it up by a certain date or they send it back?  yeah, me either) and some coffee for Ben to go with the crullers we brought him and to generally kill time until it was 9, which seemed like a humane hour to get home.  The kids kept asking if they could walk home, so I stopped around the corner from our house and let them out, which they thought was HYSTERICAL. 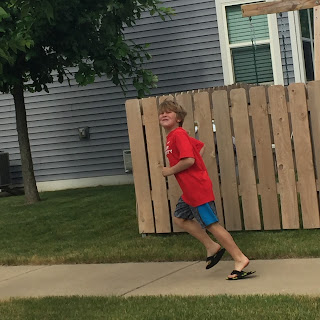 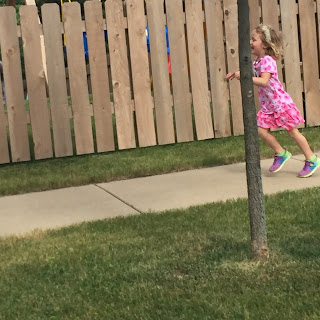 Ben was awake and showered and dressed, and so he opened his presents right away. 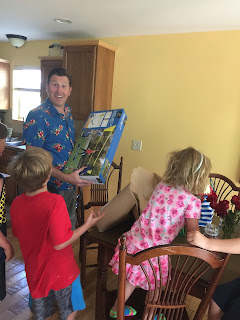 And then while the kids played, he carved up a watermelon basket for a barbecue. 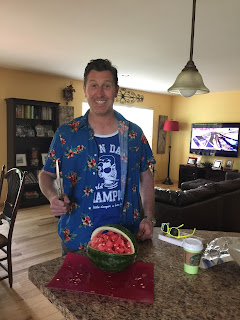 The we piled in the car to drive to Lake Geneva to see his parents, who were spending the night there. 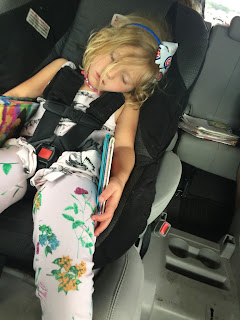 I gave Dorothy a piggy-back ride just to see how it feels to be a dad. 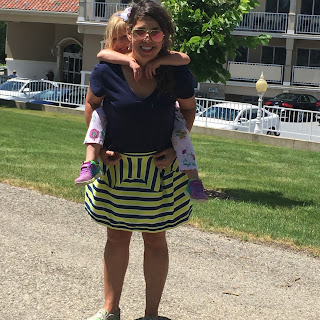 She asked fro her picture here and posed like this.  Um? 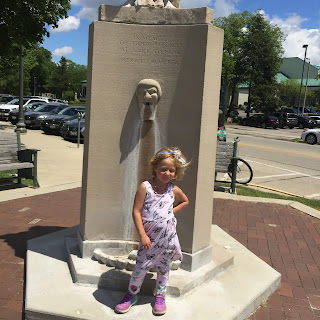 Texting each other a happy Father's Day, I assume. 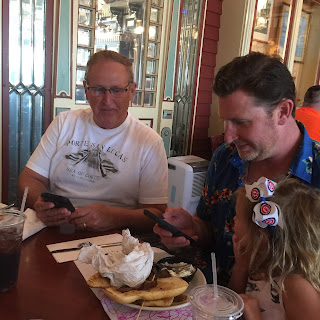 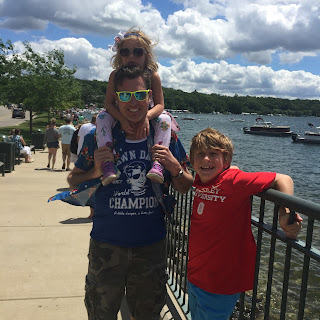 Another demand for a picture, and I turned around to see this: 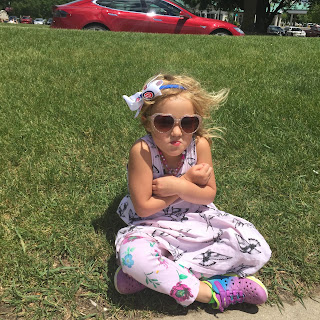 She added a few accessories at our friend's house. 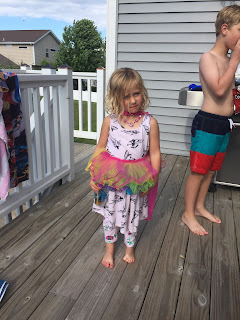 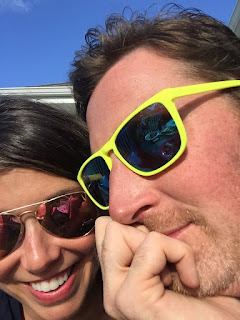 Ben got a double with a kid on his shoulder-- he was really proud of that hit.  I think the parents beat the kids?  But we all just kind of got bored after a good 12 innings. 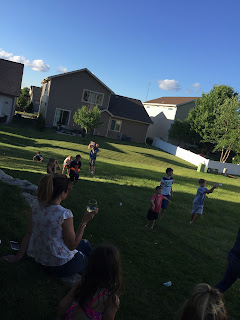