I have some really angry, feels-y things to say about Harry's school, but you know what?  I am going to wait until the end of the year and see if I am still angry then because I am a grown up and have learned so much from being kicked off the PTO for bad mouthing the place that made my son think he deserves to be bullied (I'm not perfect, ok?).

So, in the meantime, how about some pictures?  Crazy, I know.

Jack is doing a puppet act of some sort in the talent show today, and I CAN'T WAIT.  Don't worry.  There will be video. 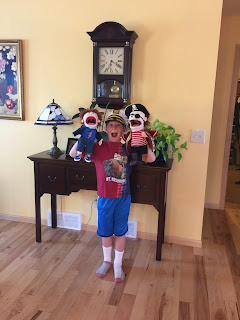 I kept getting emails that my holds were in, but I didn't really pay attention and then I went to pick them up because I was excited about finally getting the new-ish Roxanne Gay (which I missed by a day and had to re-hold, and I found THIS HUGE STACK.  I need to get reading. 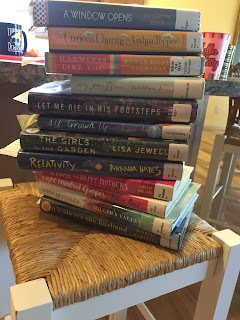 She wanted to stop for a selfie on the way to the boys' picnic.  Who was I to refuse? 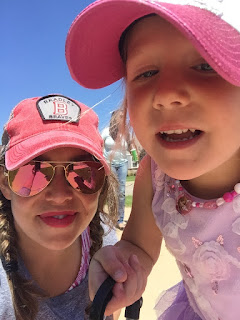 Harry's last picnic, but I still have SEVEN left. 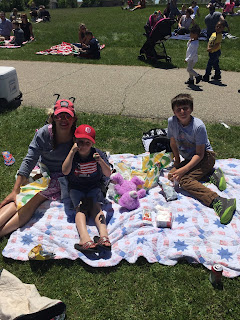 After the picnic the fifth grade this this awesome decades project, which was a walking timeline of the 1900s-- Harry had the 1910s.  It was seriously cute. 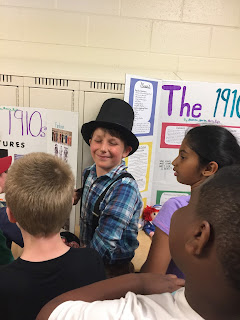 And!  Cooper can identify Taft as "the fattest president before Donald Trump." 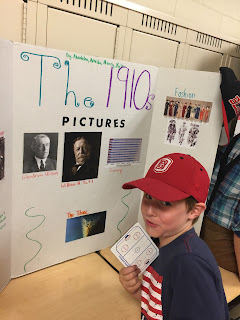 What in the hell is this Planters mobile all about? 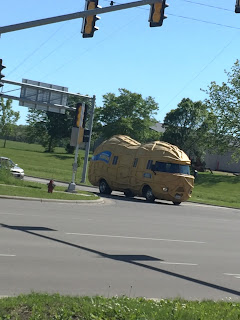 Pool night!  Dorothy SUCKS at the pool because she gets really cold and then just climbs on me for the rest of the night.  Ben came and picked her and Cooper up after baseball tryouts, and the big kids and I stayed til close, and I got to read my book and talk to my friends, and it was awesome. 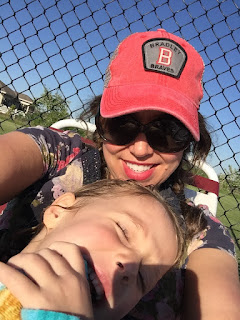 Also!  Ben and Harry and I got sucked into the spelling bee and stayed up to watch the whole thing and it was awesome. 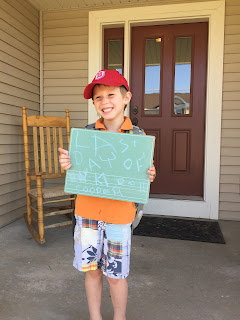 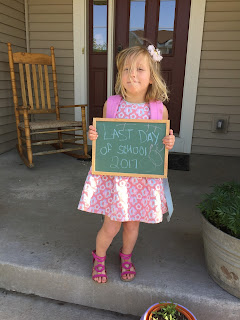 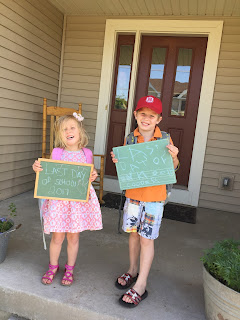 Almost summer and I can't wait to have NOWHERE TO GO for 3 solid months.
Posted by Sarah at 9:39 AM

The Last day of school picture of just Cooper is adorable! That smile is awesome

My daughter struggled with being cold in the pool until she was 7. She wore neoprene shirts (basically a thick insulated long-sleeve rash guard) until last year, and they helped a lot. A swim cap also helps kids stay warm. They make very cute caps for little girls (like with animal ears). If she doesn't like how a latex or silicone cap feels going on her head, you can try a cloth one (nylon) underneath. (My daughter swims competitively and we still do the nylon cap underneath because she has sensory issues.) If you're interested in any of these things and there isn't a swim store near you, check out amazon and swimoutlet.com

"The fattest president before Donald Trump" is going to make me giggle ALL DAY!