Harry is ELEVEN! (And so is this blog)

I just realized as I was grabbing pictures for the past 10 of Harry's birthdays (WHAT?  HOW?) that he is not even awake yet, so I don;t have a picture of today to add to the list because TODAY HASN'T HAPPENED YET.

(This is my favorite time of the day, precisely because of that last sentence.  The potential!  I haven't totally screwed today up!  YET!)

Anyway, you guys.  Harrison is ELEVEN YEARS OLD today.  And really?  It's the birthdays from about 2012 on that really get me.  Because for some reason, 2012 feels very recent to me.  Like JUST THE OTHER DAY recent.

Harry at 11 is wonderful-- so funny and smart and grown up, able to hold his own in any conversation.  But he still has baby teeth and wears Spider Man PJs and plays with toys.  At the same time, he can stay home alone and keep and eye on his younger brother.  But he also likes to snuggle on the couch and watch a movie.  He's basically the best is what I'm saying.  I am trying to hang out with him whenever he wants even if I have a ton of stuff to do because someday soon (and it is going to feel SO SOON if I think 2012 was literally yesterday--which is so weird, by the way, because Dorothy wasn't even a PERSON in 2012, so how could it feel so current to me?  Because I am old) he is so not going to want to do that.

Thanks for reminding me how old he is, library.  I GET IT. 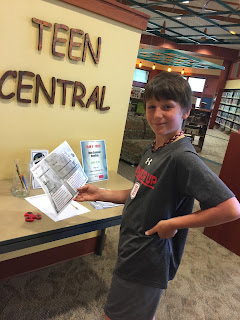 Harry's first picture with Ben, who wore that hat for the birth of every child and calls it his lucky baby hat: 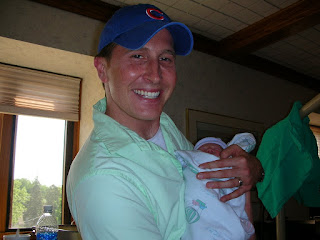 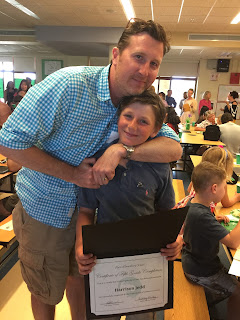 How is this all happening so fast?

This is not my first picture with Harry, but it's the first one I could find where my nipples aren't showing.  We were either on the way to or just go home from his 3-day-old check up, the day after coming home from the hospital. 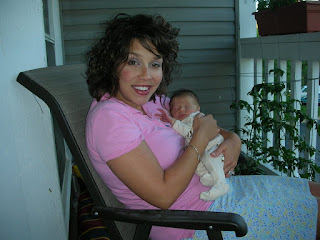 And here we are just LAST WEEK 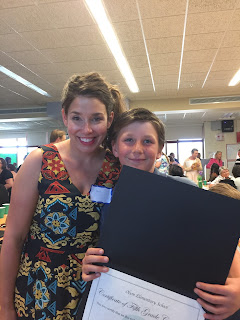 I love how you can see his real face emerging from his tiny baby face. 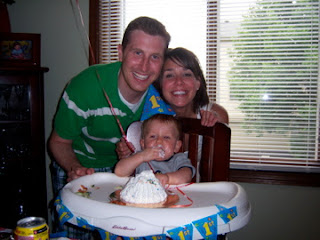 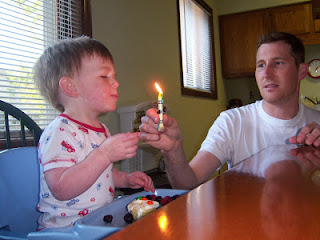 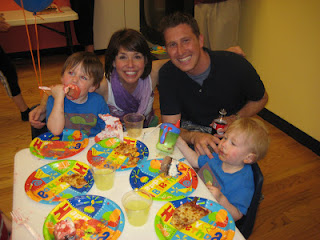 When we thought 4 was all grown up: 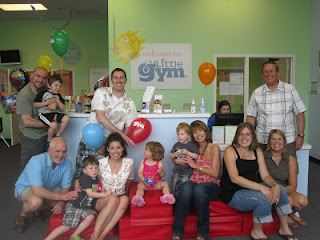 Also that was the year I ordered a super hero cake on the phone from a bakery and was so surprised when I picked it up and found that it was a dead super hero and that it cost more than our wedding cake (that fed 150 and was so lovely the florist used pictures of it with some centerpieces for a flower competition): 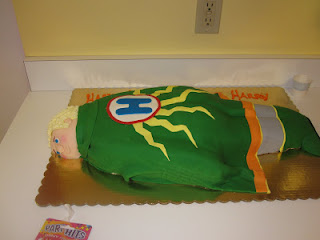 Weirdly, that bakery has closed.

5! He STILL only had one sibling, and we were noobs who actually granted their child's Chuck E Cheese party request: 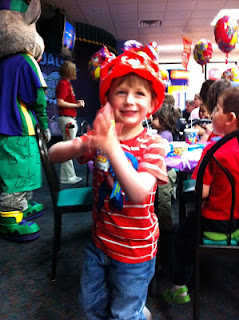 This is what I am talking about.  Harry turned 6 in 2012, you know, the year that I sometimes still write on my checks.  J/K.  I don't write checks.  Nobody writes checks.  Except the lady in line in front of me at Woodman's every damn time. 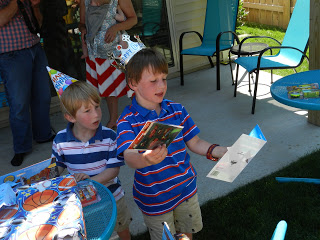 He was already starting to get too cool in 2013 when he turned 7 and we finally had 4 kids. 8 really does feel like something that just happened, even though Jack is older than 8 now.  You know, I thought of my brother Jon as 8 for a long time after that was thing, too. 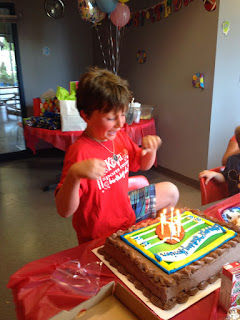 Here he is turning 9: 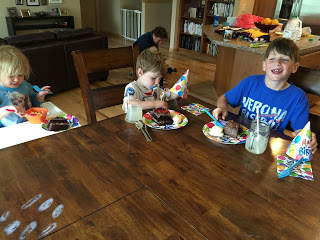 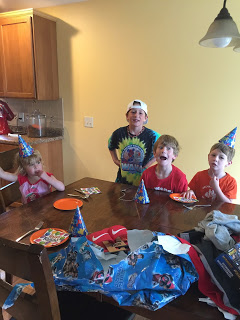 I feel like for the sake of paralleism, I should have found either all at-home breakfast cake pics or all bday party pics, but what are you going to do?  I used most of my quiet morning work time on this post, and I actually have a ton of other stuff I should have done instead, so.  THANK GOD my summer class doesn't start until next week because this has been all kid time all of the time and Ben is covered up in work.  We need a few days to settle into the rhythm of new crazy schedules.

He's not up yet, but when he is, he'll find tooth fairy money under his pillow (his penultimate baby tooth!  time to get those braces!  can't wait to spend all of my extra cash on teeth that will probably get bashed out in a hockey game someday!) and the world's ugliest breakfast cake waiting for him: 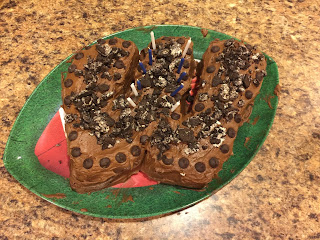 I mean, it's no dead super hero, but the crushed Oreo and chocolate chip decorations (that he requested) look kind of gross.  But!  I baked this cake from scratch and it's really moist because we had to leave for dive lessons before it was all the way 100% done because I am bad at math so it came out of the oven early.  And the frosting is amazing (espresso buttercream) as I know because I ate about seventeen spatulas worth last night.  He also picked out 3 different kinds of ice cream to go with it.

Also on the agenda, a rowdy swimming party with his 11 favorite friends (and, reluctantly, his siblings), presents, treats, general well wishes, likely a movie tonight because he ware pushovers.

OMG, that one of you with him as a newborn on the porch followed by you two at graduation! I snort laughed out loud and then immediately teared up. How on earth do they morph into these GIANTS? Charley is doing the same thing and I noticed a hint of broadness to skinny-Wes's cute little shoulders yesterday and I JUST CAN'T.

Happy Birthday Harry! I am so with you. I had a moment a few weeks ago where I thought, "I see more of Eli walking away than anything else" and I just about lost it. Eleven! He has thoughts and opinions and a world that I'm not a central part of. So. Weird.

I love the picture of you and Baby Harry, and also relate to the lack of nipple-less pictures. I tried for all three babies and still have NOTHING.

I wish you had posted pictures of Ben, Harry, and you from every Birthday as I love the ones from his early birthdays. I find it amazing that you look great in every hairstyle. Ben looks like he was Misty eyed in the graduation picture. Did Dad cry?