I LOVE that Harry got a bunch of birthday money, but it's kind of difficult to take him to spend it. 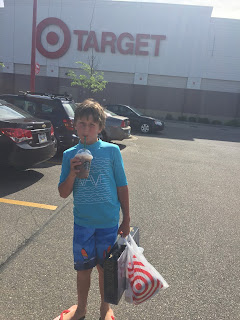 If I take the other kids with me, I end up with a pack of screaming kids OR I have to buy stuff for them.  Harry shared some of his Target cash with his sibs, which was totally, nice, but now they expect something every time.  Bah.

I LOVE the jaunty way Jack has flung his towel around his neck in this pic.  So cute. 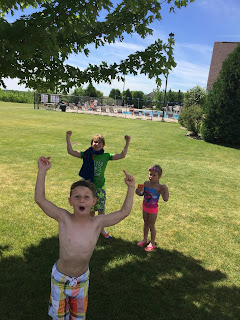 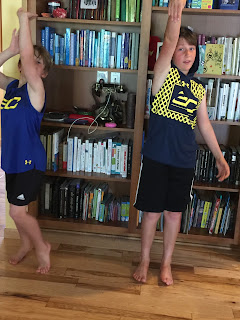 Ben caught a wasp with a glass so neatly. 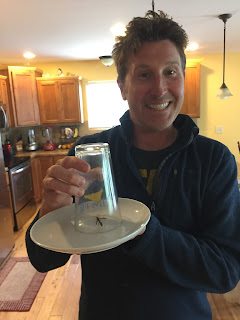 I don't know why I am making this face, but I like it. 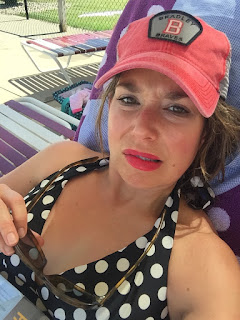 Jack is the CUTEST. (It's in a bag because it's a library book, and he doesn't want to get it wet). 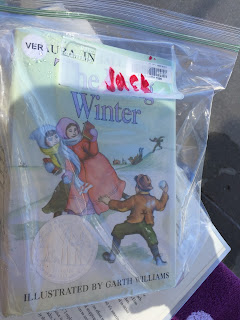