It blows my mind that Jack is nine, which I know is the ultimate parenting cliche thing to say, but it wouldn't be a cliche if it wasn't a popular sentiment, right?

But seriously, you guys.  This day feels really current to me, like Third Eye Blind, the release of the third Harry Potter book, and the movie Catch Me If You Can (speaking of me being SO FREAKING OLD, watching Veep last night was like reuniting with old friends, and that's exactly how my grandpa used to feel about MASH).

Before we could get into the birthday stuff, Jack got excited about Easter.  Boys are so weird, by the way.  Never in my entire life would I have been excited to get a bag of balls. 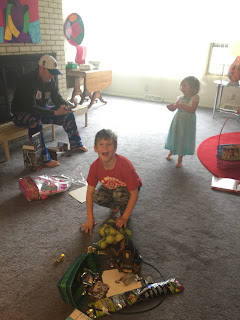 Cooper immediately gathered all of the ring pops and relived his pacifier days. 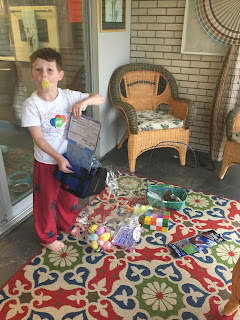 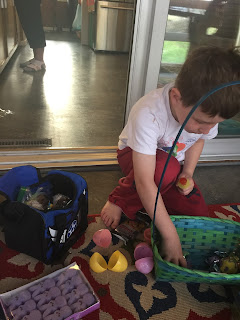 People were posting all these glam pics of their Easter morning on FB, but this was me in yesterdays hair and jammies (until about 10:30, actually). 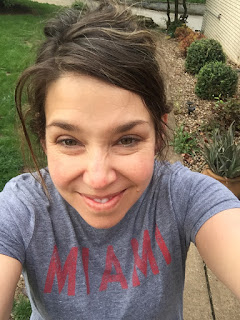 Muddy egg hunt in jammies.  (The EB had to set an alarm to hide eggs outside because it rained all damn night.  The EB LOVES THAT). 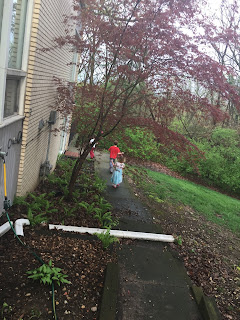 She found zero eggs, but Harry gave her a few. 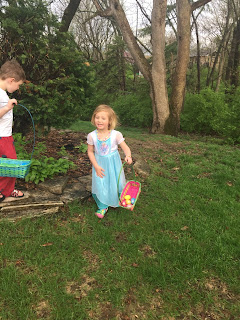 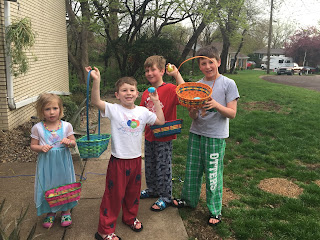 The EB knew she would love this fiary garden that doesn;t actually have real plants, so it can't be killed. 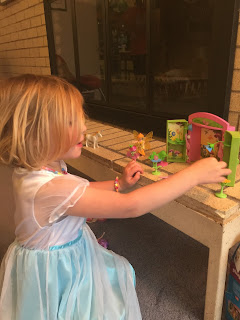 FINALLY Jack got to attack the huge pile of presents. 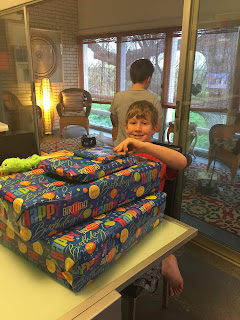 He got the gold Cubs jersey that the team wore at their first home game, and Harry almost expired of jealously on the spot. 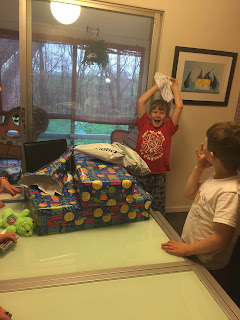 He got a few other things, too, but the art set was the thing he really wanted, and he was as thrilled as we thought he'd be.  He's the sweetest kid.  He got a cookbook in his Easter basket, and he is counting the days until Wednesday when he can make dinner. 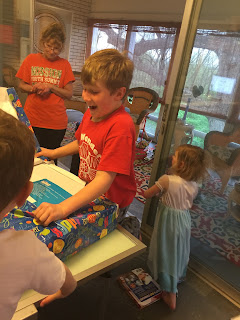 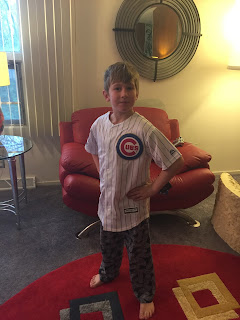 My parents tapped into his love of all things Bob's Burgers-- big hit. 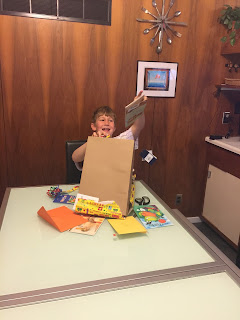 Blowing out his candles.  He is always relieved they aren't trick candles after this incident. #POTY 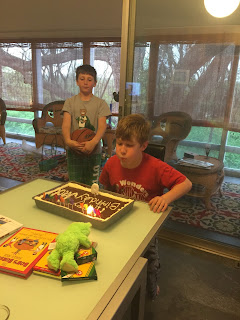 We played Mad Libs for quite some time-- my kids LOOOOOOVE Mad Libs maybe more than I did, even, and I really liked them. 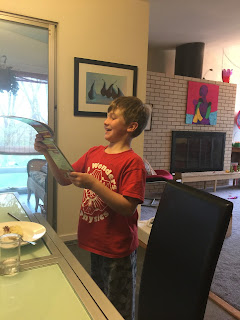 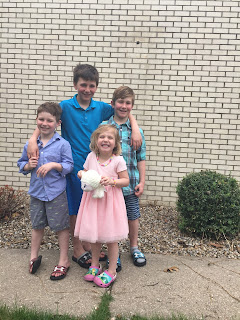 It is impossible to be crabby when you are anticipating a huge meal and drinking proseco in the morning. 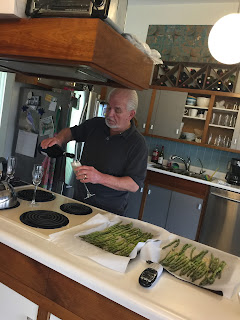 Huntley was just so damn cute curled up on his chair. 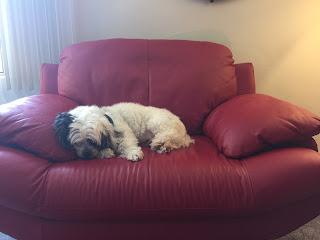 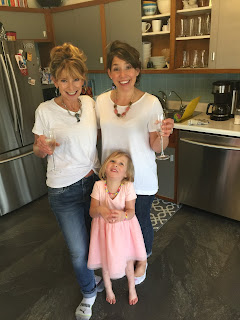 Cooper lived on Orange Crush, which he found in the basement fridge approximately 3 seconds after we got to my parents' house. 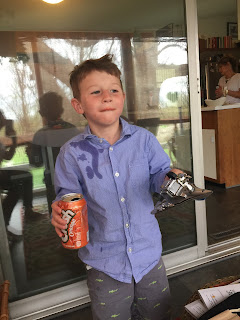 OMG the ham GOOD.  My mom used this recipe.  As expected, Pioneer Woman knows her way around an Easter ham. 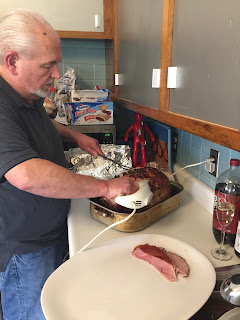 Counting down the seconds until lunch was over and she could eat her chocolate bunny. 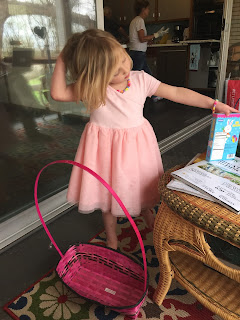 The post-lunch nap we all wanted to take. 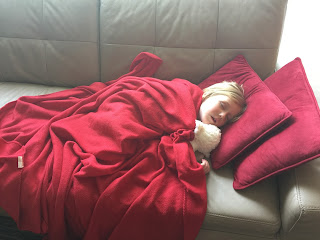 The bunny came to our house, too! 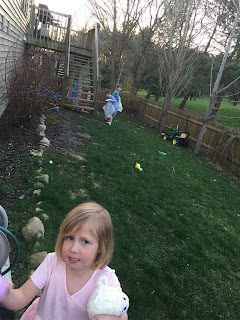 And the egg hunt was even more exciting because of all the dog poop! 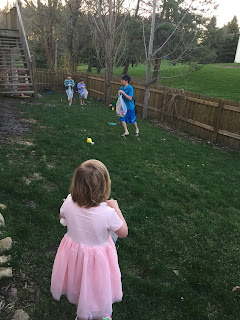