Okay, universe.  I need some positive vibes that Jack's birthday party won't be a disaster and some even more positive vibes that Sunday soccer won't be a disaster because BEN IS COACHING LITTLE LEAGUE AND LEAVING ME TO COACH THE SOCCER TEAM.  Can I get a what the eff?  I think everyone knows what kind of an athlete I am.  WHICH IS NOT AN ATHLETE AT ALL.

Jack is having a movie party in our basement tonight that Cooper really wants to go to, but Cooper is not invited because he can not act like a rational human being around the older boys and their friends.  So.  That's going to be SO FUN.

Last night he cried for over an hour when we asked him what he wanted to do during Jack's party.  We gave him 4 choices:  watch a movie upstairs with us-- any movie he wanted, go play mini golf with ben and Dorothy, go see Lego Batman at the dollar theater, go see Beauty and the Beass at the regular theater.  THOSE ALL SOUND REALLY FUN TO ME.  But they all made him sob.

He thinks he might deign to watch The Secret Life of Pets with me and Ben and Dorothy, but his heart is not in it.  He wants to be downstairs with the big boys where he will terrorize them and scream and make Jack hulk out.  It's hard to be the littlest brother, apparently. 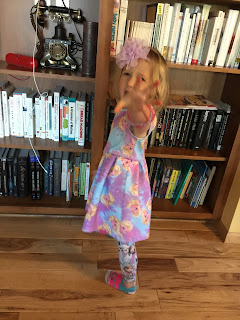 Really disturbing hot dog (that was 70-calories of pure enjoyment): 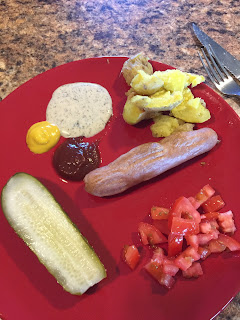