Jack dressed up at a 100-year-old man for school last week, but Dorothy comes by her geriatric style naturally: 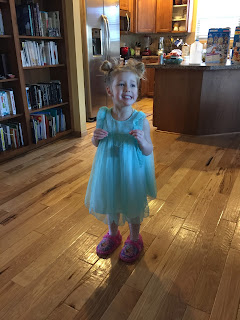 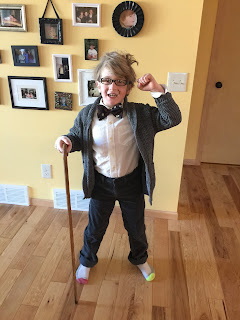 The Jack had ANOTHER dress up day-- pajama day.  AND his class earned a show-and-tell day, so he put Pooh Bear in jammies and brought him, his fold out chair bed, and his entire wardrobe to school. 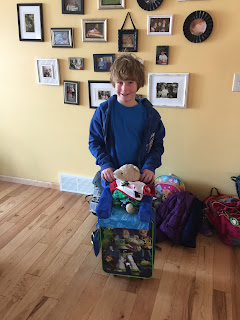 Harry went on and on about how he was so glad he was wearing PJs to school so he could finally be comfy when all he wears to school are grubby sweats EVERYDAY.  Like, there was literally no difference between his normal outfits and this get-up except that he usually only sleeps in those pants but he has been known to wear them outside to play so who even knows?! 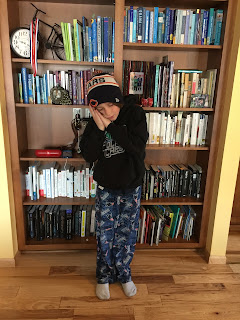 This was the grocery order I had delivered on Friday.  What do you want to bet we are completely out of food by Wednesday afternoon? 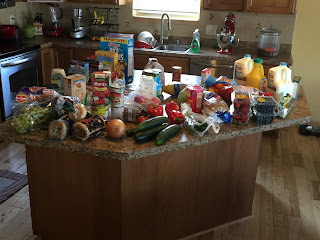 And also I bought tons of garbage for the kids' classes for V-Day.  Lots of groceries is what I'm saying. 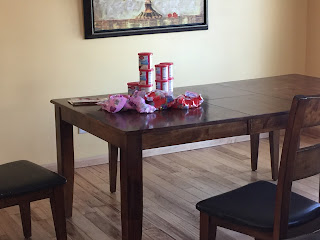 It's wrong to be jealous of your dog, right? 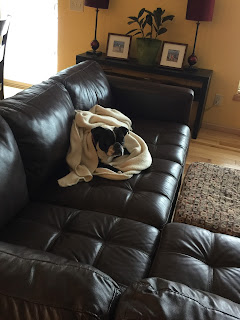 Sometimes they're just so sweet. 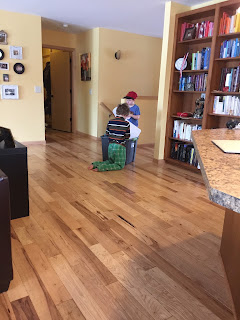 We had a hockey game in some far flung WI town, and we made bad nutritional choices (well, not me, because I am still firmly on the Whole30, but the kids definitely had Happy Meals). 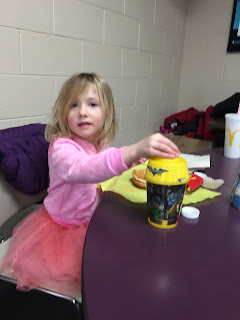 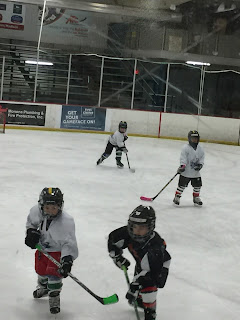 And here he's the guy with his shirt tucked into his breezers.  4 and 5 y/o hockey is really really cute. 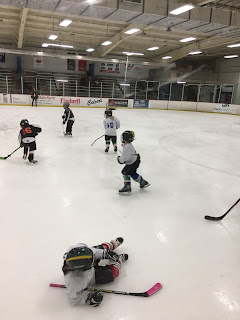 Beatrix likes purloined English muffin pizzas so much she has to take them outside to eat them. 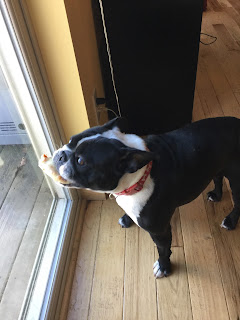 Cooper and Jack are both having special weeks at school, so they worked hard on their posters while Beatrix looked on: 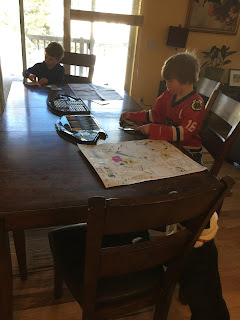 Could he possibly smile any bigger?! 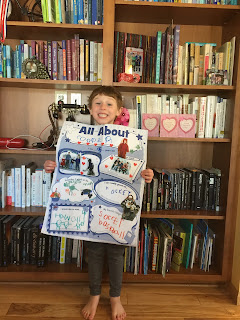 He needed a mani/pedi to get ready for the big week. 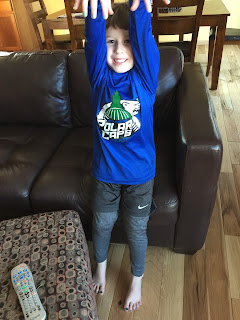 So proud of his poster! 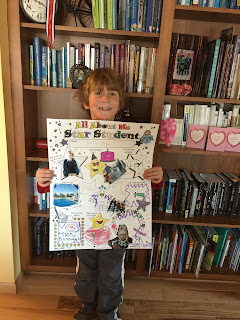 Dorothy's fire truck bed Charlotte celebrated another birthday over the weekend, and all of the furniture in Dorothy's room got dressed up to attend the party.  She slays me. 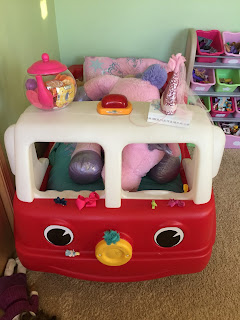 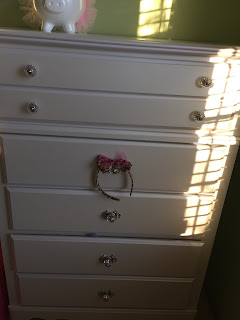 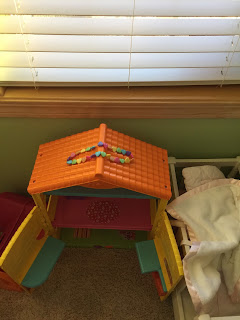 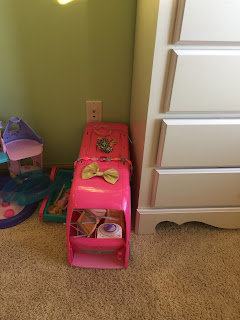 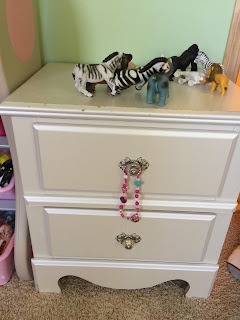 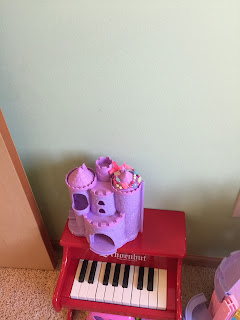 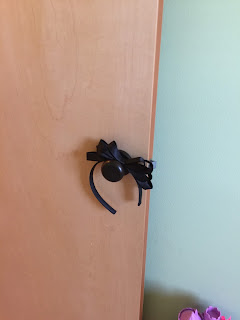 Don't forget to enter yesterday's giveaway.  It will run through Sunday!
Posted by Sarah at 2:20 PM

The furniture birthday party may be the cutest thing a kid has ever done! I love the headbands hanging off knobs!

The furniture birthday party is the best thing ever. I lol'd and then said "awww" out loud and I don't even do that when thinking about adorable things my own kids have done. I feel like Dorothy and Cora could be best friends. Or at least dueling style mavens.