We attended the most adorable groundhog prognostication ceremony today, and I cried a little almost when the local pol who had been making crowd size jokes said that Groundhog Day is a testament to how hearty and optimistic the people of Wisconsin are.

Also, this particular groundhog needs to be caged because a couple of years ago he went viral after biting the mayor's ear when the mayor leaned close to hear his prediction.

The ceremony managed to both take itself really seriously (a color guard!  the national anthem! politicians giving speeches!) and know it was totally ridiculous, which was the perfect vibe, and a really hard one to get just right.  (Think President Obama pardoning his last turkey.)  Plus, also, Hmong and Spanish translation.  Love it.

It was actually brutally cold, and even though all the kids were all wearing full snow gear Dorothy sobbed that her hands were freezing and then because her tears froze to her face, and Cooper decided he would rather pull his hat over his face than see what was going on.  I brought them all yogurt tubes and pop tarts, but I forgot to pack anything for me, and when the Badger football/basketball announcer (who announced a state rep as a  "Six foot, three inch senior from Sun Prairie, Wisconsin") urged everyone to head to the diner for a slice of "Jimmy the Groundhog...cake," I was super disappointed to hear the cake part because rodents are totes Whole30 compliant.

Dorothy did not care about winter.  She just wanted to be warm again. 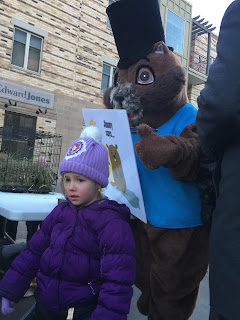 Harry is happy because we haven't had a chance to skate on  apond yet, and now we have until mid-March! 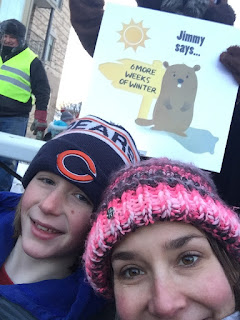 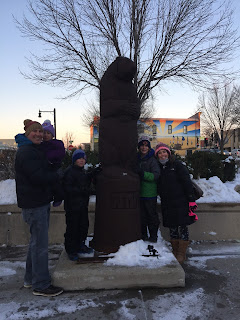 We got there IN THE DARK-- they kids were jazzed because they hadn't gotten frostbite yet. 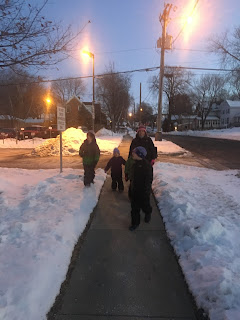 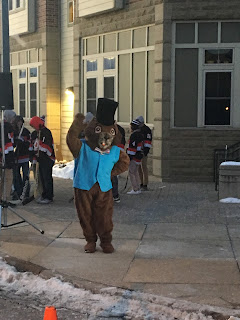 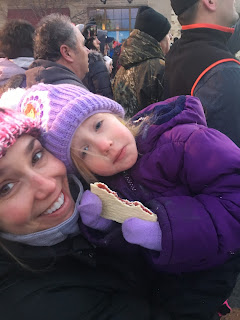 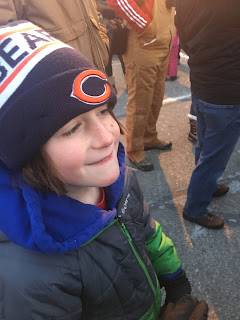 At least his face is warm. 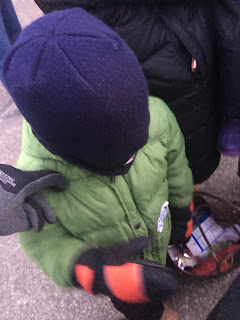 This guy said there must have been a million, million and a half people assembled in the town square.  Ben and I put down the kids we were holding to cheer for him.  Then we picked those kids back up so they would stop screaming at us. 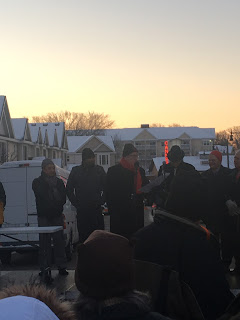 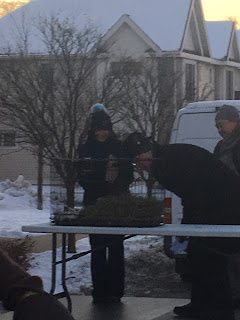 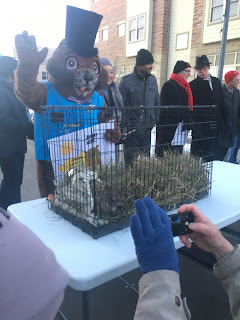 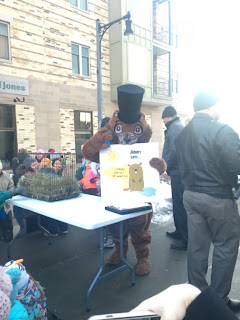