I think I was a little too excited about the kids going back to school.  Because they did go back today but then there were still2 kids at home.  With me.  All day long.  Ben had to work normal business hours today, which, WTF, man?

Harry, Cooper, and Dorothy were up and at em by 6:00.  They enjoyed breakfast together. 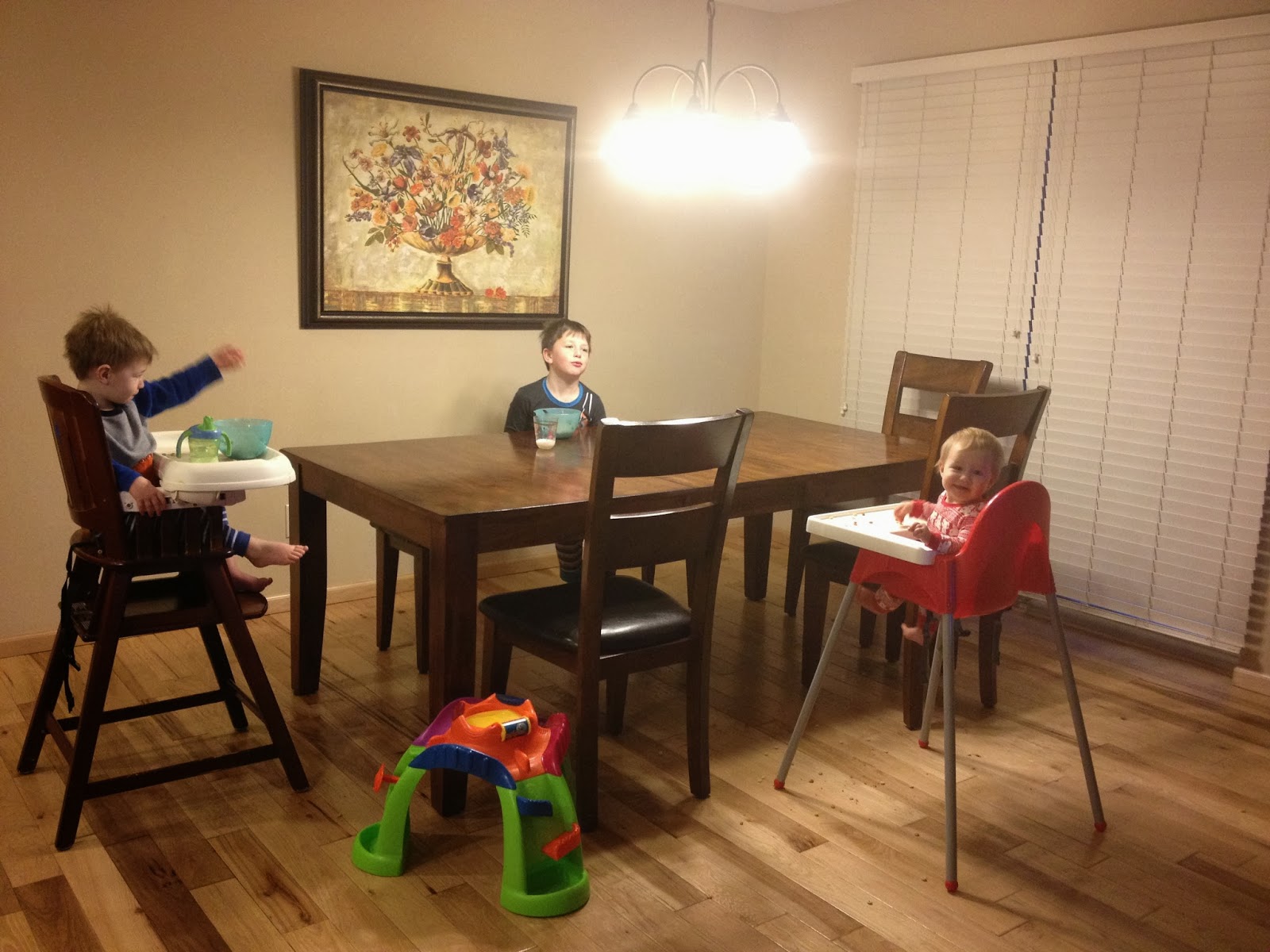 Harry and Cooper and I filled out today's entry in this awesome book I got in a family gift exchange-- it is so much fun! 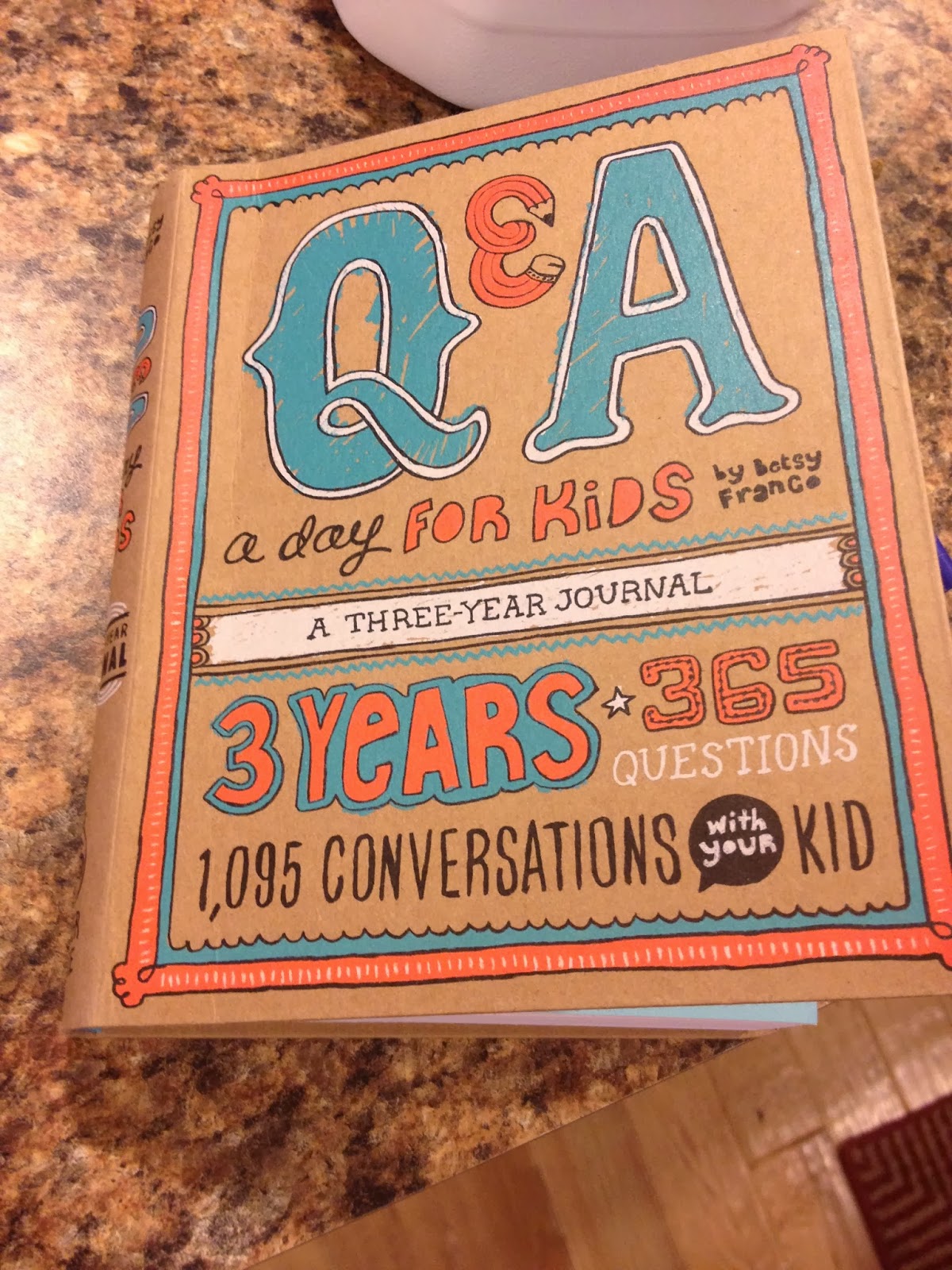 I had to go wake Jack up around 7:15.  He read me a BOB book while he ate his oatmeal and strange, dense pumpkin bread (which is Dorothy's number one favorite food in the world, by they way). 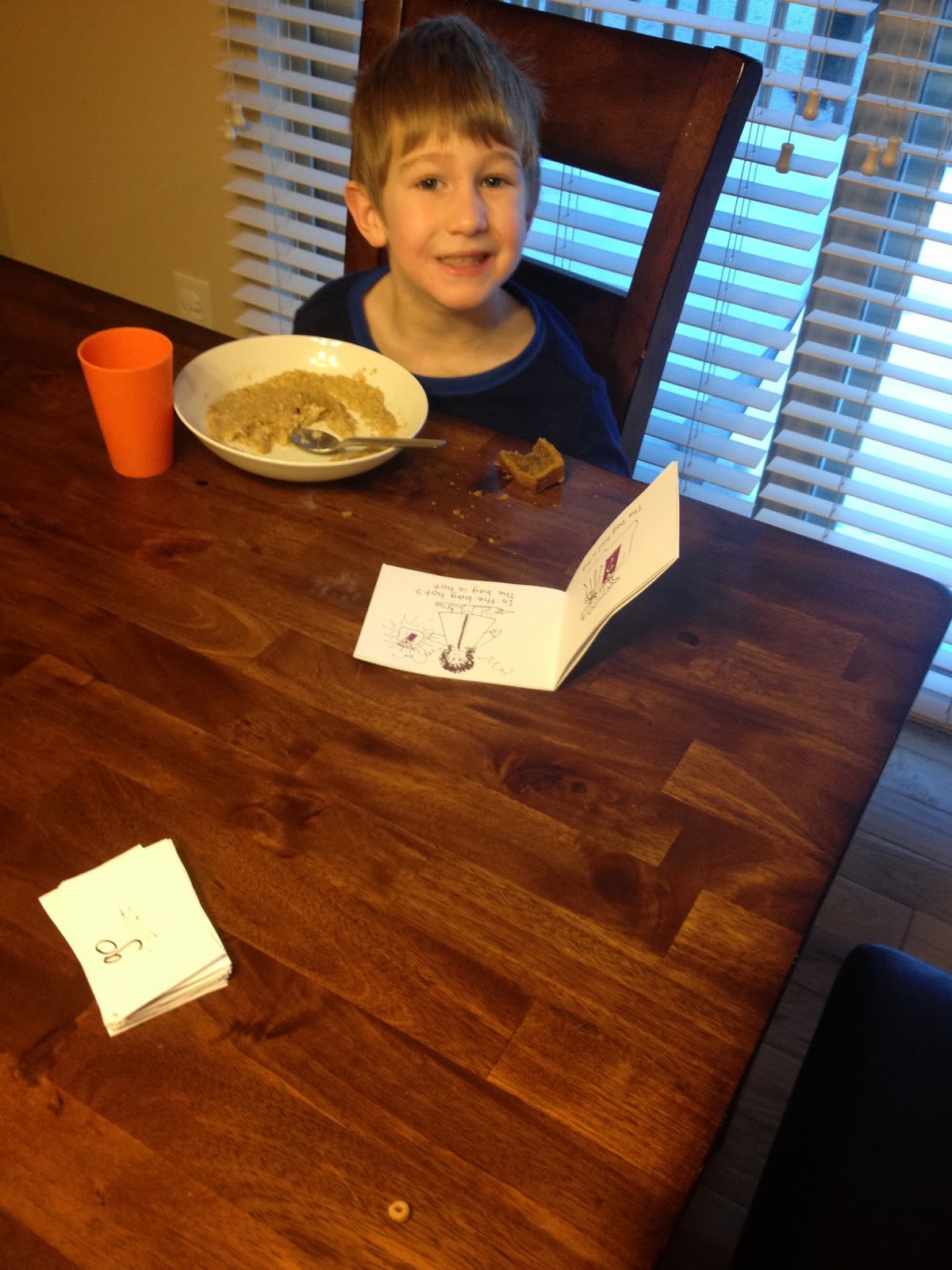 The big boys went to school, and I had 26 minutes to shower and get dressed for Kindermusik.  Dorothy and Cooper enjoyed a blowout.  (And I realized it takes literally 6 minutes to blow dry my hair-- I have NO EXCUSE for going anywhere damp again). 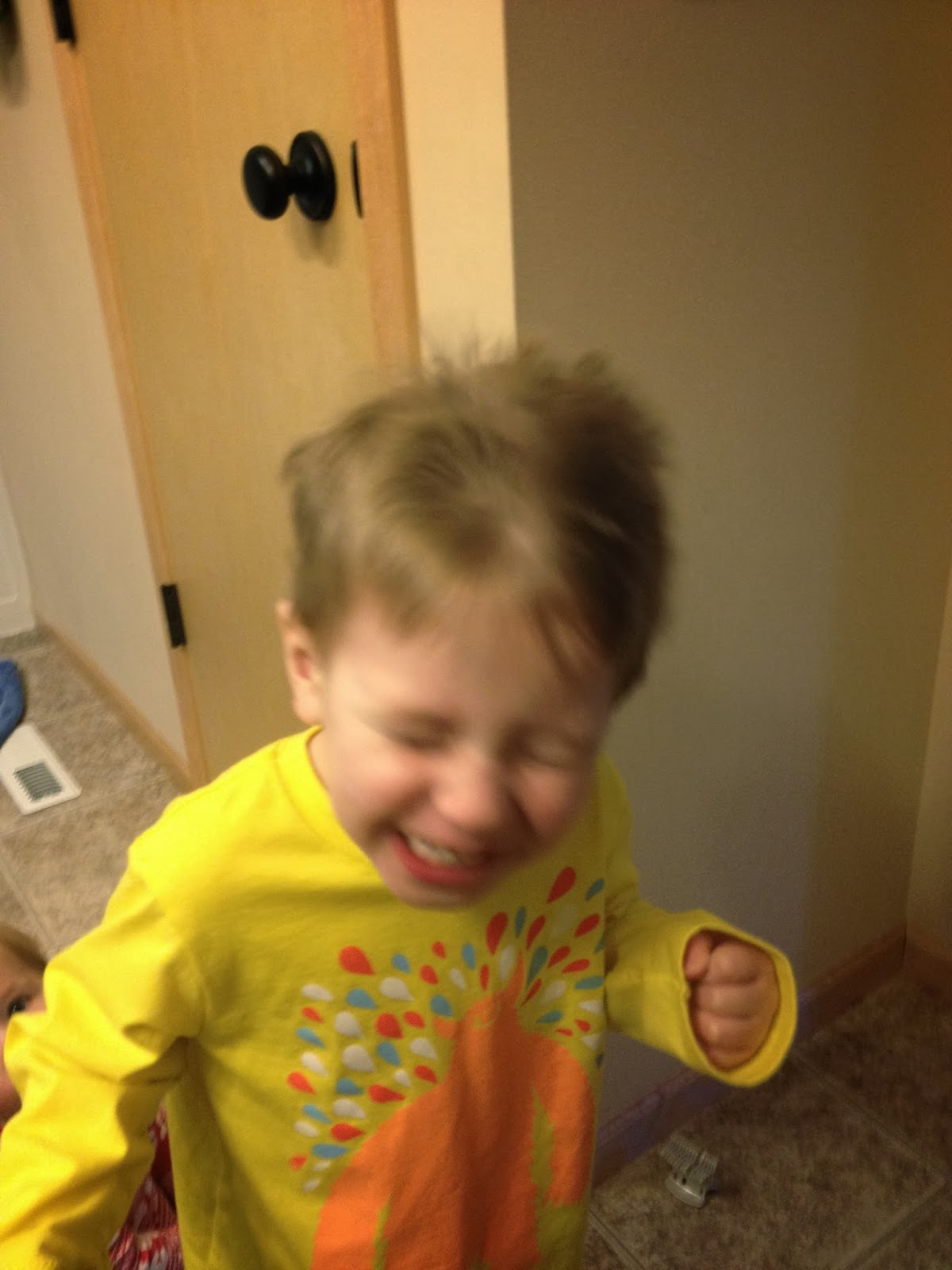 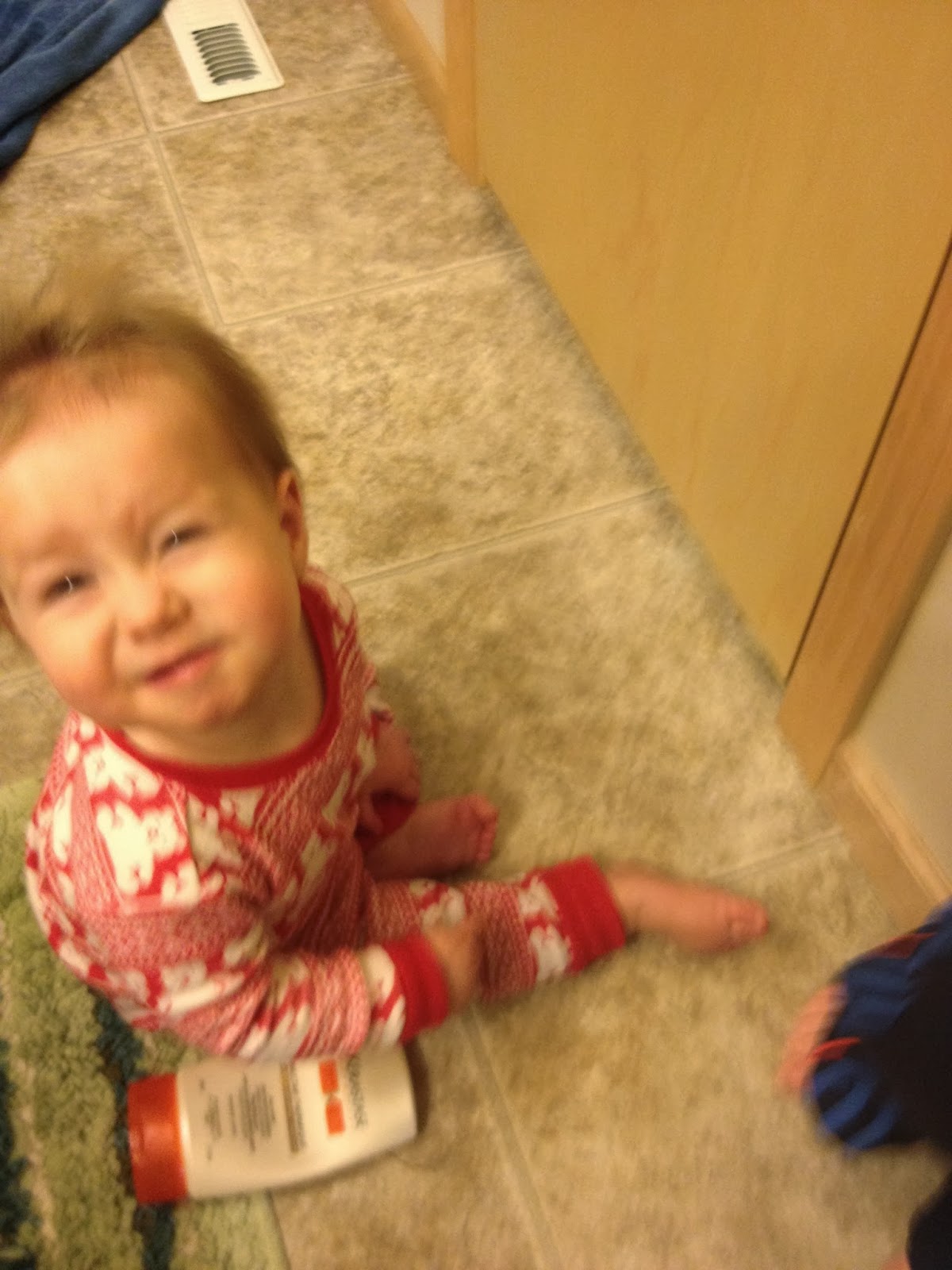 The babies trashed the bathroom while I primped, and we left it pretty much looking exactly like that and got to class only 7 minutes late.  I call that a win. 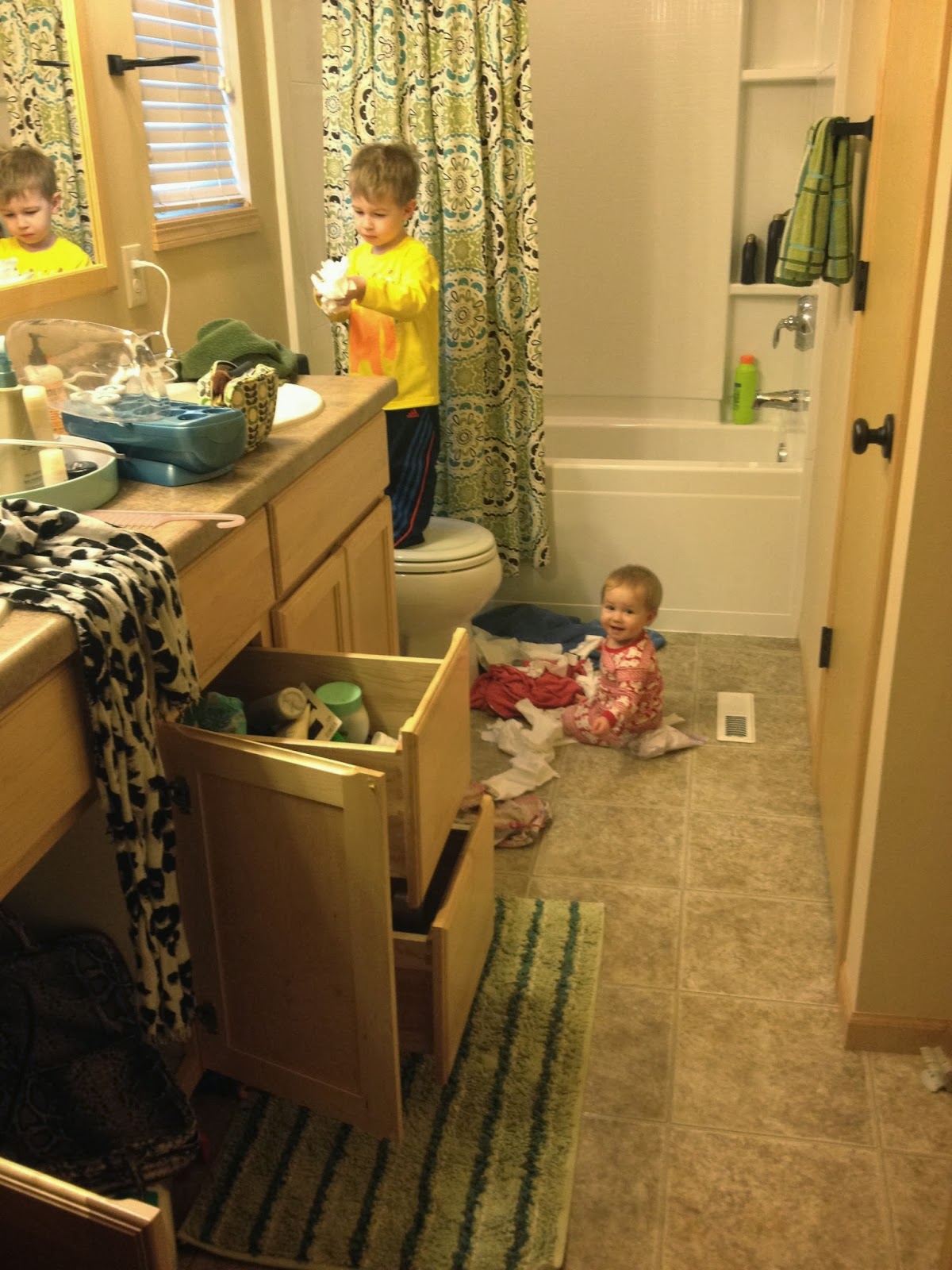 We only had 45 minutes between Kindermusik and Dorothy's Little Gym class, and she slept the whole time in her car seat which she NEVER does, but music class was during her morning nap, which screwed everything up. 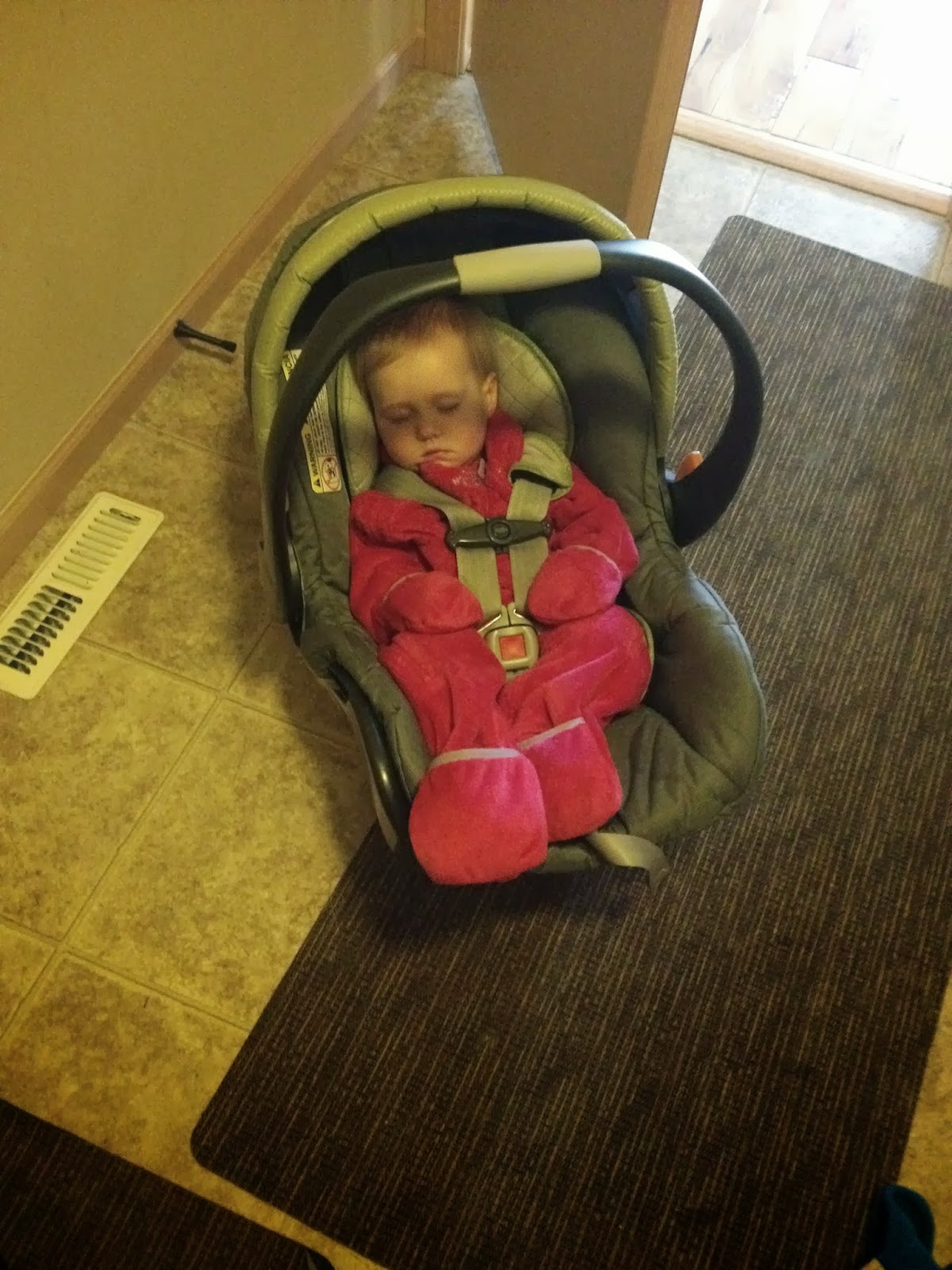 I planned to lie down and nap with Dorothy from 1-3 (her usual afternoon nap is 12-2, but we didn't get home from Little Gym until 1), but she was NOT HAVING IT.  So I worked on my online class and put away laundry while she happily played on my bedroom floor.  At 2:20, she got fussy.  We all slept from 2:25-3:05, and then we had to haul ass across the street.  Cooper cried the whole time because it sucked to go from warm crib to freezing cold street in 6 minutes.  He rebounded when I made them hot chocolate and put a whole box of cookies on the table. 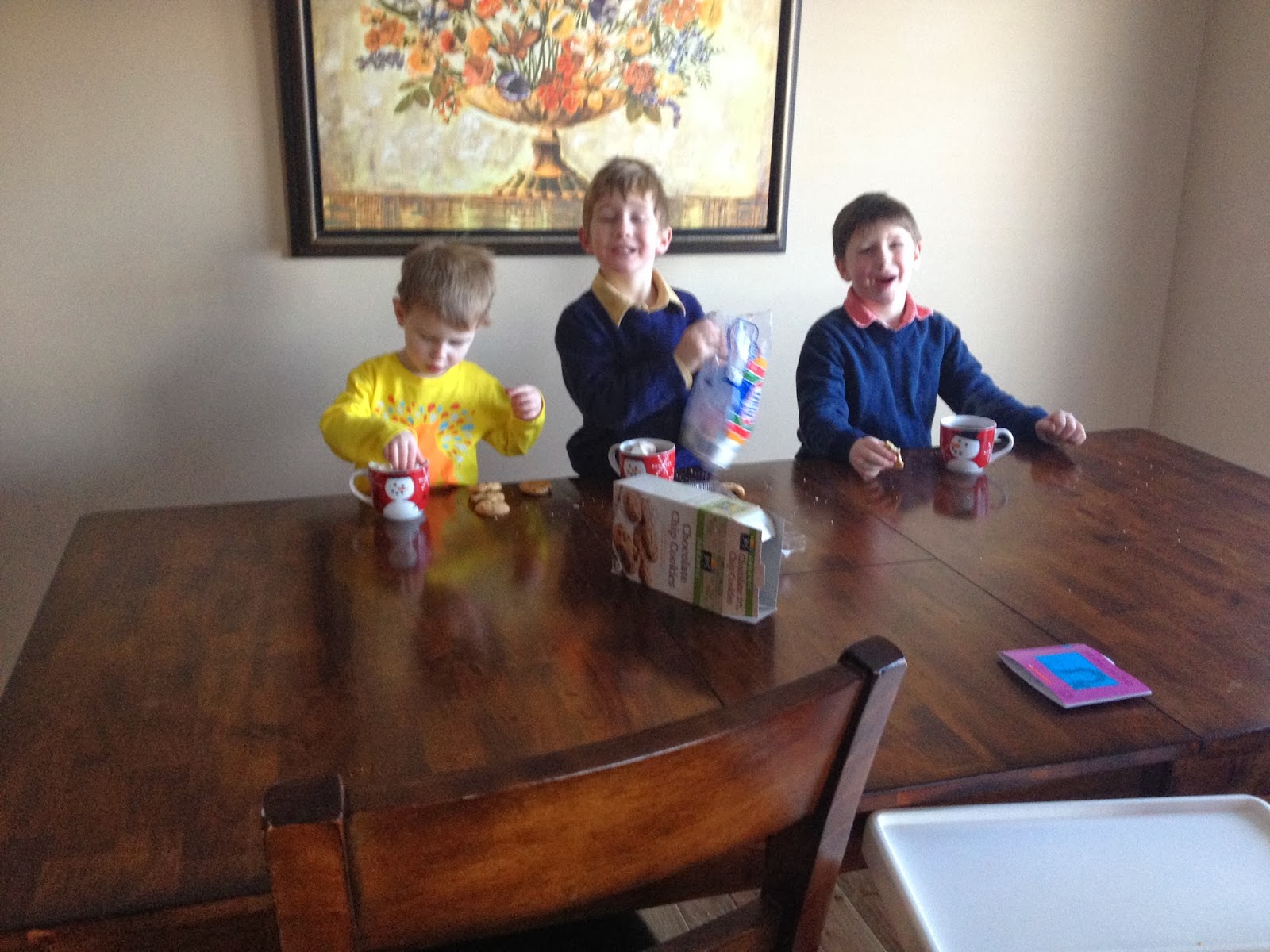 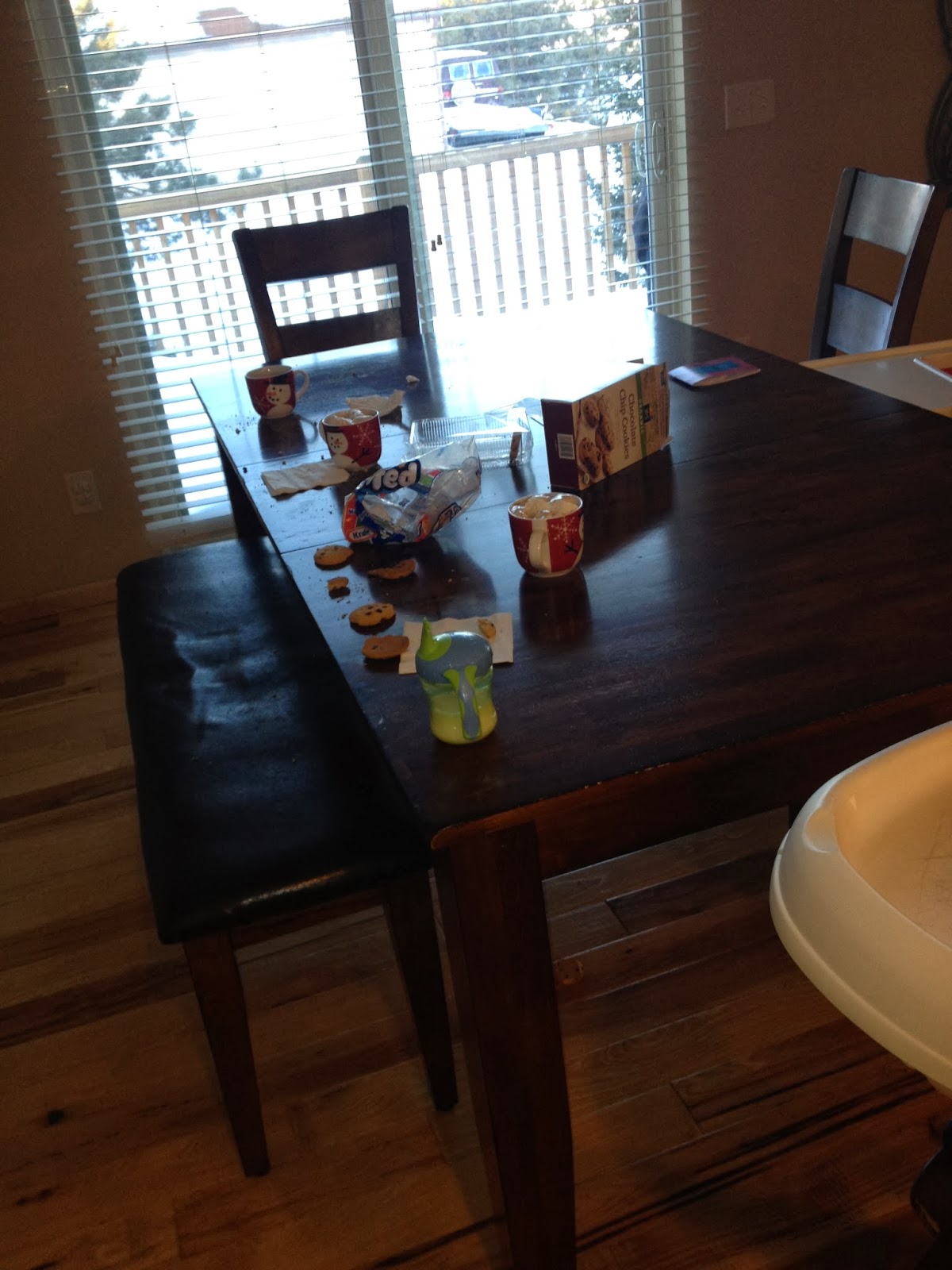 I am not going to lie; there were some screens.

Dorothy walked all over the place with her dolly stroller 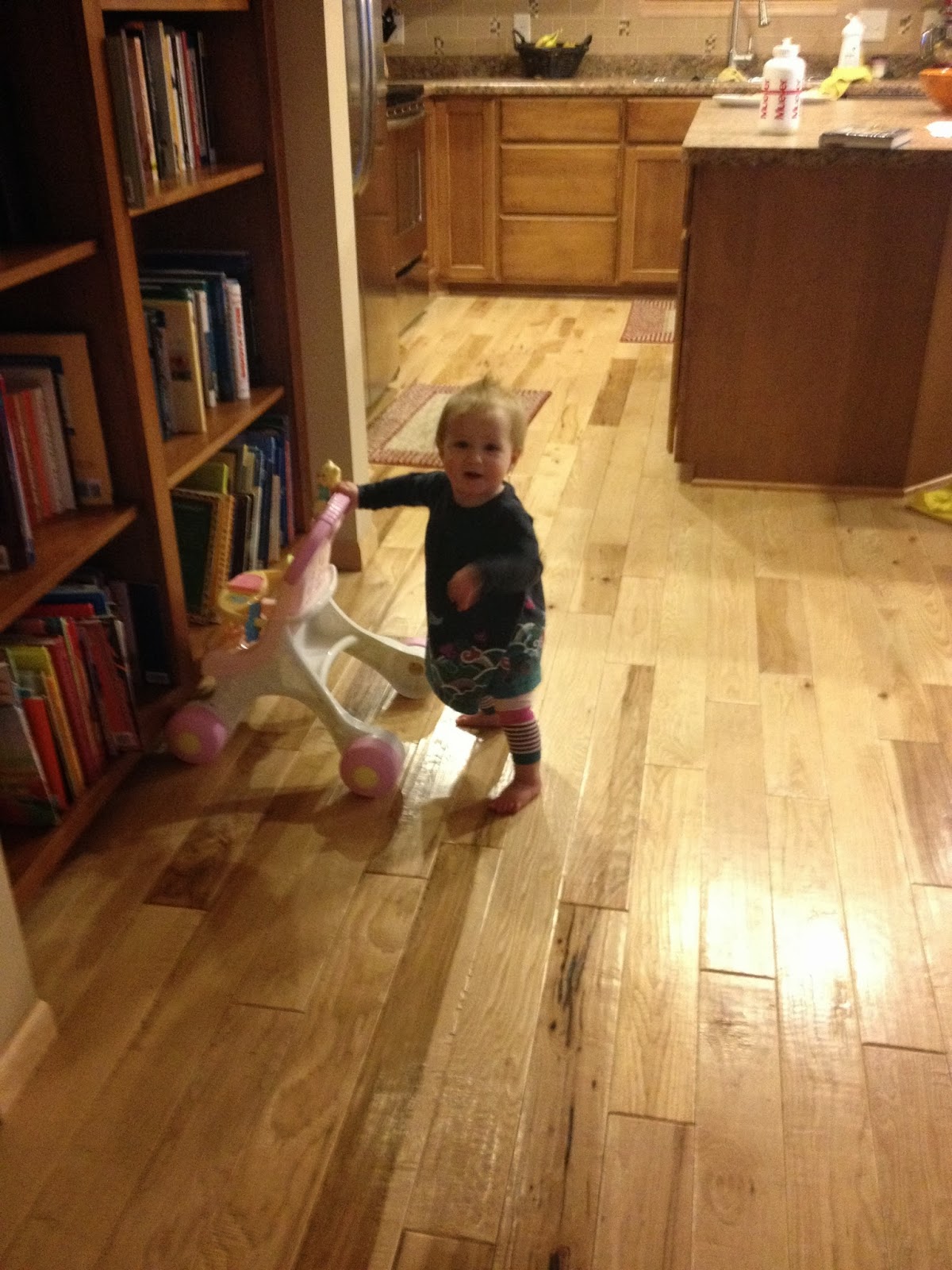 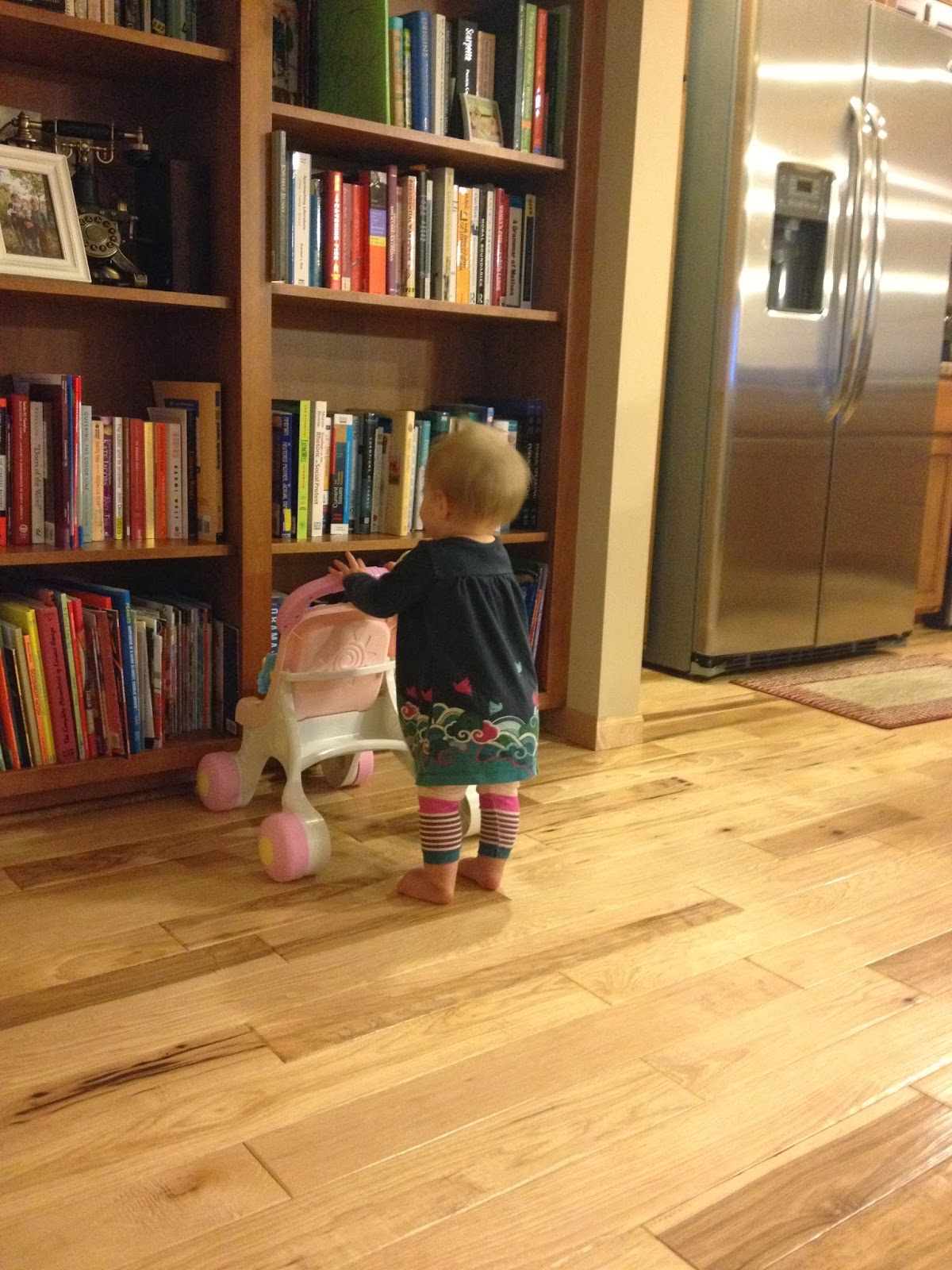 We took a selfie.  #lazyeye 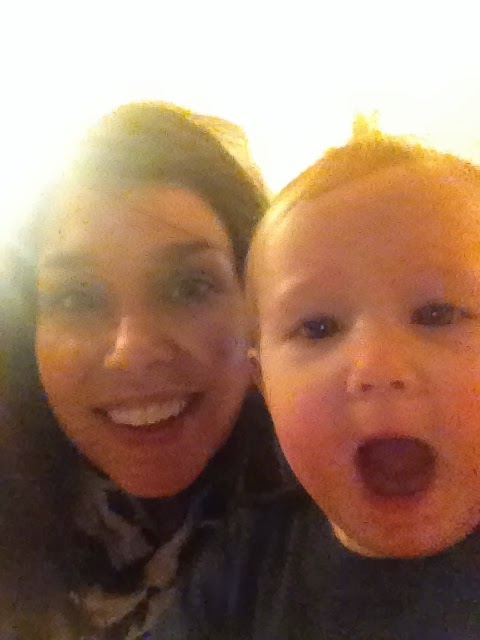 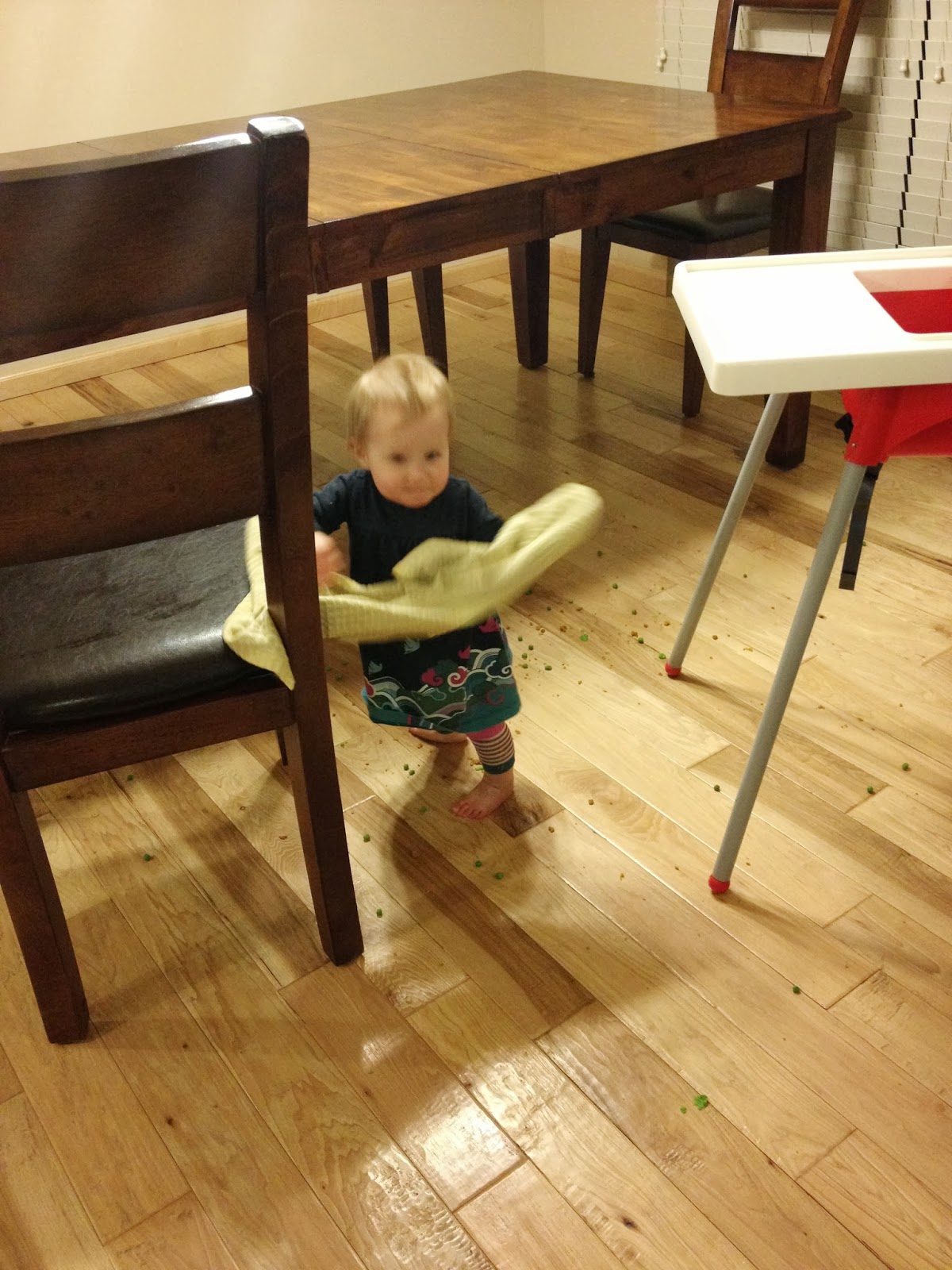 Harry supervised this nonsense so I could work out. 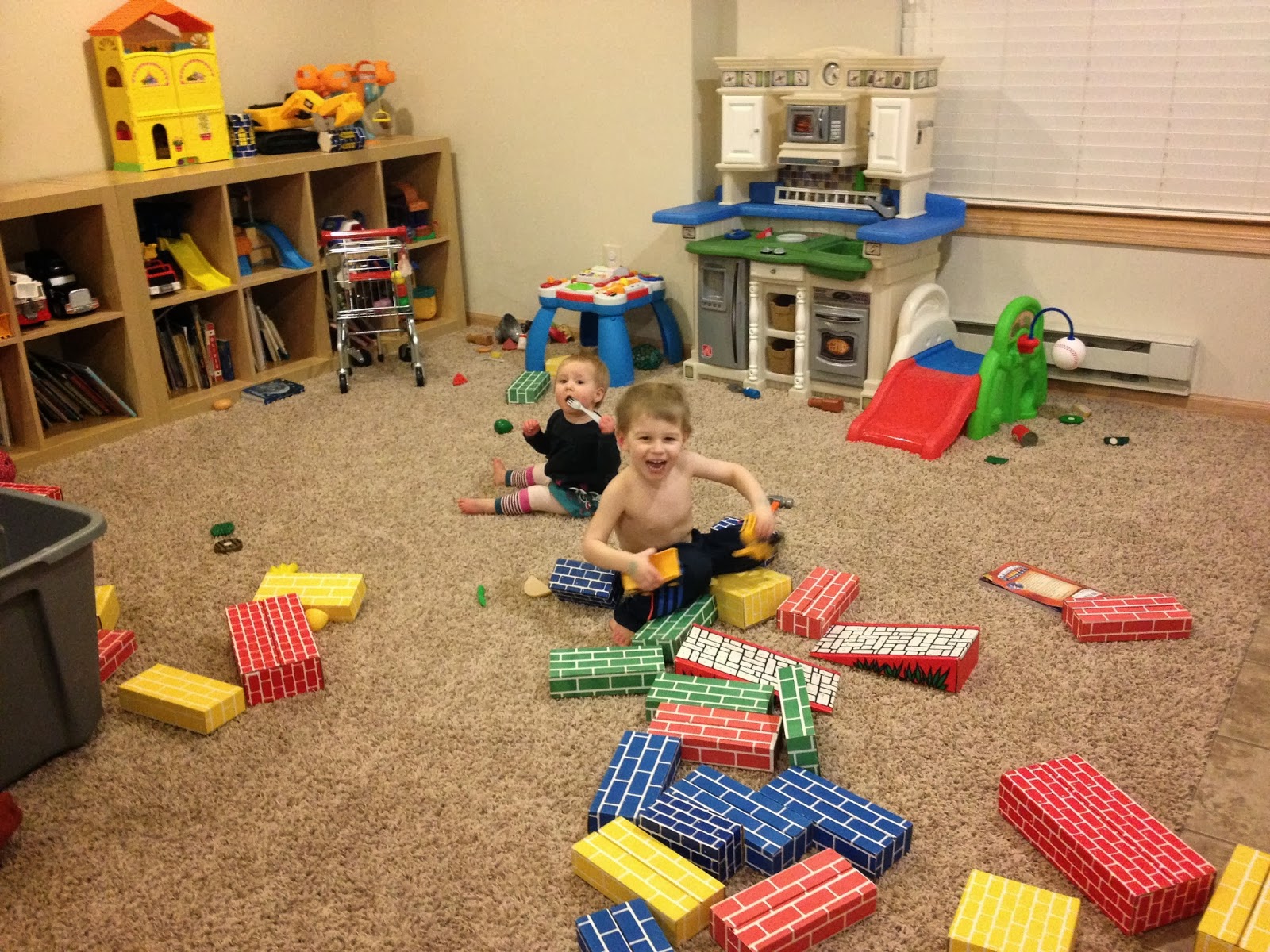 The he got completely lost in his book which has never happened before. Harry is a good reader, but he doesn't really LOVE to read.  It makes me so happy to see him engrossed in something. 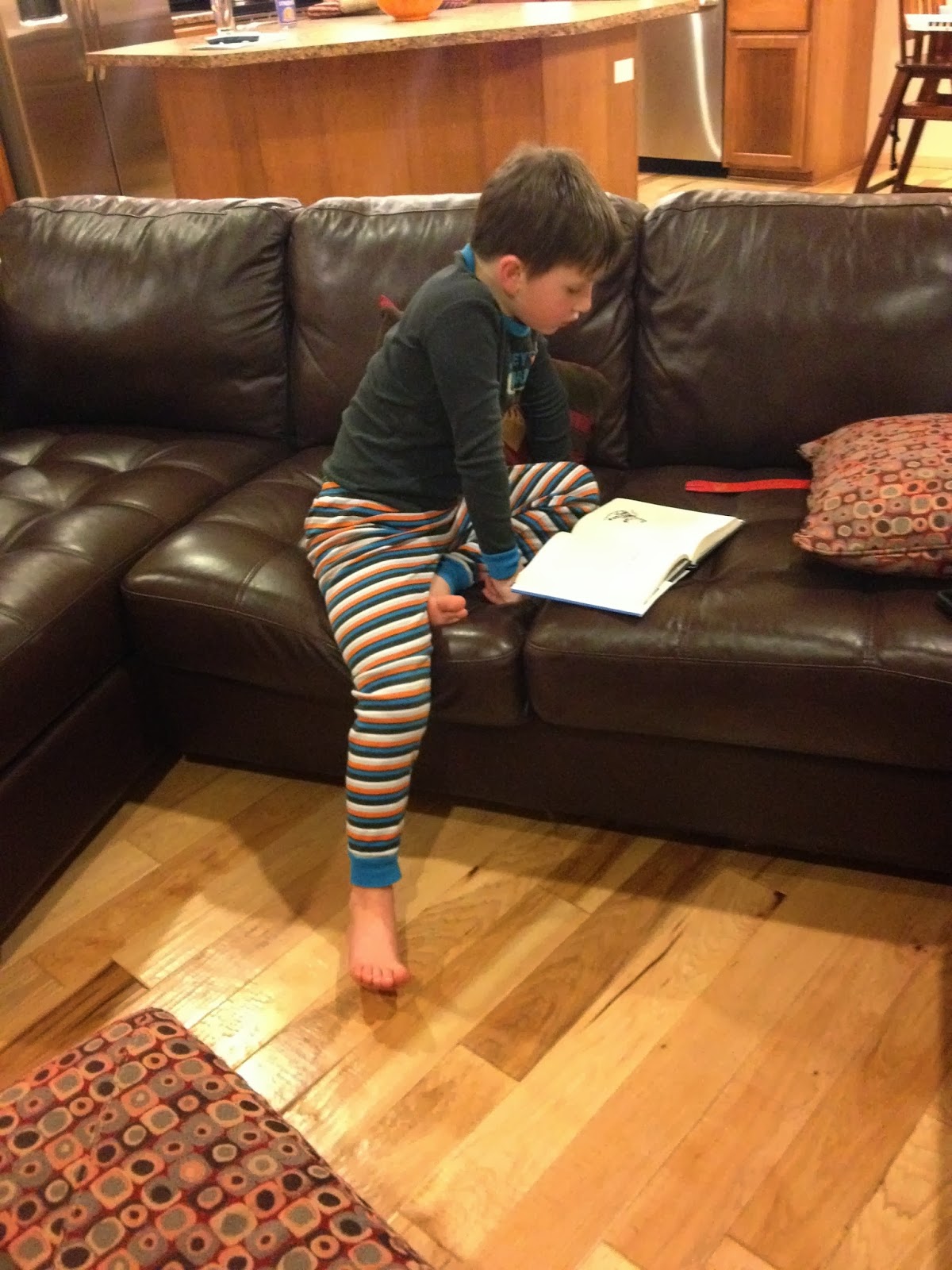 Tomorrow, I have a dentist appointment for me and Jack.  I need to take my library books back.  Ben works until after bedtime.  I have to take everyone to go pick up the scripts for the play Harry and Jack are doing.  You guys!  These 2 days are way harder than break, even with all the extra days of break. Damnit.
Posted by Sarah at 9:30 PM

I read Tales of my Father's Dragon to the kids and all of us loved it -- a great series of books! Z picked it up randomly at the bookstore and since I never say no to books, we brought it home.

Oh, Ethan LOVED that book! We read it to him aloud when he was a little younger; I wonder if he'd read it again on his own now.

Has he read The Familiars series? Its a great trilogy.

Ethan's the same way--he is a very good reader, but its not a great love of his, so he doesn't do it unless prompted. Every once in awhile he gets absorbed in a book and it makes me so happy.