Our car was really dirty and almost out of gas, so we decided to get a new one.

Ok, that's not exactly true.  I mean, yes, it was really dirty and out of gas.  And yes, we did get a new one today.  But the cause and effect thing is not real.  Maybe subconsciously.  (It was also really scratched up because someone drives like an asshole-- hint:  IT'S ME).

After a brief period of infatuation with a Suburban (THOSE THINGS ARE SO BIG!) we went with another Sienna, because 3 years is my absolute limit on a damn minivan.  What's worse than driving a minivan?  Driving an old minivan.  Bleh.  I really did want a Suburban, but you guys!  Have you looked at the mileage on those things?  I feel like I would have to fill up on the way to the gas station.

This minivan is red.

But yes, it is still a minivan.  Sigh.

And I refused to let the kids get the DVD package because the headphones are bluetooth and they do not need to be radiating their fool heads with that nonsense.  I barely want them to get dental x-rays. And plus also, they all have an iPad.  SPEAKING OF RADIATION.

Extra bonus:  Ben took the babies to the car dealership while I was at work today after bringing Dorothy to nurse on campus and bam!  New minivan.  Took 2 hours total.

I had to work today.  It was super fun.  I even ironed a tunic to wear-- I have not ironed in so long the boys all gathered around, shocked and awed by the technology.  I also work tomorrow.  Ben and the babies have big plans to ride around in the new minivan.  BUT NOBODY IS EATING A DAMN THING IN IT DAMNIT.

She tried to pick up a polka dot from her sheet for a good 2 minutes.  And she is 10 months old! 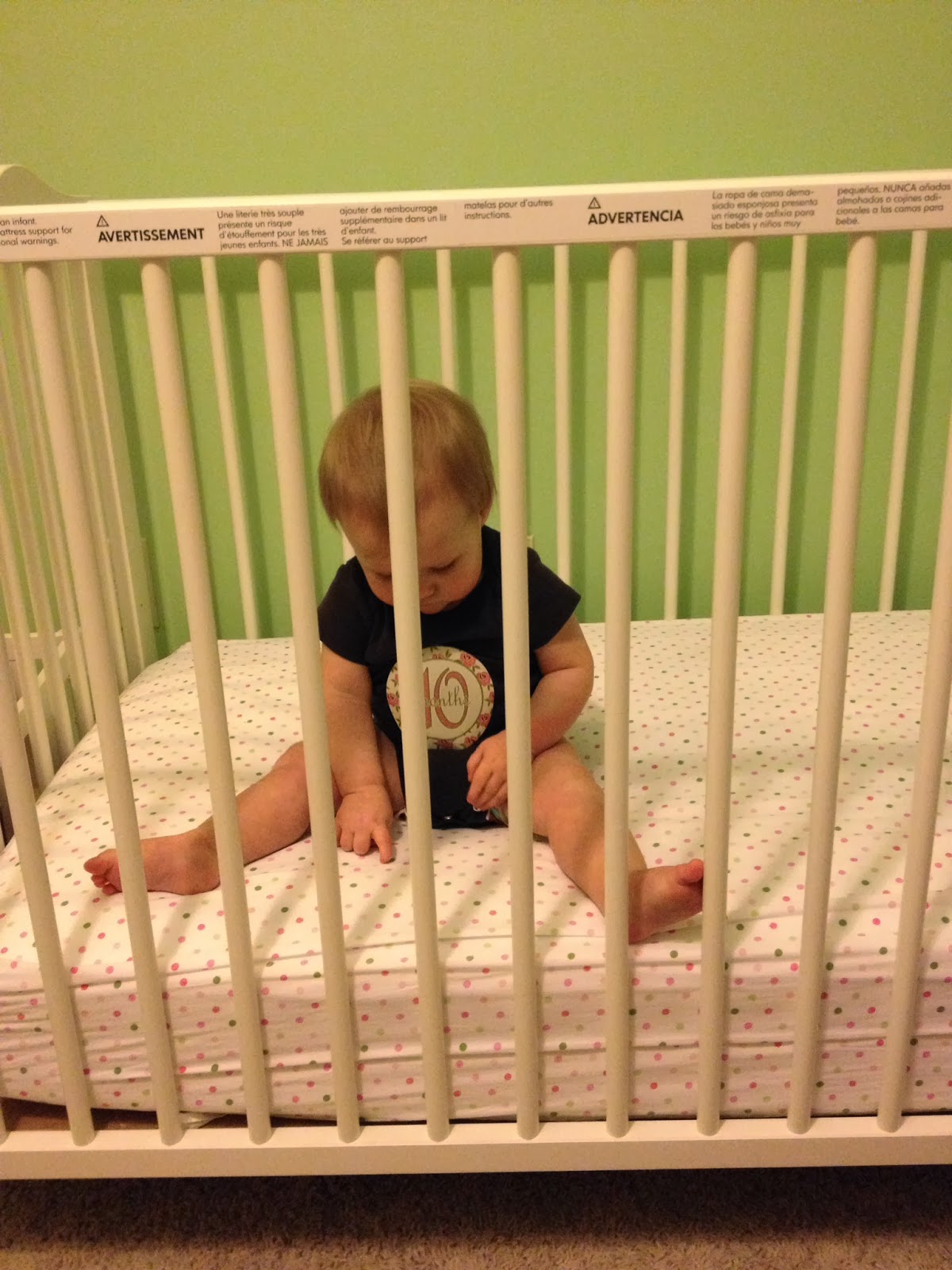 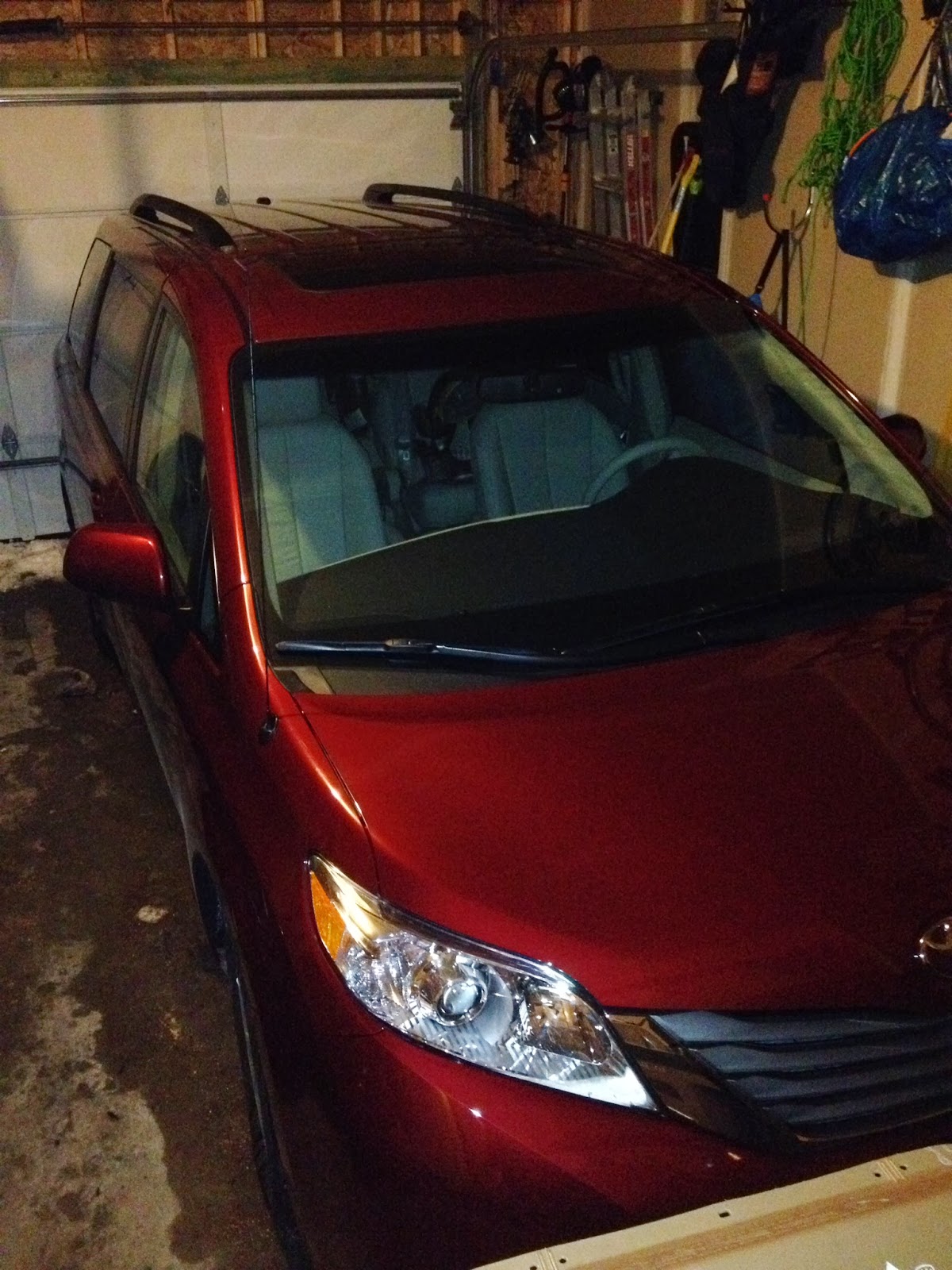 Look at that cute little tooth! 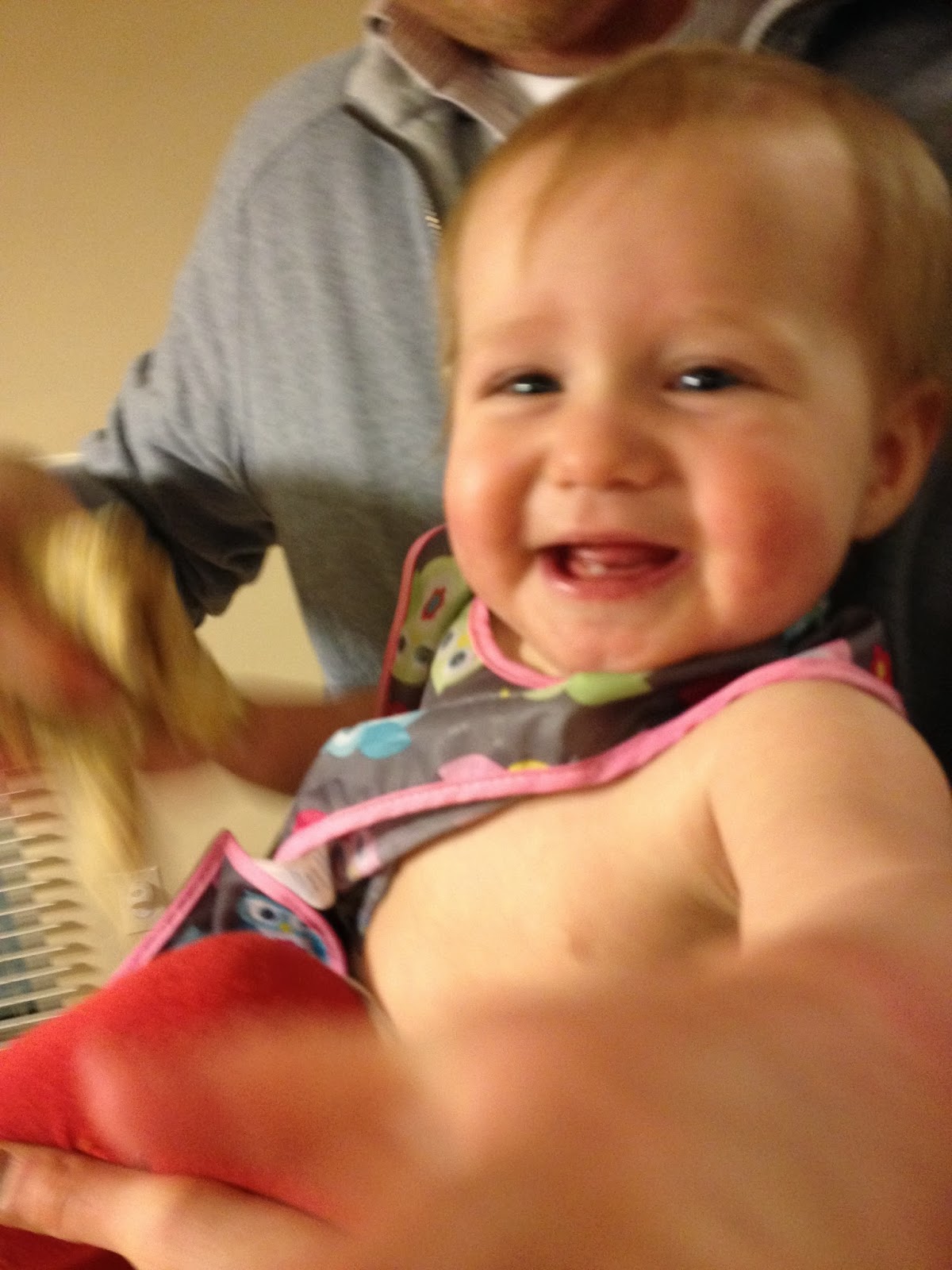 Your new car is so pretty!

I'm so impressed that you ironed; although I'm kind of surprised its not part of your daily cleaning routine. LOL My guest room has a built-in ironing board that comes down out of the wall--my mother's in heaven when she's here and staying in that room. I will never use it. Ever. :-/

Your new van is a great shade of red! Very snazzy.
I'm glad you held off on the Suburban - you'll need it once baby #5 arrives and the little ones are now the middle ones and the big ones are now bigger ones.

Yes this reminds me of my family life at home, impressed with the ironing, I must say if I did not have a lovely wife who cares for me like she does then I would also be pretty helpless. You have a great family and you are so lucky to have a new car now as well. Thank you again.