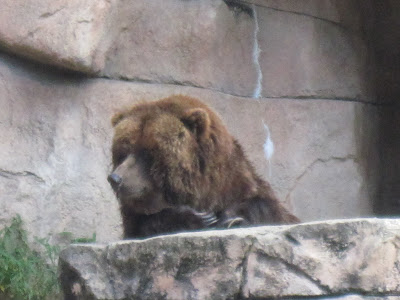 On the 4th, we took jack (and Harry of course) to see the damn bears that he can't stop talking about. Seriously, day in and day out it's bear this and bear that. He spends most of his time growling like a bear even. Bear is the answer to any favorite question, including food, color, and musical instrument. He will only wear socks with bears on them, and he only likes to hear bedtime stories about bears.
Even bear statues blow his little mind: 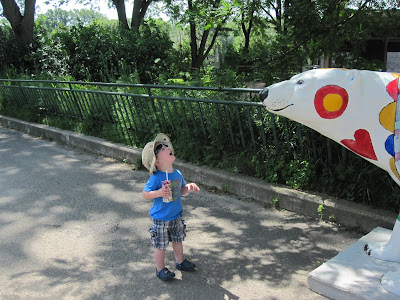 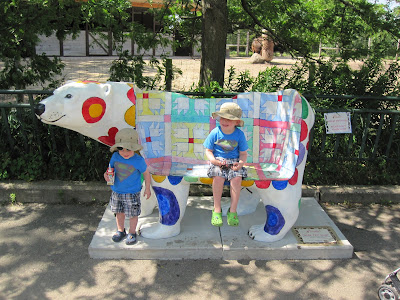 They were also huge fans of the penguin. 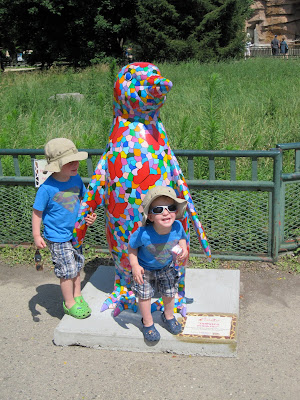 OMFG! Another BEAR!! (where was Harry? Looking at REAL animals like everyone else) 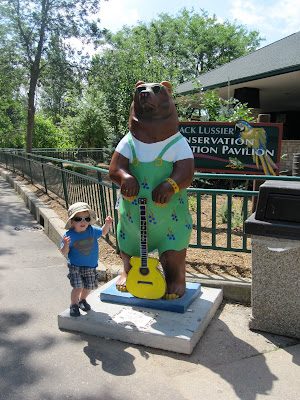 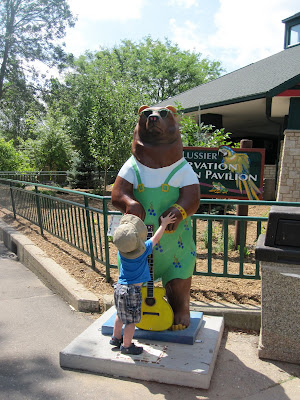 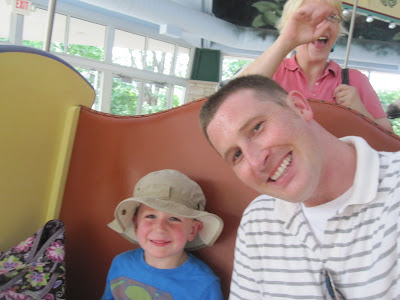 I know that wearing this hat not at the pool is like trying to make fetch happen, but whatev. it was sunny, and my skin is apparently impervious to sunscreen. Also, look! Jack chose a bear. Shocking. 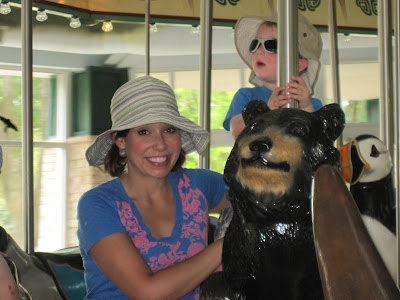 Clearly, I had him in a hat and shades to hide the hunchback eye. 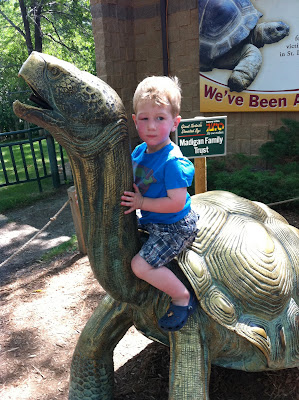 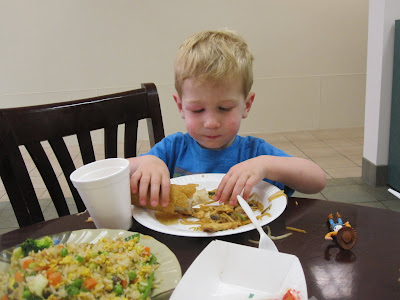 it's great to see Jack enjoy himself so intensely..what darlings they are...ever since you were here Huntley lets every little kid we see pet him and is very calm with them...I should have expected you and Ben would have exceptional children, (like yourselves)..Bomma

DYING at the fetch reference!

Now that you're done with summer school, we need to make plans to meet up in Milwaukee for a day. Email me some dates that work for you.

Between Lindsey Lohan's sentencing and this post, I feel the need to watch Mean Girls again immediately. For the 12th time.