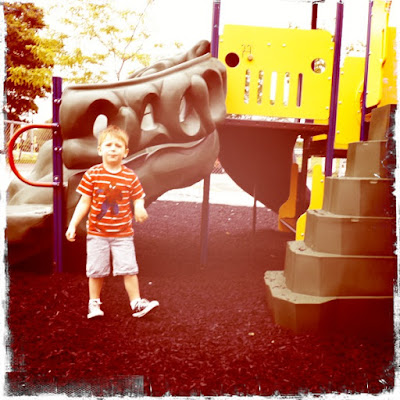 Yesterday was cloudy and gray and too cold for the pool. We played at the park for awhile after my morning workout, and Harry and Jack were warm enough from running around but I was chilly watching them from my spot on the concrete.

I fantasized about cold nights and Uggs with jean skirts and hoodies for about 3 seconds, and then I started thinking of the snow and slush and Winter with a capital W. Ugh.

(I am totally being a dram queen, BTW, because it was like 72 yesterday, far from freezing. 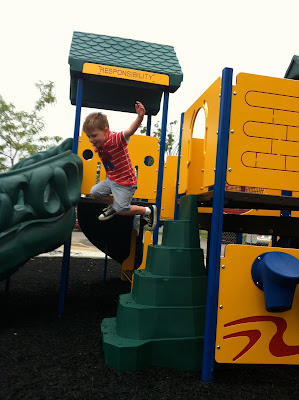 Jamie gave Jack this Classic Pooh (a bear whose name is ACTUALLY Pooh-- perfect), and he carries it everywhere, which is both adorable and sad.
href="http://4.bp.blogspot.com/_FhjcCtieLI0/TFQZbuRnLiI/AAAAAAAANbM/C06pJm1wFIY/s1600/IMG_0253.JPG"> 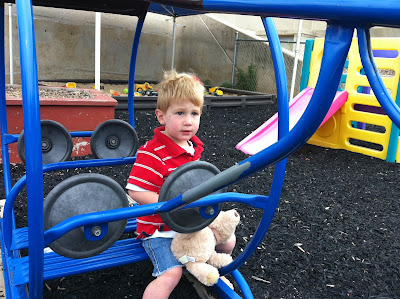 Look at his buried toes-- the kid cannot keep his shoes on at a playground-- he loves tires, rocks, woodchips, dirt between his crowded little toes. 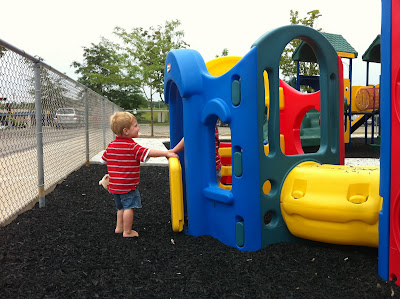 The first thing Wes asks for every time we go outside is to take off his shoes. He's Mr. Tactile Experience.

And it was about 70 yesterday with a light breeze off the water and I felt like needed a blanket when I was sitting on the porch. TX is going to be a rude awakening.

Paige is the SAME way about being barefoot on the playground. And just like Jack, it doesn't matter what she's walking on. Makes me crazy!