Jack would like nothing more than to play tee ball like Harry. He always warms up with Ben before the game 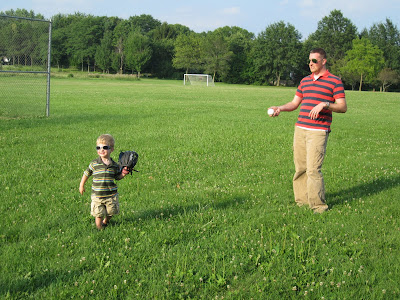 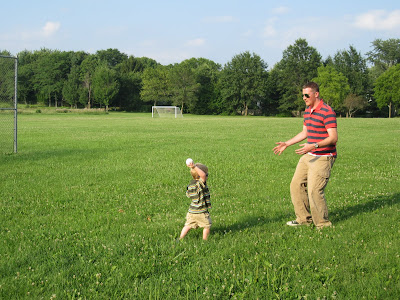 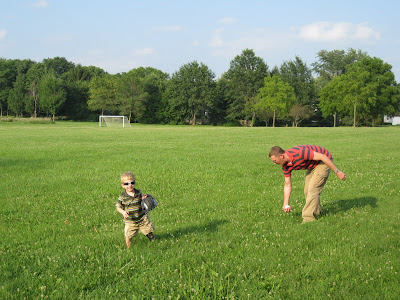 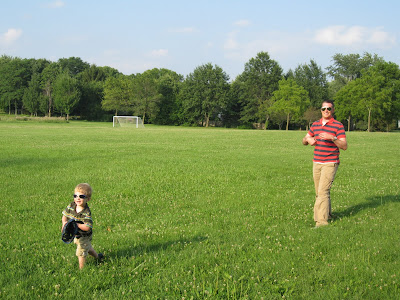 and then returns to his spot as a reluctant observer while the big kids take the field. 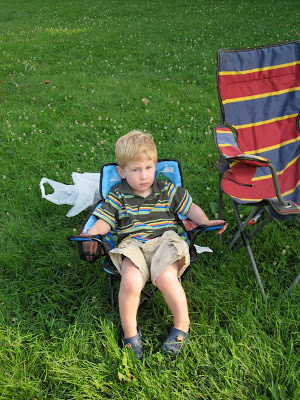 Harry was playing so well the other night. He got a huge hit, and he sort of remembered to run the bases in the right order. 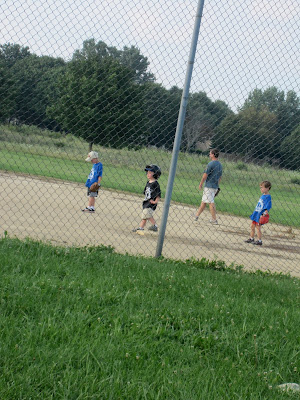 He kind of paid attention when he played third base-ish, and he hustled after a few balls. 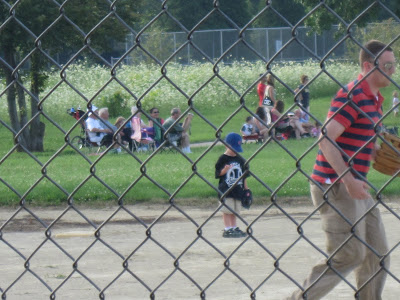 The other moms and I were talking about fall activities, and I was almost all set to sign Harry up for the fall tee ball league with a few of his current teammates when he started crying at first base and ran off the field demanding water. He chugged some and went back to his team. All seemed sort of well, so I turned my attention back to chatting.

Next thing I knew, Ben was all pissy with me for not paying attention, and Harry was having a sobbing, gasping, flailing fit over batting order.

So. Yeah. Maybe not so much of the fall tee ball. Just soccer, swim, and ballet, I guess.

(And don't worry-- Jack finally gets to play ball in a multi-sports class for babies (toddlers) while Harry is at soccer. I am sparing him the indoor swim lessons because he hates them, and he can't do ballet until he's 3. But still. Ball class. Finally.)
Posted by Sarah at 1:07 PM

I'm so excited that E's preschool is offering soccer, gymnastics and ballet as after-school enrichments on each of the days that E is attending. That is making my fall planning a LOT easier. He's just going to stay 30 extra minutes those three days.

I cannot get over how much Jack just looks like a little grown up man.

So cute! We went the soccer route for the summer but I don't know if we'll continue. Maybe t-ball (but first we have to find a tiny left-handed glove).

When my little sister was jealous of my teeball playing, my dad had the genius idea of making her the team's mascot. She had her own outfit in team colors -- not styled like the uniforms, mind. That way she got to be "part of the team" even though she was too young to play in the league. Think Jack is mascot material? :)

I am kind of ready for AJU5 to be able to do activities int eh fall. We are only doing one- AWANA - but I am excited. Now I just hope she will enjoy it as much as I do!