Two years ago, our townhouse did not feel like the upside-down albatross it does today. Two years ago, we only had one child-- a 9-month-old baby, and we were so darn proud of ourselves for joining the ranks of homeowners. We were shocked, really, that we could buy this place, and we had so much fun painting the walls and picking out floors.

When we moved to this town, we were b-r-o-k-e. The week before we moved, Ben won $900 on the gambling boat in Peoria, thereby tripling the amount of money he had to his name. I was pulling in 4 figures as a first-year doctoral student, and Ben was armed with an MA degree so new the ink hadn't yet dried on his diploma. We moved into an apartment complex that in retrospect was really scummy but that charmed us at the time. (We really dug the two skeezy pools and the stagnant swamp in the middle of the grounds that masqueraded as a pond. We were stoked about the goose-crap covered tennis courts, too.) The day before Ben was to start a job as a suit salesman at a department store, he got hired as a marketing assistant to a local insurance salesman. The day before THAT job started, he got his first real job-job as an admissions counselor at an online college (that has since become an online university and still employs Ben as an assistant professor in his spare time) and left the insurance guy high and dry. (I will never forget the snarky email he sent scolding Ben for his unprofessional conduct. A real people person, that guy).

Slowly, things got better for us financially. Ben traded up jobs a few times, and I began to collect a salary in the mid-teens (LOL). We moved to a less scummy apartment complex for awhile, and then we took advantage of the ridiculous mortgage programs that eventually broke our country and bought our first house, erm, condo.

And there, or here, we sit. How long we'll sit here is uncertain. Until the walls bulge out from the pressure of all the freaking toys we have crammed inside? Maybe. Until we say screw it and take a hit on the sale of our very first house? Hope not. Until the market rebounds and we can maybe break even? Who knows when that's gonna be.

I really do feel bad complaining because I know our situation could be a billion times worse. But ever since we got the bad news postcard from the tax assessor's office last week, I have sort of hated my house. Which is unfair, I know. It's not my house's fault that there are too many people and not enough bedrooms and too much crap and not enough storage. And knowing us, the amount of people and crap we sustain would just grow to fit the confines of a new house. Then we'd have to buy a bigger house and amass more people and things. We're like goldfish, growing to fit the size of our tank. 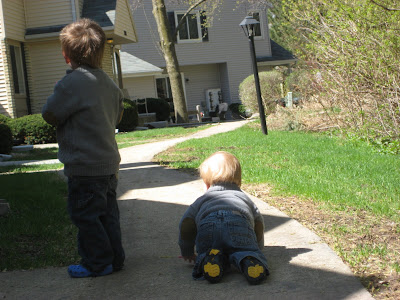 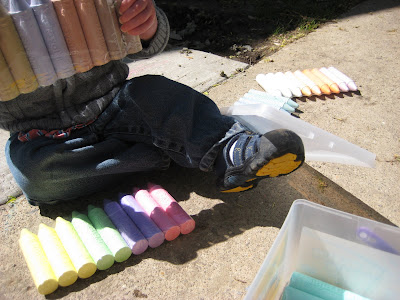 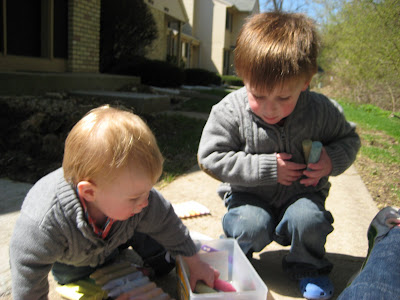 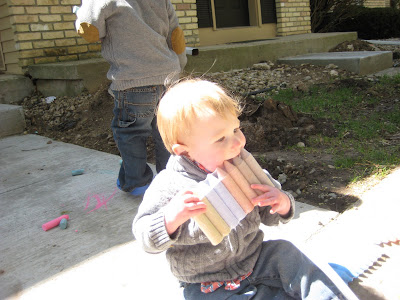 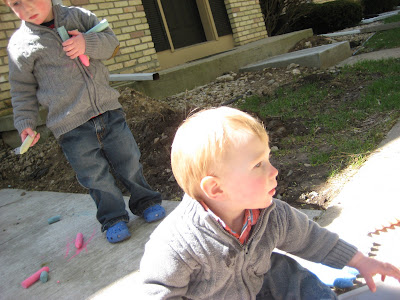 Grampa Jack and I are very proud of your life and lifestyle in only 4 years, and things will definitely work out..just don't know when..have patience, your family is marvelous...omma

This is such a cute post! Sorry you hate your house.... I love it!

How cute are they in their matching sweaters!! Sorry about the house thing. So frustrating! Having a yard is overrated though. Lots of work and then it rains and all the weeds come back to mock you. GRRR.

We are in a VERY similar situation. We would love to add to our family but don't know where we would put the poor child. Maybe they could sleep in Mary Catherine's giant play kitchen? The toys are taking over our tiny home.

Here in the DC burbs the cost of living is so freaking high I don't know how young families like ours can afford to live in big single family homes.

I have no great advice but wanted you to know we feel your pain..... oh and the boys are off the charts cute. Those little faces, my goodness!

I bet before too long you will be able to move Jack in with Harry. Then the house won't feel so cramped. Also, have you thought about putting some of the toys in "storage?" Maybe your parents would be willing to house a few toys on a rotating basis. This will make them more exciting (because they will seem new when they return) and you won't have as much clutter!

I am laughing so hard! I stumbled across your blog (I'm one of the editors of Mama, PhD) and I could have written parts of this post.

Two years and a smidge ago, we also had only one child, and a nice new townhouse, etc. Now we live in an unrecognizable jumble of toys and kid paraphernalia and crayon all over the walls. Sigh.

Love the idea of the baby in the play kitchen...we just brought home our third (baby, not play kitchen) and while we've managed to find room for him so far, I have no idea where we're going to put all the requisite stuff babies seem to bring....

Thanks for the laughs. :)