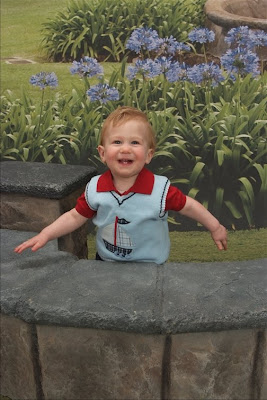 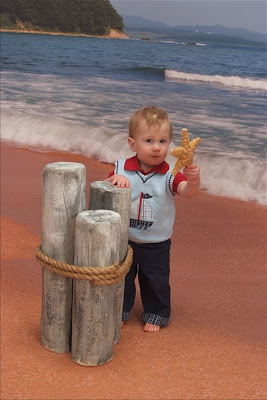 We even got the black backgrounds which we also never get because they look a little velvet Elvis-y to me (no offense if that's your thing) Also, we bought some of the black ones only because of his resemblance to Chris Farley. 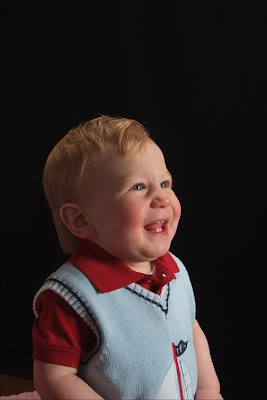 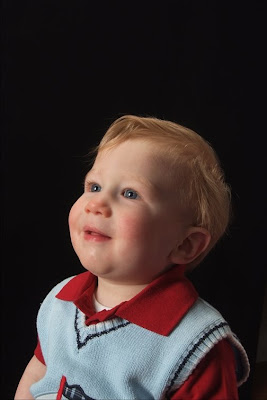 I'm a sucker for the sad ones. He was sad because we removed his shoes 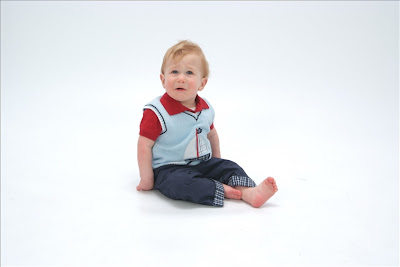 Standing on the block made him happy again 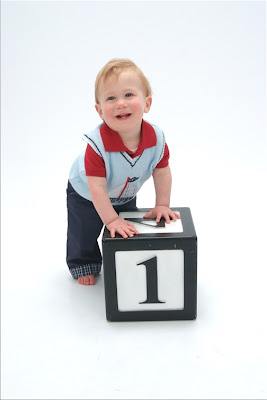 So did the teeny chair 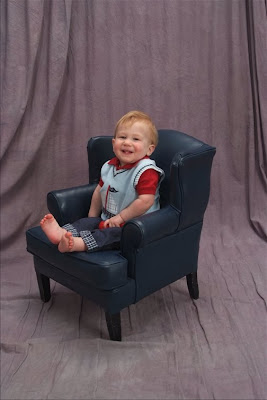 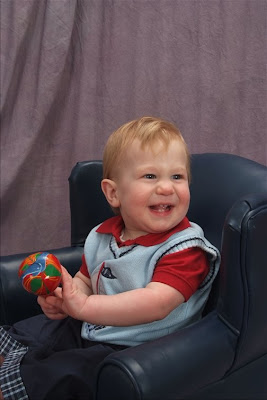 Trust me when I tell you there are more where those came from.

Ben and I left Harry with my parents, and we took Jack to get some pictures at a photo chain store, and while we were there, marveling at how easy it is to care for just Jack, we realized that we had never before taken just Jack anywhere. Well, one time when he was a neonate, the three of us lunched at TGI Friday's, and Jack nursed in the booth the whole time, but that hardly counts because he wasn't really Jack yet, you know?
How awful are we? NO time for just Jack. Ben and Jack grocery shop every Sunday, but that's it for his one-on-one time. He naps when Harry is at preschool. I guess there's a 45-minute Little Gym class a week with one or the other of us. But no time with Jack and both of us.
We would try to rectify the situation by getting a babysitter for HB and taking Jack out more often, but if Harry gets any more jealous of the J-man, we're going to have some fratricide on our hands.
Excuse the abrupt ending-- there's a repairman on our roof who has seriously compromised nap time.
Posted by Sarah at 2:01 PM

Those are adorable! He does resemble Chris Farley. It's uncanny.

We have had some secret just-Wes time while Charlie was in school. He and I have met Ryan for lunch. Charlie would be so disappointed if he knew!

I don't see the Chris Farley resemblance, to tell you the truth. He does look like Gtrandpa J stuck his face in a cut out of a baby, like you do at some tourist places. He is the spitting (see his chin in the black background pix) image of his grandpa and his dad. We think he's lucky, because they are good looking!

He is very cute in the pictures! He seems to love the camera!

Love the pictures. Tee Hee on Chris Farley. Oh and just jack time broke my heart cuz, i too, am guilty.

Oh and LUV the nautical threads!