How the hell do people get ready for work and take their kids to daycare in the morning? I can barely get my crap together to leave the house on my own, let alone with both of my kiddies and the seven tons of plastic junk they need to sustain themselves for a day.

This morning while I was getting dressed, Jack crawled away, pushed open the door to the toy closet, and helped himself to some plastic food. Then he pooped his pants, which is funny only because Harry poops his pants in the closet every morning, too. 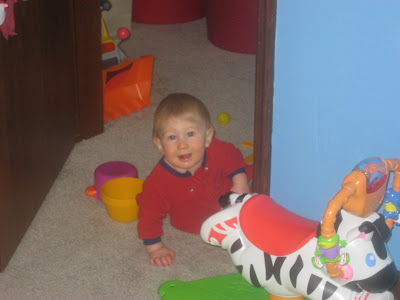 He was really happy to see me. Also drooly and snotty. 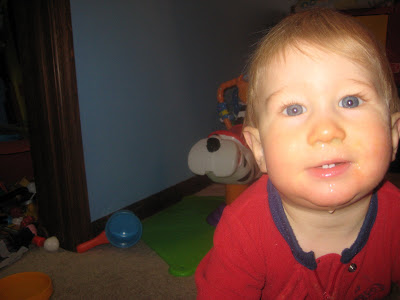 We spent some time coloring this morning. Jack encountered crayons for the first time. 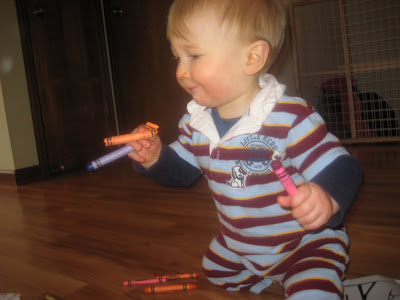 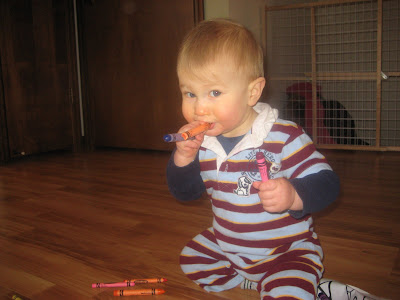 Harry was NOT AMUSED because he was BUSY COLORING BUZZ LIGHTYEAR, so LEAVE HIM ALONE. Also, only big boys can use colored pencils Did you know that? Jack found out the hard way. 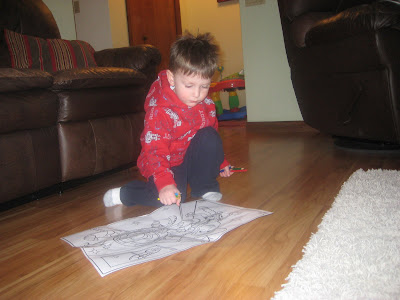 Harry was not impressed with Jack's work. 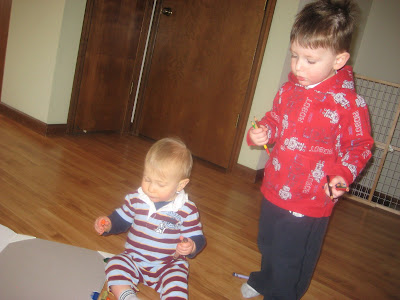 Here he is telling my why Jack's picture sucked. It had a lot to do with the fact that all Jack's crayons were too wet to write. Shut up, they say "Non Toxic." And really, since there's e coli in peanut butter and mercury in all the processed freaking snack foods we lazy convenience loving parents feed our kids, crayons are like practically an organic delicacy. 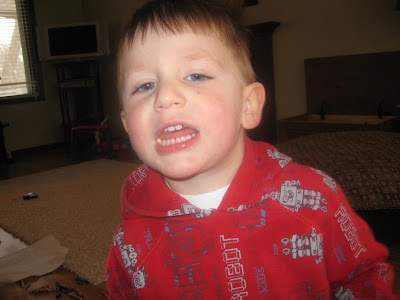 Harry pointed out that Jack looks a lot like Jack-Jack, the Incredibles baby. 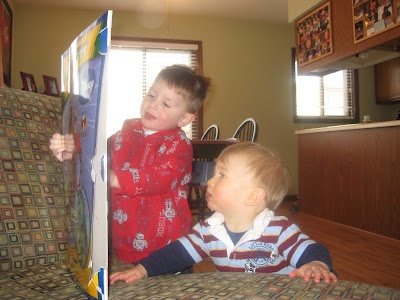 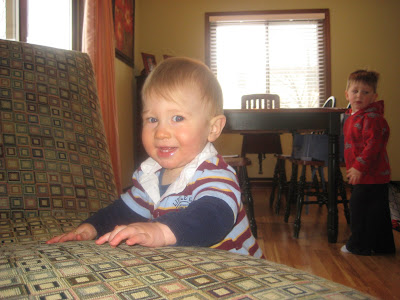 Okay. Back to work. And by work I mean Facebook.

Kidding! I will whip chapter 3 into shape today NO MATTER WHAT. As soon as I proctor an exam for a student looking at last semester's incomplete, return library books that are so overdue I am actually getting personal messages from someone at the circulation desk instead of generic "Notice of fine or fee" emails, and get some lunch.
Posted by Sarah at 11:14 AM

I so wish there were crayons packaged in such a way that little ones wouldn't eat them! Why are they so tasty?

What's with the library shame? It's the worst! I have a crayon lover here too. Probably two before long.

I love your kids and only wish you lived closer. I totally loved to eat crayons when I was little. Yum. And look, I turned out just fine....

Jack is so happy! He totally is not offended by Harry's critique of his work!

Both boys are getting more adorable every day..when I was in kindergarten (a few years ago), I liked the tast of school gloe....Bomma

Harry's looking like such a big boy! I sympathize with the trying to leave the house....I don't think we've left "on time" in about 5 months.